USDA Licenses First Bee Vaccine – Be Careful Where You Get Your Honey and Almonds!

It is becoming increasingly apparent that the US government’s answers to almost every health problem are now new vaccines.

Dalan Animal Health announced this week that the US Department of Agriculture granted them a conditional license for the first vaccine for bees.

The United States Department of Agriculture has granted a conditional license to the first vaccine for bees, Dalan Animal Health announced Wednesday. The Athens, Georgia-based company has developed an oral prophylactic that they hope will be effective against a highly destructive spore-borne bacterial infection.

“Our vaccine is a breakthrough in bee protection,” Dalan CEO Dr. Annette Kleiser said in a statement, suggesting it could “change the way we care for insects, affecting the production of ‘food on a global scale’.

American foulbrood is a bacterial infection transmitted to bee larvae by spores. Although antibiotic treatment can mitigate the impact on adult bees, US regulations adopted nearly a century ago require the burning of an infected colony.

Dalan’s technology “uses a transgenerational immune priming approach,” using the queen to pass on immunity to the larvae before they hatch. In practice, the vaccine containing “killed whole-cell Paenibacillus larval bacteria” is passed by worker bees to the queen through the royal jelly and ends up in her ovaries. The company claims that efficacy studies have indicated that this “may reduce larval mortality” associated with Foulbrood infections.

If the approach is successful, Dalan intends to apply it to “other bee diseases and underserved industries, such as shrimp, mealworms and insects used in agriculture.”

California accounts for nearly half of all bee colonies in the US, due to high demand from the almond industry. Almond plantations in the state’s Central Valley provide about 80 percent of the world’s supply and require up to 30,000 colonies to be trucked there each year during the pollination season.

Concentration has a downside, as bees can be poisoned by pesticides or pick up infections from other swarms, requiring apiaries to destroy millions of insects rather than send them back. (Full article here.)

For nearly a decade, we’ve been warning people that California’s government-subsidized almond industry threatens America’s entire food supply, because it needs most of the nation’s commercial bee population just to pollinate the almond trees every year, where they are exposed. to all pesticides and herbicides used for the mammoth almond industry. Check out our previous coverage on this topic:

Are California Almonds Destroying the US Bee Supply?

How did almonds overtake peanuts as America’s nut? The dark side of almonds

Almonds are now the most consumed nut in America, surpassing even peanuts. Americans’ consumption of almonds has increased 220 percent since 2005.

Is this meteoric rise in almond consumption due to consumer demand or consumer compliance?

A behind-the-scenes look at how almonds came to dominate the market, and what it takes to produce such large quantities, reveals a dark side of almonds that most consumers are probably unaware of.

80% of the world’s almonds come from California’s Central Valley. Almonds are the #1 agricultural crop grown in California. It’s a $4 billion industry.

Like many commodity crops grown in the US, almonds are regulated by the USDA (United States Department of Agriculture) and receive millions of dollars in farm subsidies and other tax revenue. This gives California almond growers a distinct advantage in controlling prices. (Full article.)

No other US state can compete with California, so you’re unlikely to find any US-grown almonds that are no from California 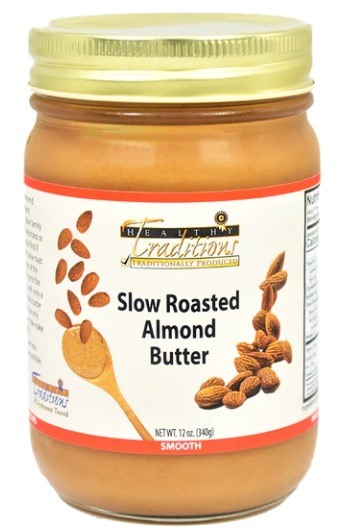 I know, because I looked for them, to be able to offer an alternative to our online store of Healthy Traditions. We had to import them from Italy, where we found producers who do not use pesticides and herbicides and test them clean. They cost more, but our almond products are so popular that we have a hard time keeping them in stock.

Honey is one of nature’s most perfect and beneficial foods. The documented research on the incredible health benefits of honey is truly astounding. If you type the search term “honey” into the National Library of Medicine’s NIH government website, you’ll get nearly 16,000 results from peer-reviewed medical journals.

It is the ONLY sweetener on the market that you can buy that is a complete, whole food, unlike granulated sugar, which is an extract from a grass (sugar cane) or beet (sugar beet).

But even before this USDA license to allow beekeepers to vaccinate their bees, nearly all honey sold in North America has been contaminated with RoundUp’s herbicide glyphosate. This even includes Canada:

For nearly a decade we were very fortunate to have a source in remote areas of British Columbia, Canada that produced Canadian honey that was among the less than 1% that tested free of glyphosate and other chemical products.

This honey test was not only clean, but it was certified organic, which is one of the most difficult certifications to achieve for honey, since the radius a bee can fly covers many kilometers, and you have to make sure that bees do not have access to commercial crops.

Bees collected pollen from a wide range of wildflowers that grow in this remote area of ​​Canada, and the owner only harvested the honey for a 6-week period during the short Canadian summers.

We felt it was the best honey in North America and our customers overwhelmingly agreed. It was one of our best selling products, second only to our coconut oil products.

But in 2020 we received the sad news that even in this remote area of ​​Canada, the honey now showed trace amounts of glyphosate when tested, and unfortunately we had to stop selling it, as we refuse to sell any product that tests positive for glyphosate. .

So we began our search for a substitute, and our contact in Chile who gets our extra virgin olive oil told us about a source of raw honey that was harvested in the Andes mountains and the Chilean tropical forests. They exported their honey to Europe, where it has won several awards, and tested each batch for pesticides and herbicides.

After testing their current batch ourselves to verify their claims, we imported this honey into the United States and began selling it, and now offer it in 14 oz. glass jars, and in gallon buckets and 5-gallon buckets for those who want to invest in long-term stored food, as honey never goes bad if stored in airtight, moisture-free containers.

You can learn more about this premium product here. 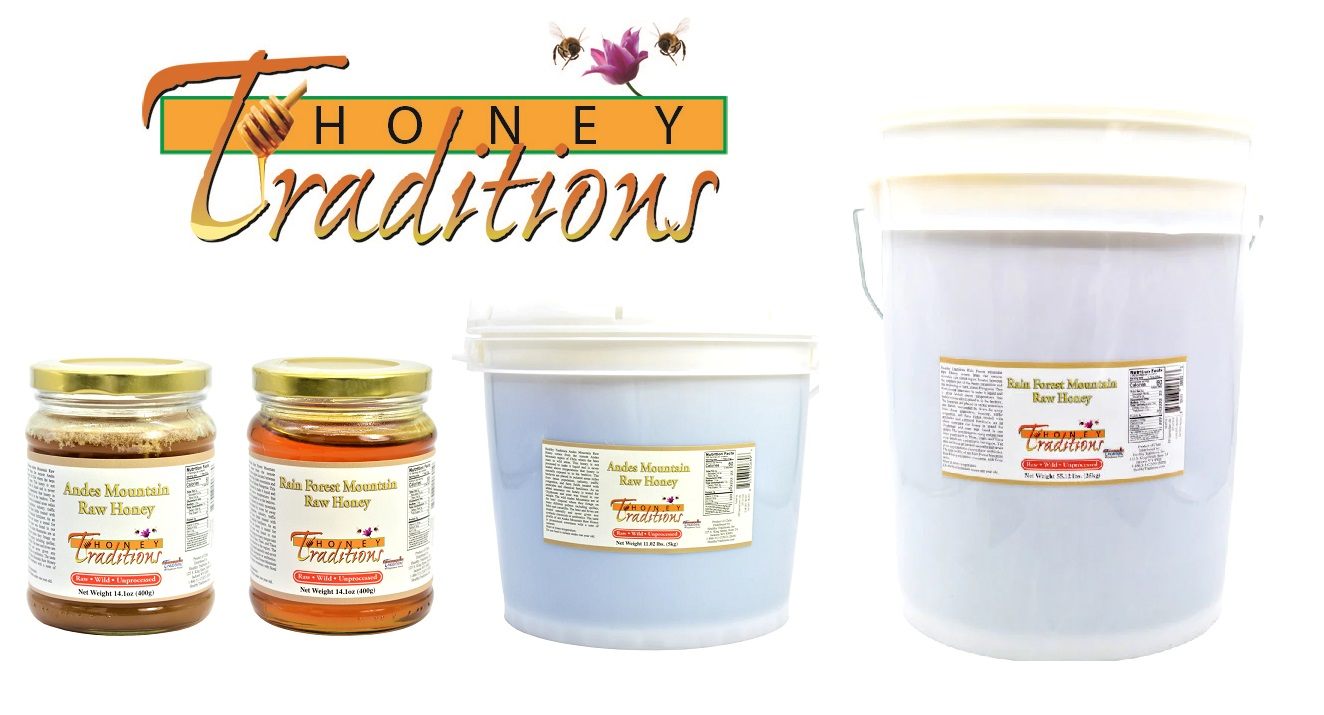 Disclaimer: Yes, I make money if you buy my honey and almonds

This should be obvious, but yes, I have Healthy Traditions, an online e-commerce store that started as Tropical Traditions.

I have owned this store for over 20 years, and you can read about the tremendous opposition I have faced over the years in fighting the FDA, IRS, terrorists, and many other obstacles to carry alternative products to Big Food and Big Ag to the public for over 20 years here:

Healthy Traditions: 20 Years of Proving God’s Faithfulness in Offering an Alternative to Staple Foods and Products

In fact, it’s quite the opposite: I sell products on Healthy Traditions so that I can publish free articles for the public, as a truly independent journalist. Healthy Traditions has been around for 21 years, while Health Impact News was started in 2011, 12 years ago.

The old saying “follow the money” is true when you try to understand the reason for promoting what is promoted, and for me, you just found it: my money comes from my own business which I 100% own and where I have never taken on debt or other venture capital investors, and where Wall Street Corporations and Bankers have no investment.

Writing and exposing the truth is my passion, my talent and my calling, and I could never take money for it.

So if you want to support the work here, you can buy my products and get great value for your investment by buying really healthy products that you probably can’t find elsewhere.