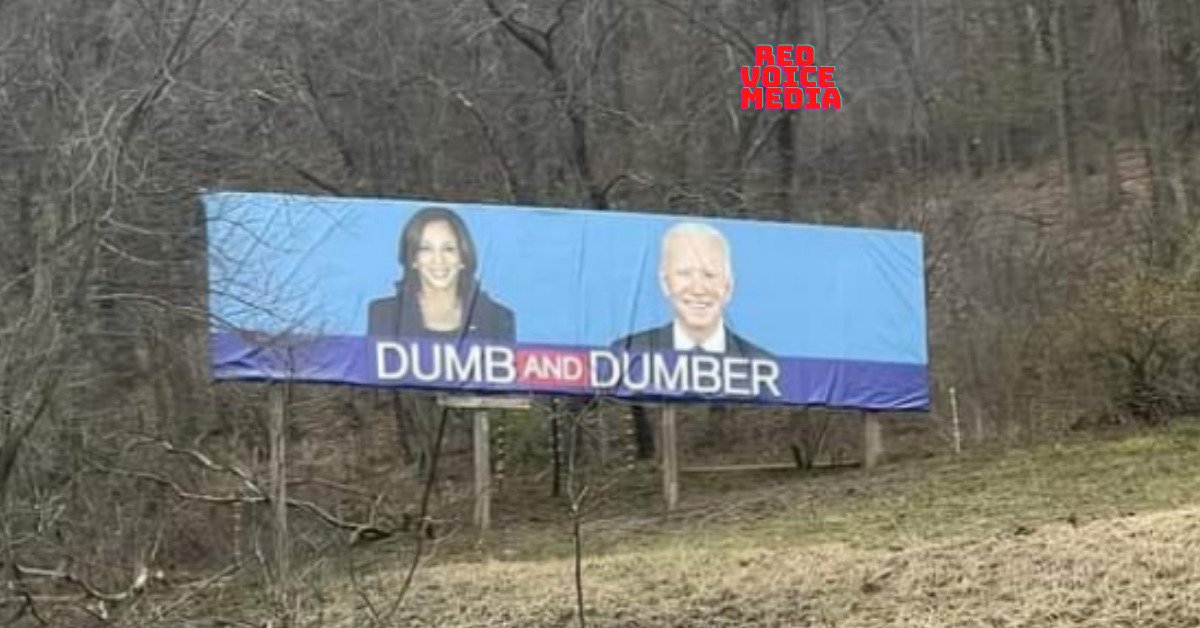 RICHLAND COUNTY, WI – A billboard erected in Wisconsin has captured the attention of local residents, as well as the internet. The billboard has a photo of Kamala Harris and Joe Biden with the caption of “Dumb And Dumber.”

The statement is a nod to the movie of the same title featuring Jim Carrey.

At the time of this writing, the original post, shared on Twitter by @JonCover2 has been “liked” over 14.6k times and shared over 3.8k times.

Reactions ranged from laughter and praise to outrage. Some people started sharing their own captures from their local area, such as this post:

I found this in Arkansas pic.twitter.com/vOHqv9zIEI

Here’s one out of Newark, Ohio, that features Joe’s handler, Jill:

This one is in Newark Ohio! pic.twitter.com/vvrRnvN2cK

One Twitter user captured a scene from the film and added the faces of Kamala and Joe to further the joke:

Photos of dogs urinating and defecating on Biden/Harris signs were shared, as well as a plethora of memes involving the billboard. Of course, there’s always at least one who has to be a killjoy and ruin the fun, and here is one of them:

What a waste of good $$ could have donated to food pantry. Not representative of everyone in Richland County. pic.twitter.com/l5PjkcbnqV