Why hasn’t Governor DeSantis stopped Florida’s COVID vaccines when he admits they are killing people?

On December 13, 2022, there were two political events in which politicians publicly stated that experimental COVID-19 “vaccines” were neither safe nor effective, and were in fact killing people.

One such event took place in the UK House of Commons where Andrew Bridgen, Member of Parliament (MP) gave an astonishing speech about the corruption behind Pfizer’s COVID ‘vaccines’ and how they were harming and killing people

The entire speech is 21 minutes long, and you can watch it here.

Bridgen did an excellent job of exposing the conflicts of interest in which drug companies actually fund the government regulatory agencies that approve their products, and he also mentions the role the Bill Gates Foundation plays in funding much of ‘that, as well as the funding of much of the corporate media that controls the narrative about the ‘vaccines’ against COVID-19. 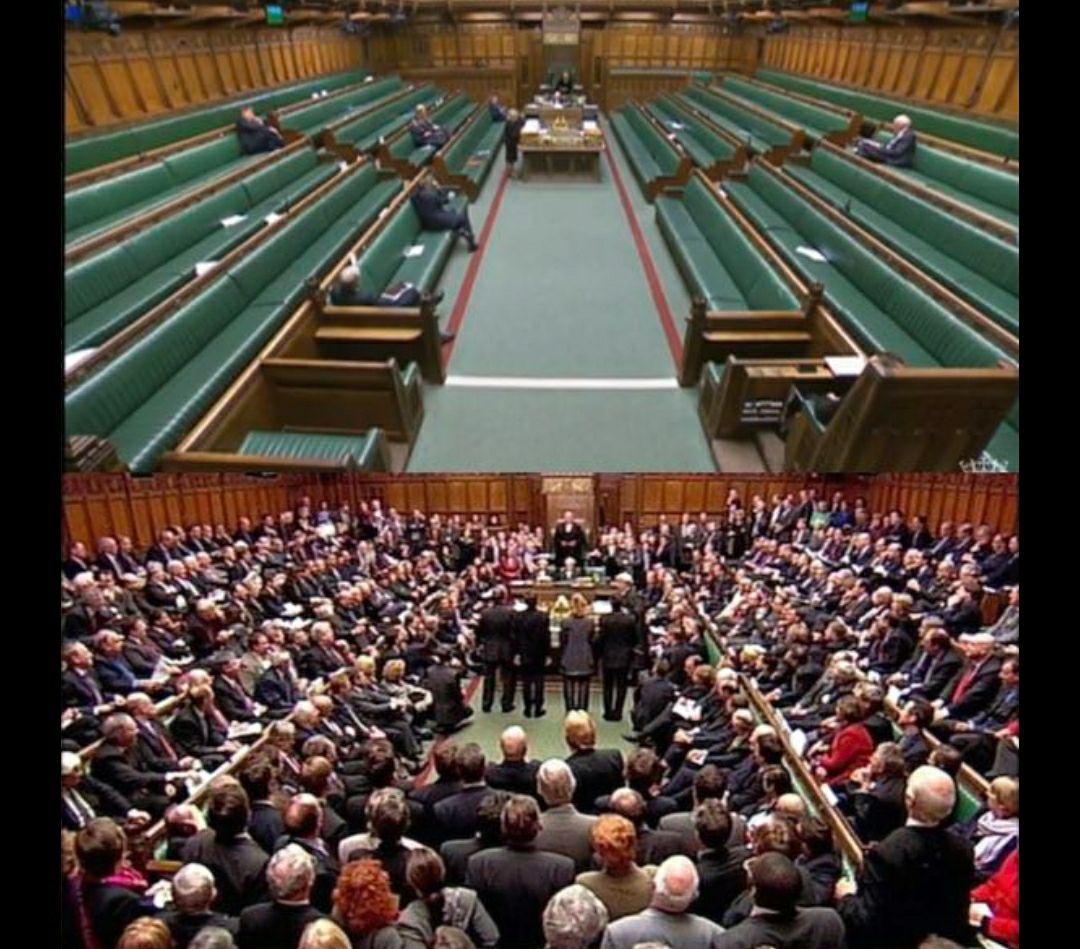 Photo provided by the Telegram channel of Dr. Mike Yeadon.

Dr Mike Yeadon shared a photo on his Telegram channel showing how only a few more MPs turned up to hear Andrew Bridgen’s speech on corruption and the harms of the COVID-19 vaccine, compared to another photo in the same place when MPs were voting on their own pay. increases

After presenting the evidence and data, MP Bridgen concludes with these words:

Well, Madam Vice President, that first step could begin this evening, with this debate. It starts here, and the government’s vaccine minister says in the first instance that there must be one immediate and complete suspension of any other vaccine against COVID and use of mRNA technology.

How could there be any other conclusion and call to action after presenting the evidence that the COVID-19 “vaccines” are killing and crippling people, than to immediately STOP injecting people with them?

The other event that took place on December 13, 2022 was a public panel discussion in Florida led by Governor Ron DeSantis and his Surgeon General, Dr. Joseph Ladapo.

This public discussion also included other doctors and alleged victims who had suffered from taking a “vaccine” against COVID-19.

This is what Dr. Joseph Ladapo had to say:

He begins by saying that the corporate media is not accurately reporting the traits of COVID because they are also taking money from the pharmaceutical companies that produce them.

He then discusses a study of people who “suddenly died” within weeks of being injected with a COVID vaccine, which showed a high rate of myocarditis that was attributed to “COVID mRNA vaccines.”

Ladapo has also previously reported that a statewide analysis of vaccinated Florida residents 18 and older was found. an 84% increase in the relative incidence of heart-related deaths among men aged 18 to 39 years, within 28 days of mRNA vaccination.

So what is Dr. Ladapo’s call to action as Florida’s Surgeon General now that he knows the COVID-19 “vaccines” are killing people?

We’re starting a program here in Florida where we’re going to look at surveillance incidence of myocarditis within weeks of getting a COVID-19 vaccination for people who died.

Governor DeSantis was interviewed on Fox News later that evening to discuss the roundtable.

In this interview, DeSantis admits that the “medical establishment” never warned the American people about the “downsides” of the COVID-19 shots, and he also acknowledges the research of his surgeon general, Dr. Ladapo, which has shown that people are dying from COVID-19. -19 shots He also mentions that Norway has banned COVID vaccinations for everyone under 50, because the downsides outweigh the benefits, and there was an increase in all-cause mortality.

So what is Governor DeSantis’ call to action?

He is asking the Florida State Supreme Court to convene a Grand Jury to investigate the drug companies that produced the shots and “hold them accountable.”

AND ALL THE RIGHT WING ALTERNATIVE MEDIA ARE GOING MAD, while people in Florida continue to receive the COVID-19 vaccinations and give them to their children who continue to die and become paralyzed.

Both DeSantis and Ladapo also boasted about their past actions “against” the COVID shots at this panel. DeSantis goes out of his way to talk about how he opposed the mandates and allowed the people of Florida to “make their own decisions” about getting the shots and giving them to their children.

Ladapo boasted that in March of this year, he was the first surgeon general to not recommend COVID vaccinations for children. We covered this story back in March and I said at the time that this was a senseless action and potentially even MORE kids could end up getting shot since they were politicizing it. I will see:

What have been the results that Dr. Didn’t Ladapo recommend vaccinations for children from March this year (2022)?

There are records of 192 children injured by gunshots since March 2022. (Source). Of course, most of the injections were given to children in 2021 when the FDA cleared them for children.

And how many kids have been killed or injured in total, before Ladapo stopped recommending them, while DeSantis made sure they weren’t mandated in 2021?

And remember, VAERS contains less than 1% of total vaccine adverse events ( source ), so the actual number of children affected in Florida is closer to 132,000 with 200 deaths, with about 19,000 children harmed since that Ladapo stopped recommending them in March of this year.

Now some may try to argue that those numbers would be much higher if DeSantis didn’t stop the mandates, and Ladapo didn’t stop recommending them, though that’s nearly impossible to prove.

But if Governor DeSantis had issued an executive order to STOP all COVID shots in his state, those numbers would be ZERO!

Why hasn’t he done it? And why does everyone in the alternative media continue to praise DeSantis and Ladapo when they clearly allow children and others to continue to die and be harmed by these shootings?

Even the CDC has said publicly that they do NOT enforce vaccine policy at the state level, the States do, from the governor to the surgeon general to local public health departments. I will see:

So Governor DeSantis, and all 49 other governors, could surely STOP this bioweapon shot carnage IMMEDIATELY, but they refuse to.

These guys are NOT heroes! They are CRIMINALS!

I defy any of the major right wing alt media sites that continue to give these right wing politicians a free pass not to stop these shots to give me just an example of a politician in Washington DC, whether in the House or the Senate, or a single state governor, who has stood up and said, We must stop all shots of COVID IMMEDIATELY!, as it is do MP Andrew Bridgen earlier this week in the UK. .

There are none, to my knowledge, because they are ALL Pro-Vaccine, most of them accept donations from Big Pharma, and in many cases even own Big Pharma stock.

You can hear it from his own mouth:

Tim Truth did an excellent job highlighting the other doctors on the panel in Florida who clearly lied to the people of Florida by telling parents that they should trust all other vaccines except the COVID vaccine because these other vaccines have almost no side effects. and they are only 1 in a million, which is why parents must keep vaccinating their children.

They want parents to believe that the vaccine manufacturers only lied and committed criminal acts with the COVID vaccinations, but not all the other vaccines they have produced over the past few years.

A simple VAERS search of all other FDA approved childhood vaccines will clearly show that this is a lie by pro-vaccine doctors who are simply politicizing the danger of COVID shots for purely political gain. ALL of these pharmaceutical vaccine companies have paid billions of dollars in criminal lawsuit settlements over the years.

Has Florida Become America’s No. 1 State for Medical Kidnapping and Child Trafficking?