The American people appear to be the ones suffering the most from Joe Biden’s economic policies while Democrat lawmakers benefit from them, according to Fox News host Tucker Carlson.

In his opening monologue of “Tucker Carlson Tonight” on Friday, Carlson explained that the American people are experiencing economic hardship from Biden’s sanctions against Russia by design.

“Biden keeps telling us these energy sanctions are going to crush Putin, but they haven’t. That’s clearly not true. Putin’s fine. The ruble has almost completely recovered since the day Russia invaded,” Carlson noted. “So much for destroying the Russian economy and getting the Russian military to withdraw from Ukraine, and yet we in the U.S. are paying higher and higher gas prices thanks to these sanctions.”

“So, Biden is not hurting Vladimir Putin. Biden is hurting American citizens. Why? What exactly is this about? Well, the first thing you should know and never forget is that nothing changes a society faster than a war, even a war in another country.”

Carlson explained that due to the unpopularity of the left’s Green New Deal proposals, the left has opted to subvert the democratic process to impose their radical climate agenda, such as using the COVID pandemic and now the Ukraine-Russia to shutter energy production.

“If you want to reorder a society, you’re going to need a major crisis in order to do it. The democratic process is not going to work for you. The democratic process will never get you to total transformation because voters almost never want systemic change. They prefer incremental improvement and that’s why they tend to elect the very same people to office year after year,” Carlson observed.

“Well, you’d first have to break the existing economy because if you gave people a choice over how to power their vehicles, homes and businesses, not many of them would choose windmills,” he continued. “No, they’d go with what they have, which is oil and gas. So, you’d have to take that choice away from them. You couldn’t let them choose and you couldn’t do this by democratic means because no legislature would ever vote for a change like that because they know voters don’t want it.”

“So instead, you might use a war underway across the world to declare an energy shortage in your country and then make fossil fuels unaffordable for the average person and that way, people would have no choice but to switch over to the new system, which, not incidentally, you and your friends and your donors would control.” 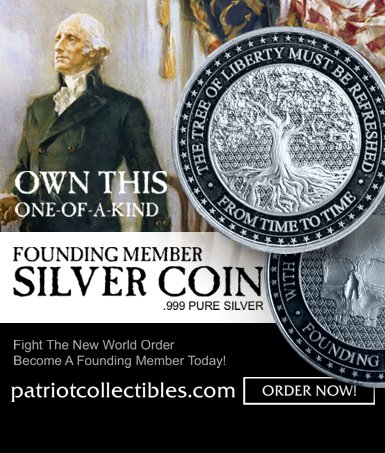 “So that’d be one way, maybe the only way to get a Green New Deal, without having to get it through Congress because it never would go through Congress. Hmm. Do you think that’s what’s happening here? You’d hate to think so. You wouldn’t want to think that your government would intentionally exacerbate the suffering of millions of Ukrainian civilians in order to take over America’s energy grid, but that seems to be exactly what is happening right now and we know this because the administration has essentially told us so.”

And not only are the left’s radical initiatives hurting average Americans, but they’re benefitting the very Democrats imposing them, such as Energy Secretary Jennifer Granholm, Carlson pointed out.

“Thanks to reporting from the Washington Free Beacon, which we are grateful for, we know that Jennifer Granholm held millions of dollars in stock in so-called green energy companies while she was serving as the secretary of energy,” Carlson said.

“Check investments right now in renewable energies since the manmade energy crisis that Joe Biden and his sanctions set off and you’ll see it’s quite a robust market right now,” he continued. “Who’s benefiting from that? Right, people like Jennifer Granholm. She wants to force you to subsidize her investments.”

“That’s the medium to long-term strategy and no crisis in the last decade has given them better cover than the invasion of the client state of Ukraine that Jennifer Granholm can’t even find on a map. There’s a reason they’re focused on Ukraine and it’s to give you the Green New Deal, whether you want it or not,” he concluded.