WHO Recommends Masks Again, Preps World for Another Global Lockdown in Fall 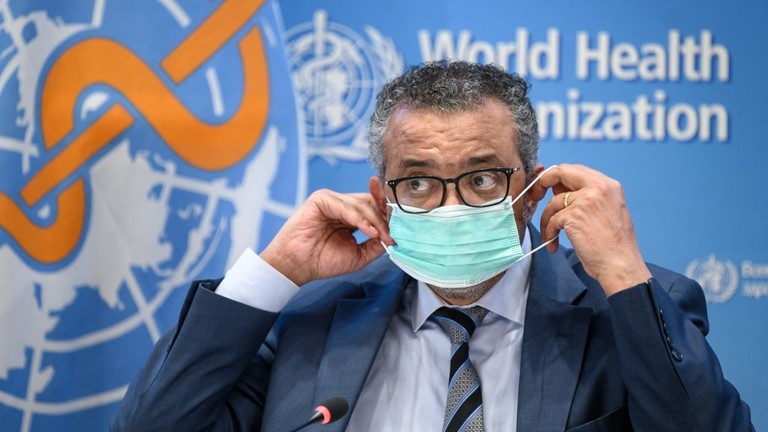 by THOMAS LAMBERT
The Counter Signal

The WHO is preparing the world for the next season of lockdowns, refusing to admit the emergency is over and recommending governments reimplement mask mandates.

Adhanom continued, saying the Committee is concerned about subvariants of Omicron that most people have never even heard of because they’ve tuned out COVID news since the end of the lockdowns. He added that there’d been a rise in cases while simultaneously claiming there’s not enough testing or surveillance to determine the severity of COVID. Astounding.

He then bemoaned the drop in vaccine uptake, saying not nearly enough people are lining up to get their second, third, fourth, fifth, sixth, seventh, eighth, ninth, tenth… booster shots.

“As hospitalizations and transmissions rise, governments must also deploy tried and tested measures, such as masking, improved ventilation, and test and treatment protocols,” Adhanom said. “… Governments should also work to reduce their reduction in surveillance, testing, and sequencing, and share antivirals effectively.”

He concluded by praising the vaccine, advising governments to once again go after the unvaccinated, and proclaiming that the pandemic is not over.

‘I am concerned that cases of Covid-19 continue to rise’

WHO Director-General Dr Tedros Adhanom Ghebreyesus has recommended governments reintroduce restrictive measures like face masks to ‘push back’ against a rise in global Covid cases. pic.twitter.com/Ipbui6jCAS

This proclamation of a return to the days of COVID hysteria just before the Fall comes only a month after the Canadian government chose to suspend some travel mandates rather than outright repealing them, all but explicitly stating they would take Canadians’ rights away again this flu season.

“If the situation takes a turn for the worse, we are prepared to bring back the policies necessary to protect Canadians,” warned Dominic LeBlanc, Minister of Intergovernmental Affairs, in June.

Now, the government is gearing up for the next phase, saying that the definition of fully vaccinated needs to be changed to ‘up-to-date’ vaccination, which means, in practice, getting jabbed every nine months indefinitely.

When those in power give up this nonsense is anyone’s guess.

Read the full article at The Counter Signal.