When is enough, enough? On the anti-marriage battle ⋆ Conservative Firing Line 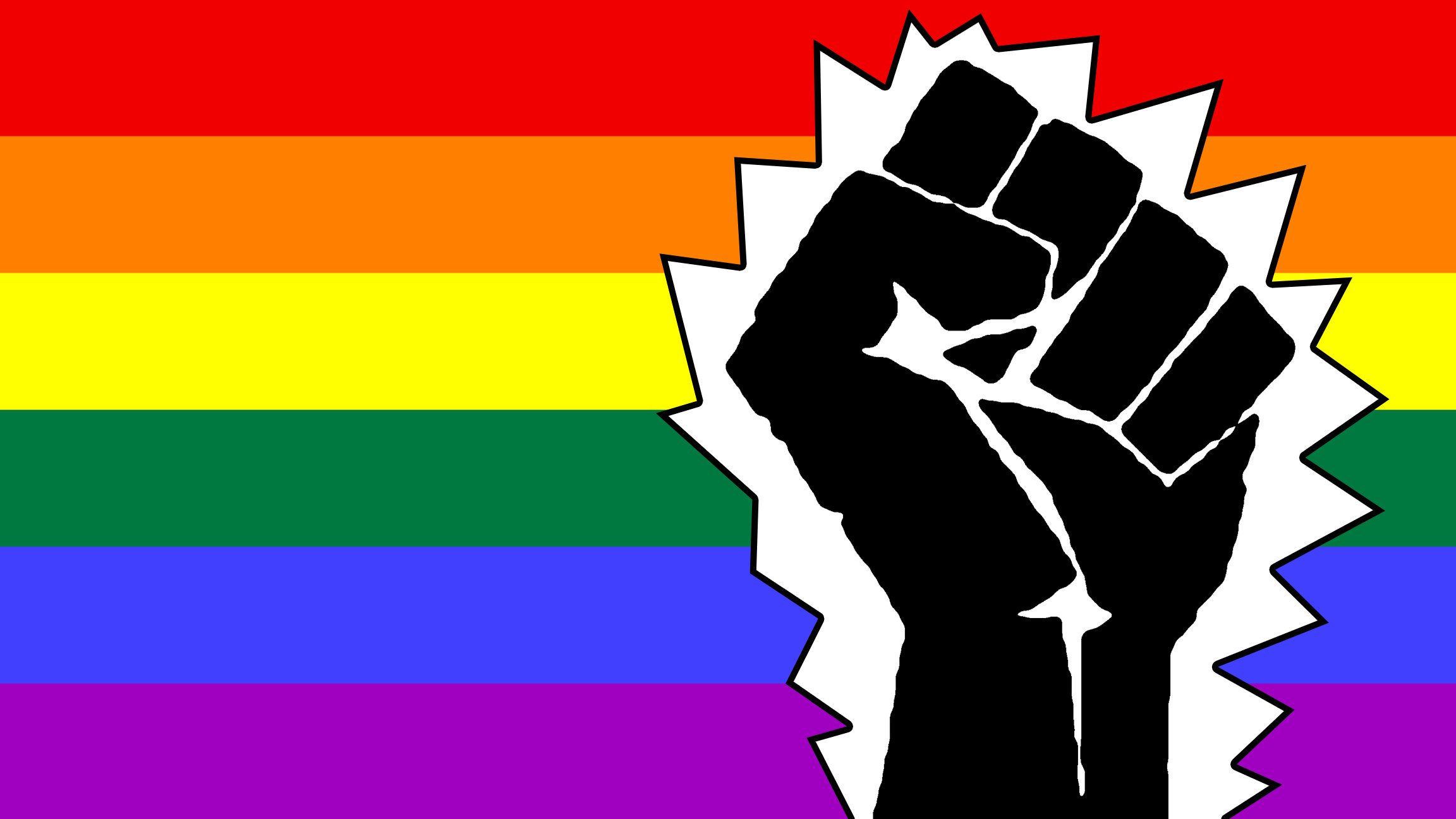 At this critical juncture in history, it should be crystal clear: traditional leaning Jews (as well as non-Jews, in general, conservatives) are living in Dystopian times. This is the case on a multiplicity of levels. Nonetheless, some must be considered stand-alone exhibits.

So much so, that the lede to LGBTQIA + is not our cause célèbre (11/17/2021), written by Rabbi Prof. Dov Fischer, a prolific writer and thinker, commences thusly:

This article should not really be deemed controversial, but it possibly is the most daring I ever have published. It is time. If the words below resonate, know you are not alone.

Think about that. For when a man of his professional and learned stature (from a religious and secular perspective) feels compelled to voice that the aforementioned “is possibly the most daring I have ever published”, a reasonable conclusion is that it was written hesitatingly. Cautiously. It might even be akin to an apologia for writing it, somewhat. How can this be?

There is absolutely nothing to add to Rabbi Prof. Dov Fischer’s above linked expository, that is, from the context of traditional Judaism. Doing so would be the height of hubris.

After the years I spent exploring and exposing the insidious creep of the issue at hand – the infiltration and penetration of the LGBTQIA agenda into the West in general, and the Jewish community in specific – i wish to posit that the underlying medical diagnosis found within the aforementioned article is spot-on.

” Mayo Clinic still lists gender dysphoria as a mental illness with symptoms and complications: “Gender dysphoria is a diagnosis listed in the Diagnostic and Statistical Manual of Mental Disorders (DSM-5), a manual published by the American Psychiatric Association to diagnose mental conditions. This term is intended to be more descriptive than the one that was previously used, gender identity disorder. The term gender dysphoria focuses on one’s discomfort as the problem, rather than identity. A diagnosis for gender dysphoria was created to help people get access to necessary health care and effective treatment.”

Similarly, Rabbi Prof. Dov Fischer offers an enlightening analysis vis-a-vis the unrelenting political/cultural push towards embracing every “ism” under the sun, as if delivered as truth from Moses at Mount Sinai. However, after years of exposing this topic, due diligence mandates a more in-depth explanatory memorandum:

How many have heard of the “Gay Mafia?” Yes, you read that right.

As one of the first investigative journalists to “out” said term (in 2012), I can attest that it was not meant to be flippant, to be used as a pejorative, nor as hyperbole. For in reality and all intents and purposes, its hierarchies and methodologies are little different than actual Mafia entities. And for said inconvenient truth-telling, attendant threats came fast and furious, and in too many ways to enumerate.

The inroads made decades ago by the “Gay Mafia” were barely visible then. Decades later, when all necessary major avenues to exert power and control came under their grip, they let loose and went for broke. Loud, out, and proud! Inexorably, the fruits of their efforts were too late to stop.

Speaking of the actual Mafia, decades ago, forward/progressive-thinking Mafioso (via a cadre of their top-tier) realized the benefits to be accrued by forging a nexus between their crews and that of the “Gay Mafia.” Call it what it is: a pact cemented in profit and blood.

“The Mafia and the Gays” meticulously documents how the mob controlled the gay bars for decades in New York and Chicago due to their once illicit status, and relies upon an extensive collection of primary sources including FBI files, many of which were not publicly available until acquired by author Phillip Crawford Jr. through the Freedom of Information Act. Mr. Crawford illustrates how the gay bars historically were integrated into the Mafia rackets. For example, the establishments often were financed through mob-tied coin-op vendors and their related loan companies….”

Today’s so-called “activists” who agitate and lead the push for the LGBTQIA agenda (in innumerable visible and invisible ways) owe a debt of gratitude to their forebears; most of whom had little interest in “fair play”. The notion of the all-consuming quest for equality and non-discriminatory practices against their multi-headed communities, is barely more than a smoke-screen.

Even so, despite the incessant lobbying and unremitting bullying by the leadership of the “Gay Mafia” – their stealth-by-stealth and thrust-by-thrust boring into every educational, political, legal, and cultural sphere – none of it should be misconstrued as a license for any decent individual to interfere with the intimate activities of non-hetero consenting adults, emphasis added. This is so because living in a free society means just that: keeping off another’s private business! First and foremost.

But the above does not negate nor absolve the powers that be of their earth-shattering behavior. Effectively, they have zero moral (never mind the “legal” mumbo-jumbo) authority to intimidate and bully – unabashedly, under the banner of tolerance, diversity, and every touchy-feely, “woke”, virtue-signaling umbrella – anyone who confronts their agenda.

And that agenda is the total destruction of the main underpinning(s) of Judeo-Christian values, namely, the traditional family unit. Never forget this truth. At the end of it all, this is where it is at.

A prominent Gay “activist” spilled the beans and that genie can’t be re-corked.

Even knowing that there are radicals in all movements, doesn’t lessen the startling admission recently by lesbian journalist Masha Gessen. On a radio show she actually admitted that homosexual activists are lying about their radical political agenda. She said that they don’t want to access the institution of marriage; they want to radically redefine and eventually eliminate it. Here is what she recently said on a radio interview:

“It’s a no-brainer that (homosexual activists) should have the right to marry, but I also think equally that it’s a no-brainer that the institution of marriage should not exist. …(F)ighting for gay marriage generally involves lying about what we are going to do with marriage when we get there — because we lie that the institution of marriage is not going to change, and that is a lie. The institution of marriage is going to change, and it should change. And again, I don’t think it should exist. And I don’t like taking part in creating fictions about my life. That’s sort of not what I had in mind when I came out thirty years ago. I have three kids who have five parents, more or less, and I don’t see why they shouldn’t have five parents legally… I met my new partner, and she had just had a baby, and that baby’s biological father is my brother, and my daughter’s biological father is a man who lives in Russia, and my adopted son also considers him his father. So the five parents break down into two groups of three… And really, I would like to live in a legal system that is capable of reflecting that reality, and I don’t think that’s compatible with the institution of marriage.” (Source: http://www.abc.net.au/radionational/programs/lifematters/why-get-married/4058506)

Most significantly, those activists beliee that Jewish communal leaders must be called out and taken to task – when they dare to impinge upon what amounts to as the actual decimation of that which traditional Judaism rests upon: marriage and family.

Of course, institutional leaders are free to disagree with this and that literal traditional interpretations. Nevertheless, the activists want zero tolerance, quarter, nor any breathing room for those who disagree, and do everything in their power to impose their will on unsuspecting comers and the wider public, mostly, through their active consent or passive silence.

For the most part, this devastation is often inflicted and wrecked through several fronts: psychic, emotional, and financial pain and punishment. By making an example of those who resist – be it through actual cancel culture, or another form of mockery and isolation – the expectation is that others will fall in line.

Ask yourselves: when is enough enough?

Adina Kutnicki is an investigative journalist, living in Israel since 2008. Her work concentrates on militant Islamic jihad and its western knock-on effects as well as other current issues. She is the co-author of BANNED: How Facebook Enables Militant Islamic Jihad, She blogs at: Adina Kutnicki, A Zionist & Conservative Blog (www.adinakutnicki.com).