What is the Real Reason That Biden is Pressing Gun Control So Hard? 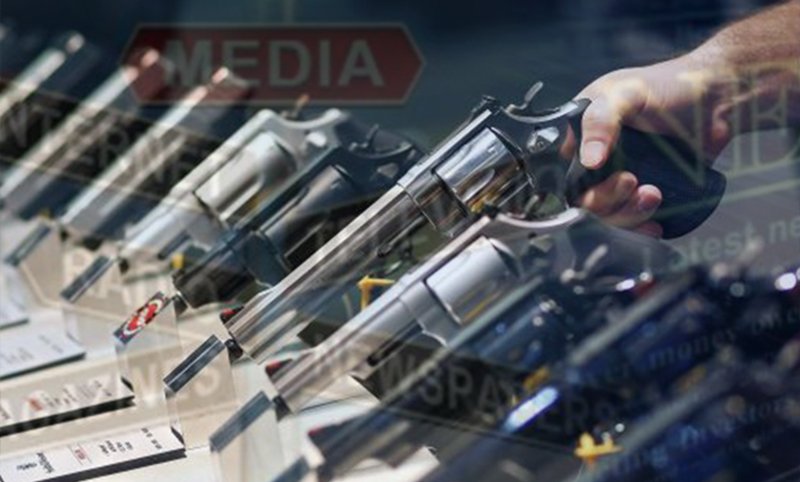 Early Sunday morning there was a deadly mass murder incident in Sacramento, California. In it’s wake there were six dead and a dozen people wounded. Immediately, Joe Biden declared, in a statement,  “Ban ghost guns. Require background checks for all gun sales.”

Yet, this happened in the People’s Republic of Kalifornia. Where there is the overall strongest anti-gun legislation on the books. Proving, once again, that gun control does not work. So why is Biden so determined to press ahead?

According to CNN, the single firearm recovered at the scene was a stolen handgun.

At the time of this report two arrests have been made, and the number and types of firearms used are unknown, except for that stolen gun recovered at the scene. One more gun was recovered by detectives working the case in a series of search warrants, but more about that weapon is unknown.

The firearm recovered at the scene was not Biden’s ghost gun, it was once sold legally and stolen by criminals. You know, the same criminals who sprayed the area with indiscriminate gun fire killing six and wounding a dozen more.

There would have been no background check for that pistol. Except the one from the original owner, the victim of the theft of that pistol.

California has the strictest background check laws on the books

They include a ten-day waiting period to pick up a gun after purchase. In California you even need a background check to buy ammunition, and it is against the law to have ammo shipped directly to the owner without going through a FFL licensed gun dealer.

Biden again proved that he knows nothing with his attack on guns, when anyone with half of their brain functioning would understand that guns were not the problem in California, or across the nation. It is the criminals welding those guns, and Democrats willingness to protect those very same criminals.

California has been a long-time bastion of Democrat single-party rule. And in 2020 there were more than 2,200 homicides, including 1,032 involving handguns, 41 involving rifles of any kind, and 31 involving shotguns. In 501 cases, the type of firearm was not reported.

There were 1,096 murders committed by other means than firearms. That is the real story, but the one hidden by Democrats and their propaganda ministry, the MSM.

They included 762 involving handguns, 34 using rifles, and 26 with shotguns. There were 320 cases where the type of firearm was unknown. Leaving 537 murders by other means.

That body count, two years in a row, demonstrates that the strict gun control laws already on the books in California have failed.

Remember, among their attack on the Second Amendment, California legislators have restricted the availability of all types of weapons, strictly limiting what they call “assault guns.” The number of bullets a gun may shoot is limited to ten. The ability to purchase gun parts and ammunition is severely limited.

The only thing left in that state is a complete ban on guns and ammunition. However, California’s homicide rate would still be atrocious. Proving, beyond a doubt, that gun control does not work.

However, maybe total disarmament of private citizens in America really is the goal.

Biden’s latest budget request seems to highlight this thesis. In it he targets the firearms industry. The budget request outlines his priorities for the coming year. At the top of the list are plans to target the firearm industry for the failures of his administration to support law enforcement.

It proposes to spend $20.6 billion for the Department of Justice Department to apply for federal law enforcement, crime prevention and intervention. It proposes plans for the Bureau of Alcohol, Tobacco, Firearms and Explosives (ATF) to hire 140 special agents, and another 160 Industry Operations Inspectors (IOIs).

Demonstrating that the Biden administration has placed the blame for rising crime at the feet of the firearm industry, instead of the criminals using firearms as a tool to commit their crimes. According to the National Shooting Sports Foundation (NSSF)

“The administration’s vision has always been to use the ATF as a tool not to regulate the firearm industry, but to dismantle it.”

With the evidence so overwhelmingly proving that gun control is not the answer to the out-of-control crime now overwhelming America, the only reason to attack the firearms industry is to completely disarm private citizens.

And given the rest of Biden’s agenda, it would not be a stretch to believe that his drive to disarm us is for nefarious reasons other than what he is claiming.

Now is the time to abandon gun control laws that only punish law-abiding citizens, and work on criminal control instead.

It is time to enact laws that punish criminals, not law-abiding citizens. But Ole Joe cannot comprehend those simple truths. He must parrot the radical-left orthodoxy of disarming law-abiding Americans.

Making those of us still able to use logic and reason to draw our conclusions, to wonder if their reason for wanting to disarm America is less about safety and more about Democrats gaining tyrannical powers.

There are not enough votes on the Republican side of Congress to stop this, or any other radical-left proposals coming out of this, the most anti-American Congress in our history.

It is only one more reason to go to vote in both the primary and national elections this year.

The fate of this nation hangs not on only regaining both chambers of Congress, but in numbers so overwhelming that Ole Joe and his lady-in-waiting, Kamala, can do nothing more to harm this nation.