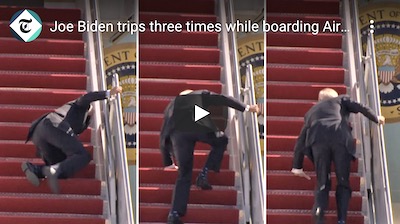 Go about your business, America. Everything is fine at 1600 Pennsylvania Ave. in Washington.

In fact, it’s more than fine. It’s better than great. The president of the United States isn’t a feeble man who struggles with words, thoughts and stairs. He’s a man of vigor, and there’s nothing at all to fret about.

President Joe Biden is so vigorous that not even people who are a fraction of his age can keep up with him — or so says White House press secretary Jen Psaki.

Psaki was asked an odd question on Monday during her daily media briefing about Biden’s exercise regime. As if there are not other more pressing things going on for the biased establishment media to inquire about, one reporter sought a follow-up regarding the whereabouts of the president’s Peloton exercise bike. MORE