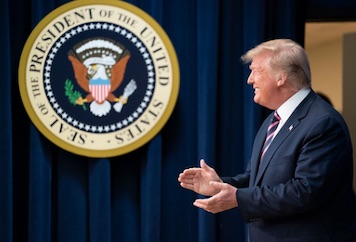 This kind of vitriol, for me, is proof of the lengths the left would go to steal an election.

In the essay, titled, “Trump wants a library. He must never have one,” Philip Kennicott states bluntly, “Trump must never have an official presidential library, and Congress should move quickly to make sure he never will.”

Kennicott again warns of the “danger” of a Trump presidential library: “The danger of Trump using a presidential library to burnish his image is far more serious, with the ex-president and his surrogates still promoting the idea that his electoral loss was somehow fraudulent. That creates an ongoing uncertainty in American public life, which Trump and even more unscrupulous actors will use to further division, inflame tension, exacerbate racism and delegitimize the American democratic system.”

He also calls for public “sham[ing]” of anyone who would agree to work on the library: “Americans should shame anyone — including architecture firms, exhibit designers and corporate donors — who helps Trump perpetuate the lies that nearly destroyed our 244-year-old effort to create a democratically governed republic.”