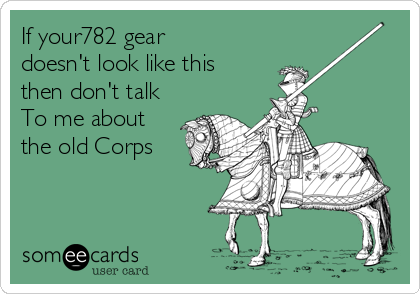 A viral video clip of a female soldier who seemed to threaten Americans who dared disobey her orders under martial law caused quite a stir on the Internet.

In the video that started the brouhaha, the soldier states:

“Understand that if active-duty military actually get deployed within the United States, that weapon is not just pointed at other people, other countries. It’s pointed at you. If you do not get in your house when I tell you to, you become the enemy. Martial law.”

Sounds pretty threatening, mainly because it is.

Woke soldier says she’ll shoot Americans who disobey her if martial law is declared. She must not realize how many of us veterans have the same training and won’t be on her side pic.twitter.com/iAhCEPrRKv

The video went viral after a black conservative named Jeremy Darling posted a snippet of the larger clip to his own TikTok and warned that her words “should be cause for concern,” BizPac Review said.

Who is this woman?  According to Vivek Saxena:

…An investigation revealed that she’s a 35-year-old self-identified “lesbian” who goes by the pronouns “she/her.” Sounds about left.

Furthermore, she runs the “Lord Daddy Nugget” TikTok account, which is where she posted the original video that Darling later cropped.

It’s pretty easy to tell the video has been edited, so we went digging.  As it turns out, there is another version that seems to put this rant into some context:

Still not the whole video. Here, let me help, because your tweets make it seem like you support the other woman who was threatening to gun down Americans. pic.twitter.com/fTtpFAHipy

The full video begins with Miss “Nugget” sharing a video of another TikTok user named Jodi angrily ranting about the military’s lack of action in regard to authoritarian coronavirus diktats being imposed on the American people.

“This is a message for our United States military, the Air Force, the Army, the Marines, the Navy, Coast Guard, Space [Force], everybody that considers themselves a person that would defend this f–king country. Where are you? We thought the military took an oath to protect this country. They took an oath to protect our Constitution. That includes enemies foreign and domestic,” Jodi says.

“Where are you, military, because if you’re leaving it up to the American people, you need to let us know, because everybody’s on the edge of their seat. You got millions and millions of gun owners that are ready to walk out and start a complete f–king bloodbath, and we’re beginning to wonder where our f–king military is,” she adds.

After the conclusion of the clip, Miss “Nugget” responds by accusing Jodi of being a domestic terrorist and warning her of the consequences of martial law being declared.

“I mean, I’m no expert, but that sounded like a terroristic threat, with you talking about a bunch of gun owners going out and starting a bloodbath. Like have you never heard of the Insurrection Act?” she says.

“There’s reasons why the military doesn’t deploy within the U.S., and if they did, your ‘good ole boys system’ is not going to fare well for you. Martial law. You know, where your rights get curtailed. You don’t have all those same freedoms that the Constitution guarantees at that point, so be careful what you wish for, and stop opining about things you don’t understand,” she adds.

A post at Truth About Guns further identified the soldier as Army Staff Sergeant Cindy Bronson and after observing the video had been “selectively edited” to portray her in the worst possible light, added:

A little sleuthing found that SSGT Bronson’s military occupation code is 88M or Army Motor Transport Operator. So we have a woke NCO who drives trucks for the US Army telling us how ready, willing, and able she is to open fire on her fellow Americans if we don’t jump to attention and salute.

If a bunch of marginally literate third-world goat herders can fight the US military to a standstill under Joe Biden, what does SSGT Bronson think will happen in the world’s most heavily armed nation?

How would an Army of Bronsons fare against first-world types with a whole lot more training and experience with firearms than most Army Motor Transport Operators? People who have a passion for shooting and hitting their targets exceptionally well while fighting for their homes and families?

John Boch said “it seems almost like Ms. Bronson was trying to make that point” in the original video.

I have a real problem with anyone in uniform making videos of this nature while in uniform.  That stems partly from the fact that when I served in the Marines, this type of streaming technology wasn’t available.  As I often like to joke when around younger veterans, when I served, ships were made of wood and men were made of iron.

In fact, posters expressing this very sentiment were quite common in my day: 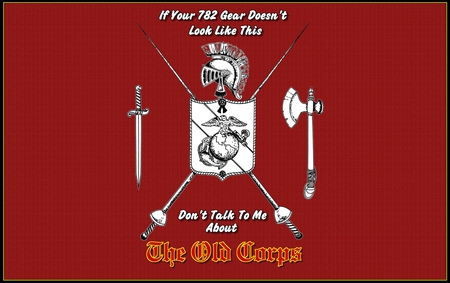 All kidding aside, in my humble opinion, this soldier should never have responded to the original video while in uniform because doing so makes it appear as though she’s expressing an official opinion held by the armed forces.  As a staff sergeant, she should know better.

Wow so I was unaware I’m trending on Twitter 😂 thank you for all the love and support. Remember the video posted is informative of the insurrection act and not my opinion. My views are my own and I do not speak for the military or any other entity.

It sure sounds like she was expressing her opinion to me.  And I certainly hope to God she wasn’t speaking for the military.  I’m not sure what other “entity” she’s referring to, though.  Something tells me I don’t really want to know.