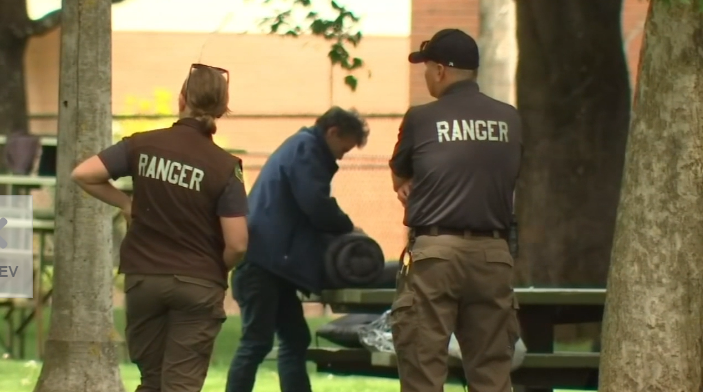 The Portland City Council passed an initiative, to give $1.4M to beef up their unarmed, unsworn Park rangers. They plan to add positions to the rangers so they will be “goodwill ambassadors” against violence. They also plan to add 7 investigators to the Multnomah County DA’s Office (you know, the ones who don’t prosecute violent protesters) and spend $4.1M on community outreach programs. The nearly $6M plan was passed unanimously on Wednesday with “little public input.”

“I said, ‘They’re going to call 911.’ No way do we want park rangers intervening. If somebody pulls out their gun, they’d better call 911.”

Hardesty and the rest of the council are completely delusional. They’ve lived in their ivory towers so long that there is no concept of how fast a situation evolves, nor even a clue about how fast the PPB can get to a scene, given the hassles they’ve had with Antifa, BLM, and the defunding of many of their programs. That’s not counting the park rangers being put in danger. What happens if there’s no time to call 911?

The Union that represents the Park rangers is asking the city to provide body armor.

“In the last year, there has been an increased sense of hostility toward city employees. We are worried by the number of assaults, attempted assaults, threats and harassment toward parks staff, including rangers…Level II-A body armor to protect them from projectiles and stab threats….

…Our presence in uniform may act as a deterrent for behavior that is inappropriate in parks—however, for some members of the public, the presence of uniformed city employees inspires a hostile reaction. We are not authorized, trained or equipped to intervene in violent situations, and certainly not in situations involving gun violence. We ask you to take this into account when considering the kinds of situations to which rangers may be safely and appropriately deployed.”

Don’t worry, Mr. Bryan, the council believes your union agrees with the plan. Though the Portland Park Rangers have a skill set for de-escalation, mental health, bias, and writing tickets for violations of city codes in the parks, they are still unarmed. And spiffing up their presence in the parks will not reduce violent crime. Portland has seen an uptick in violent crime, primarily at the edges of those city parks. Is the city of Portland setting up their rangers for failure?

Trending: The Rise of Woke Companies and How Conservatives Can and Must Fight Back (Video)