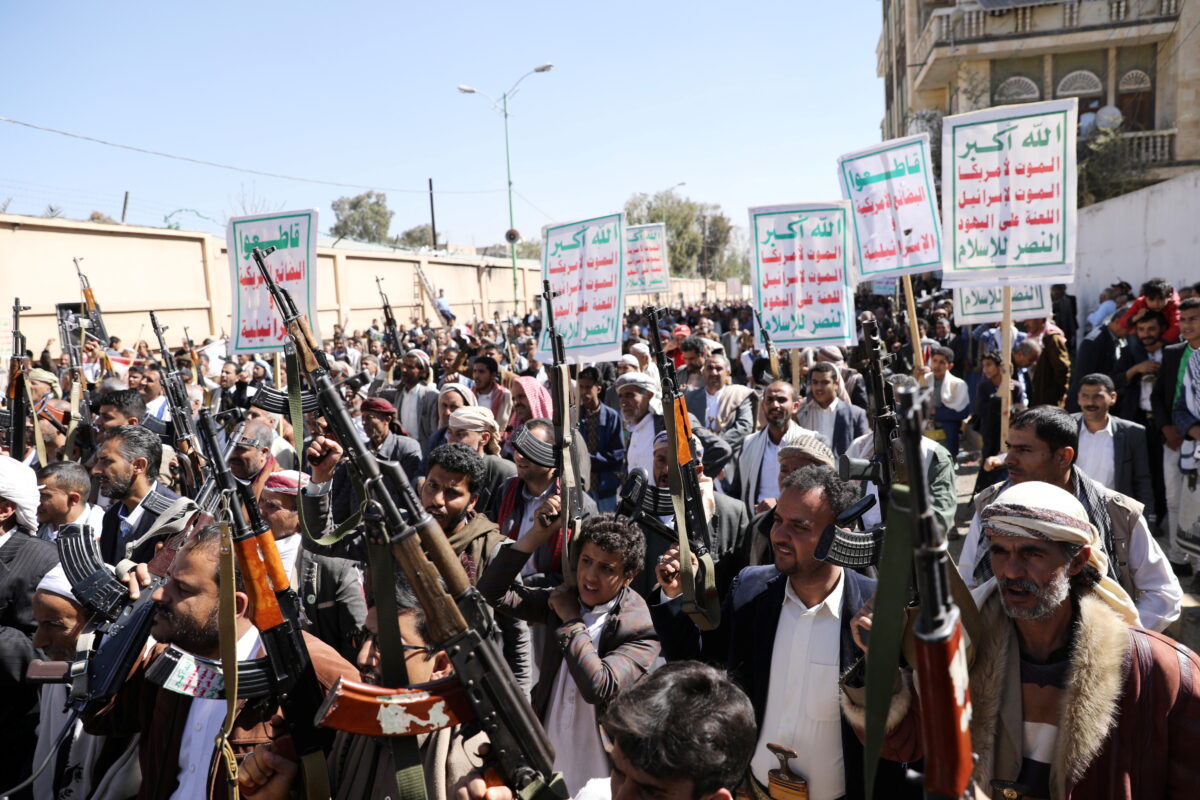 U.S. Special Envoy on Yemen Tim Lenderking earlier on Thursday urged the group battling a Saudi-led coalition for over six years to de-escalate and engage seriously with United States and U.N. efforts for a ceasefire needed to end the war, a top foreign policy priority for the Biden administration.

He also urged the Saudi-led military alliance to remove restrictions on all Yemeni ports and airports to ease what the United Nations says is the world’s largest humanitarian crisis.

“The Houthis are not winning in Marib. Instead they are putting a great deal of stress on an already very fragile humanitarian situation, they are putting the lives of 1 million internally displaced people … in danger,” Lenderking said.

He said the United States would impose sanctions on the head of the general staff leading the Houthi’s Marib offensive, Muhammad Abd Al-Karim al-Ghamari, and on a leader of Houthi forces assigned to the advance, Yusuf al-Madani.

The Treasury in a statement announcing the sanctions accused al-Ghamari of prolonging the war and orchestrating attacks that have harmed civilians.

“If there were no offensive, if there were commitment to peace, if the parties are all showing up to deal constructively with the U.N. envoy there would be no need for designations,” Lenderking told a virtual media briefing.

Riyadh in March proposed a nationwide truce and reopening of air and sea links to Houthi-held areas to help end a conflict widely seen as a proxy war between Saudi Arabia and Iran.

But the Houthis have insisted that restrictions be lifted on Hodeidah port, the main entry of Yemen’s commercial and aid imports, and Sanaa airport before any ceasefire talks.

The group has also repeatedly launched cross-border missile and drone attacks on Saudi cities, prompting the coalition to respond with air strikes on Houthi targets in Yemen.

Lenderking welcomed direct talks between Saudi Arabia and Iran but said he has not yet seen positive Iranian engagement to end the Yemen conflict, which has killed tens of thousands of people and left millions facing famine.

“I do think this is potentially a constructive engagement and we wish both parties success because it will be not only good for overall tensions in the region but there should be positive impact on the Yemen conflict in particular,” he said.

The envoy said Washington wants a long-term solution beyond a ceasefire and urged Tehran to support peace talks.