US ‘Alarmed’ by Reports of Military Coup in Burma, ‘Will Take Action’ If Steps Aren’t Reversed 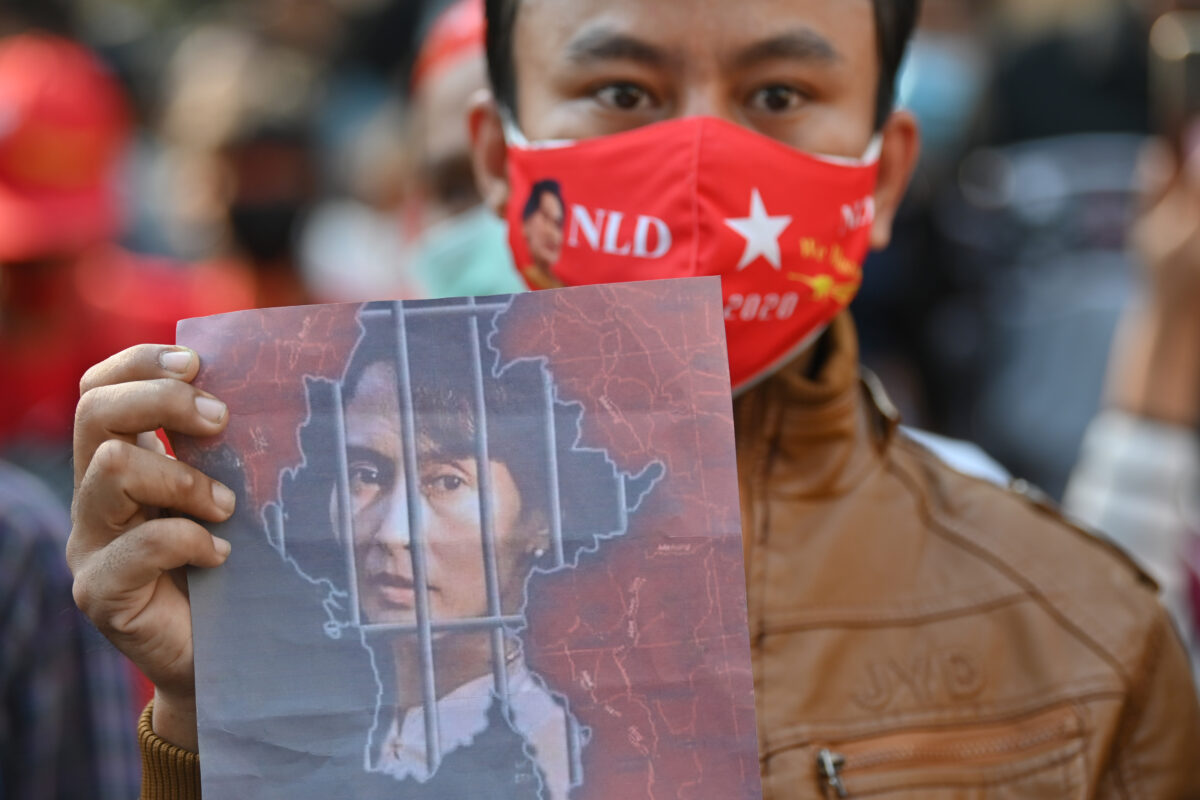 U.S. President Joe Biden’s administration expressed alarm late Sunday over reports of a military coup in Burma and promised to take action if steps aren’t taken to reverse the situation.

According to Burmese military television on Monday, the military is taking control of the country for one year.

State Counsellor Aung San Suu Kyi, the nation’s top leader, and the country’s president, Win Myint, were both detained in the pre-dawn hours, as were members of Suu Kyi’s ruling party and regional Cabinet members, according to the Irrawaddy news service.

In a statement, the army said it was responding to “election fraud.” Military chief Min Aung Hlaing was taking power and planned to impose a state of emergency for 12 months.

White House press secretary Jen Psaki said in a statement that the United States was alarmed by reports that the Burmese military “has taken steps to undermine the country’s democratic transition,” including the arrest of Suu Kyi and other officials.

Biden was briefed by national security adviser Jake Sullivan on the situation, but hasn’t directly weighed in on the matter as of Monday.

“We continue to affirm our strong support for Burma’s democratic institutions and, in coordination with our regional partners, urge the military and all other parties to adhere to democratic norms and the rule of law, and to release those detained today,” Psaki added.

“The United States opposes any attempt to alter the outcome of recent elections or impede Myanmar’s democratic transition, and will take action against those responsible if these steps are not reversed. We are monitoring the situation closely and stand with the people of Burma, who have already endured so much in their quest for democracy and peace.”

U.S. Secretary of State Anthony Blinken called on Burmese military leaders “to release all government officials and civil society leaders and respect the will of the people of Burma as expressed in democratic elections on Nov. 8.”

“The United States stands with the people of Burma in their aspirations for democracy, freedom, peace, and development. The military must reverse these actions immediately,” he said in a statement.

Burma, also known as Myanmar, is in Southeast Asia adjacent to Thailand and India, among other countries. It has a population of around 54 million.

Suu Kyi, 75, originally took office in 2016. Suu Kyi, at the time general secretary of her party, was placed under house arrest for many years in 1989 after the military refused to hand over power following the 1988 elections.