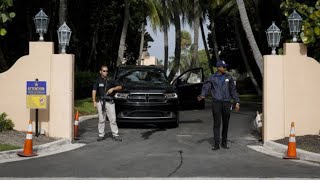 Donald Trump would gladly have turned over additional documents during previous interactions with the Justice Department prior to Monday’s raid on Mar-a-Lago, the former president wrote on social media.

On Thursday, Attorney General Merrick Garland claimed the FBI had sought “less-intrusive means as an alternative to a search” prior to Monday’s pre-dawn raid, however President Trump shot back that he’d already handed over requested docs and said he’d been nothing but cooperative.

“My attorneys and representatives were cooperating fully, and very good relationships had been established,” Trump responded.

“The government could have had whatever they wanted, if we had it. They asked us to put an additional lock on a certain area – DONE!”

He continued: “Everything was fine, better than that of most previous Presidents, and then, out of nowhere and with no warning, Mar-a-Lago was raided, at 6:30 in the morning, by VERY large numbers of agents, and even ‘safecrackers.’ They got way ahead of themselves. Crazy!”

During remarks Thursday, Garland admitted he “personally approved” the FBI raid, and said a “search warrant was authorized by a federal court upon the required finding of probable cause.”

Trump on Wednesday noted he’d provided the requested documents during a previous interaction with Justice officials back in June, and had even complied with a request to install an additional lock on a door.

“In early June, the DOJ and FBI asked my legal representatives to put an extra lock on the door leading to the place where boxes were stored in Mar-a-Lago – We agreed. They were shown the secured area, and the boxes themselves,” the president detailed on Truth Social.

“Then on Monday,” he continued, “without notification or warning, an army of agents broke into Mar-a-Lago, went to the same storage area, and ripped open the lock that they had asked to be installed. A surprise attack, POLITICS, and all the while our Country is going to HELL!”

Trump attorney Lindsey Halligan also confirmed documents were previously handed over, and agreed they would have complied with any additional Justice department requests had they simply asked.

“If they needed any other documents, they could have just asked,” Halligan told Fox News’ Sean Hannity Wednesday night.

Contrary to Garland’s comment that the “president’s counsel…was on-site during the search,” Halligan said when she arrived at Mar-a-Lago she was ignored by agents and was not allowed to observe the raid.

“They refused to let me in. All I knew is that they were searching areas one, two, and three, which I understood to be the former president’s bedroom, his office, and a storage room. And other than that, we were not allowed to talk to them or go inside at all,” she told Hannity.

President Trump on Wednesday also questioned why Democrat President Barack Obama didn’t receive the same treatment when he “invoked the Presidential Records Act to ‘delay the release of thousands of pages of records from President Bill Clinton’s White House.’”

More on the matter from the New York Post:

“Obama White House lawyers repeatedly invoked the Presidential Records Act to ‘delay the release of thousands of pages of records from President Bill Clinton’s White House,’ Politico reported. At the end of his presidency, Barack Obama trucked 30 million pages of his administration’s records to Chicago, promising to digitize them and eventually put them online — a move that outraged historians.”

Trump later questioned whether Obama’s home in Martha’s Vineyard would similarly be raided.

He also criticized the White House’s claims that it had no prior knowledge of the unprecedented raid.

At any rate, Garland has called for the search warrant to be unsealed, which should reveal exactly what the FBI was after.

It won’t, however, explain whether the federal judge who signed off on the warrant was made aware of the Trump team’s previous cooperation, or reveal why the raid was executed without Trump being first allowed to comply.