Trump = dictator!! Truth Social is a threat to our democracy!!! – The Donald 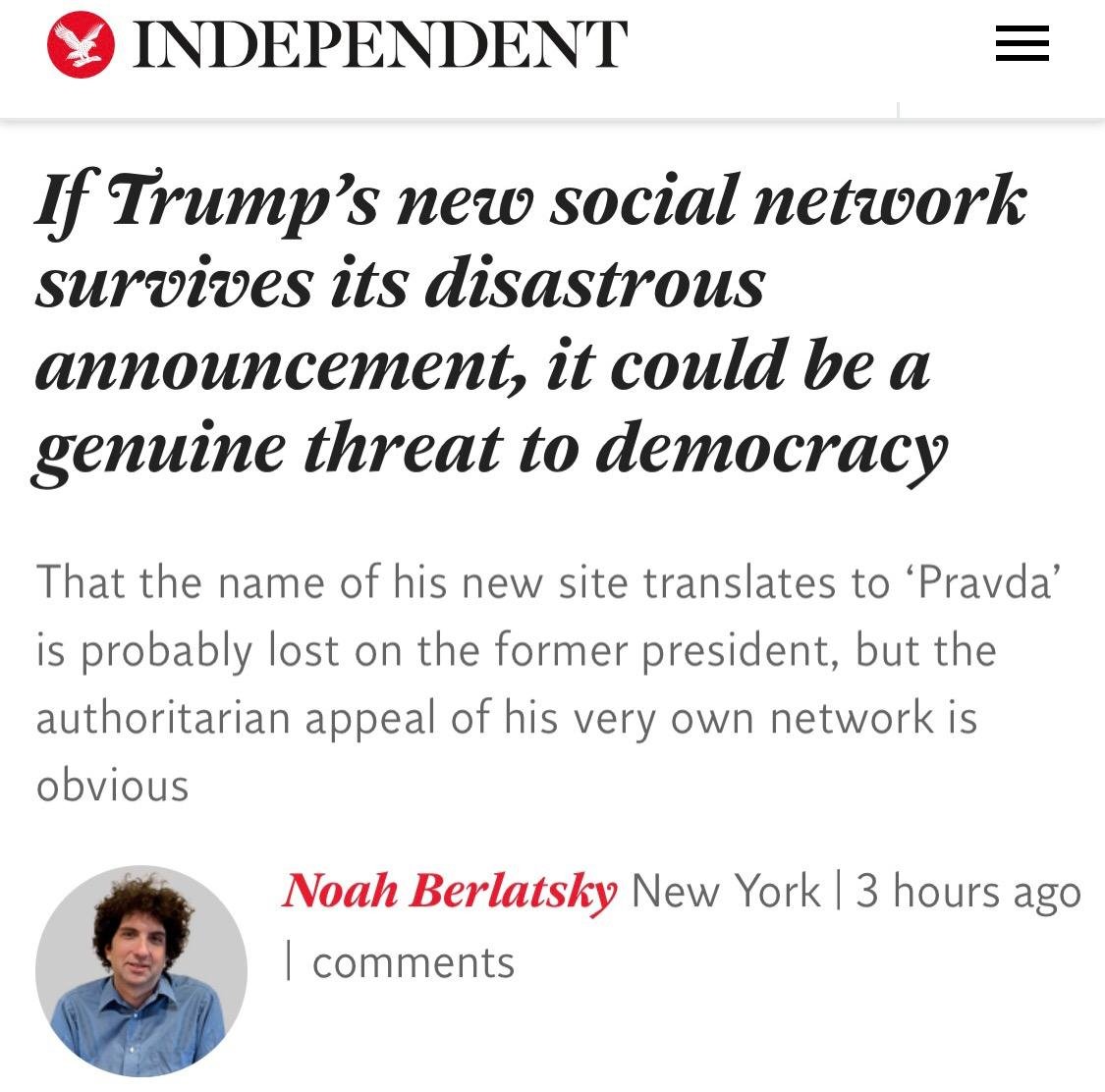 Facebook stock was issued at an initial IPO price of $38 per share in 2012, 9 years after its debut…

Trumps stock is already a higher value, before a product even exists. Facebook was heavily used by over a billion users in 2012.

So no, Trumps announcement wasn’t a disaster by any measure. Quite a resounding success actually.

But I guess free market capitalism and competition = threat to democracy.