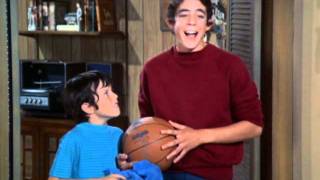 The classic “Brady Bunch” television show is being revamped for a special episode involving television personalities from “RuPaul’s Drag Race.”

Described by “Today” as “the wholesome suburban family meets drag queen crossover we never knew we needed,” the special Paramount+ event will be named “Dragging the Classics: The Brady Bunch,” and was announced on Wednesday.

According to “Today,” “Five of the original ‘Brady’ kids (Barry Williams, Christopher Knight, Mike Lookinland, Eve Plumb and Susan Olsen) will be joining ‘RuPaul’s Drag Race’ favorites to re-create the episode ‘Will the Real Jan Brady Please Stand Up?’”

The Hollywood Reporter noted that the“special promises to ‘make and break pop culture history’ as it reunites The Brady Bunch original cast members alongside RuPaul’s Drag Race favoritesas they recreate the 1971 episode…The event will use ‘state-of-the-art technology to transport the cast into the original Brady house.’”

This is ->The classic episode

The episode has this classic line delivered by Mr. Brady –> “Jan, a person doesn’t make himself different just by putting on a wig.”

It’s odd that the gay Robert Reed would say “himself.”

It’s also odd that the gay community would pick this episode given that it has that line, given that the LGBT believes a dude wearing a wig is a woman.