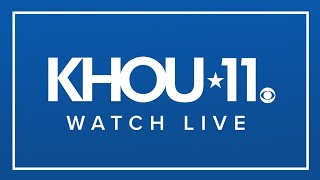 FILE – A line of Texas Department of Safety vehicles line up on the Texas side of the Rio Grande with Mexico visible, right, near an encampment of migrants, many from Haiti, on Sept. 22, 2021, in Del Rio, Texas. Former Trump administration officials are pressing Republican border governors to declare an “invasion” along the U.S.-Mexico border. It comes as Texas Gov. Greg Abbott says he’ll announce “unprecedented actions” on Wednesday to deter migrants coming to Texas. (AP Photo/Julio Cortez, File)

Texas Governor Greg Abbott (R) signed a historic agreement with the Mexican state of Nuevo Leon to increase border security. During a press conference on Wednesday, the Republican said under this deal law enforcement from Nueva Leon will patrol the border and Texas will stop inspections of their commercial vehicles.

This move came after Abbott ordered extra inspections of commercial trucks as part of his efforts to curb human trafficking and the flow of drugs into the country. Additionally, this deal includes the setup of security checkpoints and highways connecting both states.

Until Biden enforces immigration laws, Texas will continue to use its own strategies to secure the border.

This historic agreement between Texas & Nuevo León is a major step in the Lone Star State’s efforts to secure the border in the federal government’s absence. pic.twitter.com/2ycOWgRpRp

Together, we will enhance border security measures.

As Biden does NOTHING, Texas will continue to secure the border & work with Mexico to seek solutions. pic.twitter.com/BuDbTgezSO

Abbott recently made good on his promise to transport migrants in the US illegally to the nation’s capitol, which he asserted will let the Biden administration immediately address the needs of the people they are allowing to come across the border.

The Republican lawmaker stressed, the ultimate way to end the clogged border is for Joe Biden to do his job and enforce immigration laws. Abbott called on Texans to contact their federal elected officials to maintain Title 42 expulsions.

MORE NEWS: Secy. Of State Blinken: We Have Seen An Alarming Recession Of Democracy