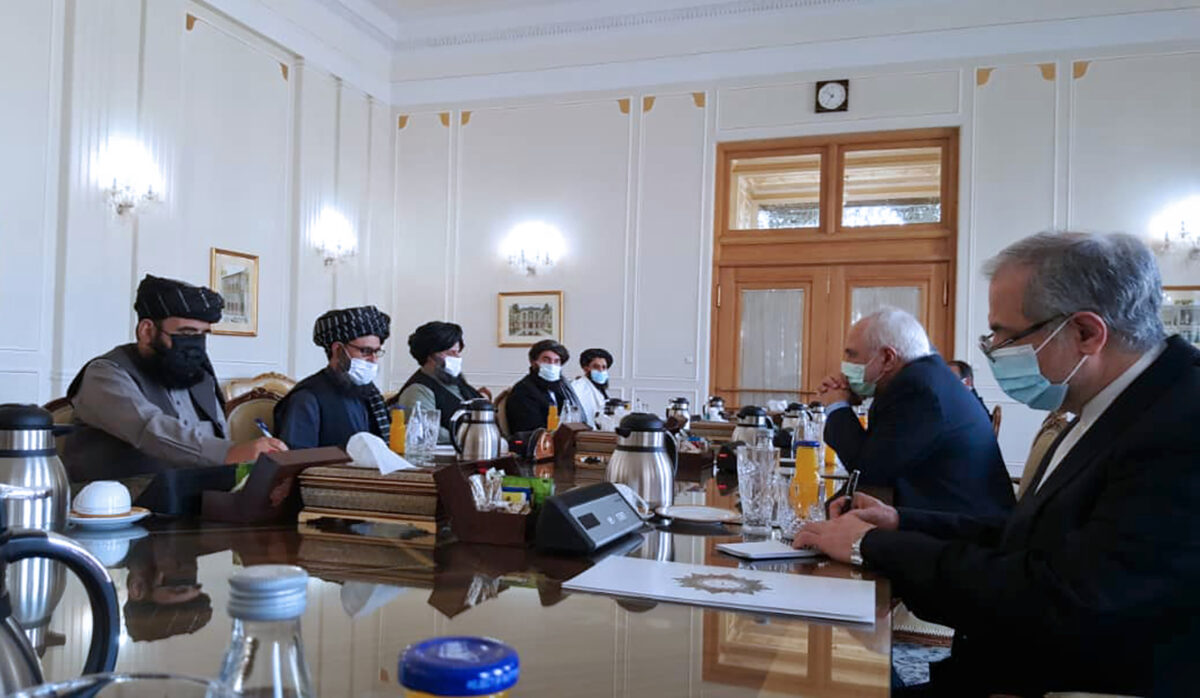 Actions by the Taliban could mean the United States doesn’t complete a full withdrawn from Afghanistan as laid out in a peace deal, a top U.S. military official said Monday.

“Frankly, I remain concerned about the actions that the Taliban has taken up until this point,” Frank McKenzie, the U.S. Central Command chief, said during a virtual event put on by the Middle East Institute.

The Taliban has continued resorting “to extreme violence, targeted killings across the country, and frequent attacks” on Afghan military members, McKenzie told the event, adding, “The level of violence is just simply too high.”

The peace agreement reached between the United States and the Taliban last year lays out a full withdrawal of U.S. forces from Afghanistan by May 1. President Joe Biden’s administration “is taking a close look at the way forward” in accordance with the agreement, but “some key elements of that plan require the Taliban to take actions,” McKenzie added.

He said the matter is under review and he did not want to get ahead of that review.

While the Taliban has called on the Biden administration to honor the withdrawal agreement, the proposed exit is contingent on the Taliban meeting certain commitments. U.S. officials for months have suggested the Taliban haven’t been meeting them.

“The Taliban have not met their commitments,” Pentagon spokesman John Kirby told reporters last month. “Without them meeting our commitments to renounce terrorism and to stop the violent attacks on the Afghan national security forces and by dint of that the Afghan people, it’s very hard to see a specific way forward for the negotiated settlement,” he added.

The force level in Afghanistan is at its lowest level since America surged troops there in 2001 after the 9/11 terror attacks. Approximately 2,500 U.S. troops are in the Middle Eastern country, after former President Donald Trump repeatedly drew down the number as part of his efforts to withdraw from the so-called forever war.

John Sopko, the special inspector general for Afghanistan reconstruction, said in a recent report (pdf) that casualties over the winter have been “exceptionally high.” Following the withdrawal agreement, peace talks between the Taliban and Afghanistan’s government have “so far yielded few substantive results,” he said, adding: “There has been no cease-fire agreement and high levels of insurgent and extremist violence continued in Afghanistan this quarter despite repeated pleas from senior U.S. and international officials to reduce violence in an effort to advance the peace process.”

It’s not clear whether the Taliban has broken ties with the al-Qaeda terrorists who orchestrated the 9/11 attacks and the group carried out a campaign of attacks and killings of government officials, civil leaders, and journalists in the fourth quarter of 2020, according to the report.

The congressionally mandated Afghanistan Study Group reached similar conclusions in a Feb. 3 report, as it recommended keeping troops past the potential May withdrawal date. The group called for a diplomatic effort to extend the current date “in order to give the peace process sufficient time to produce an acceptable result.”