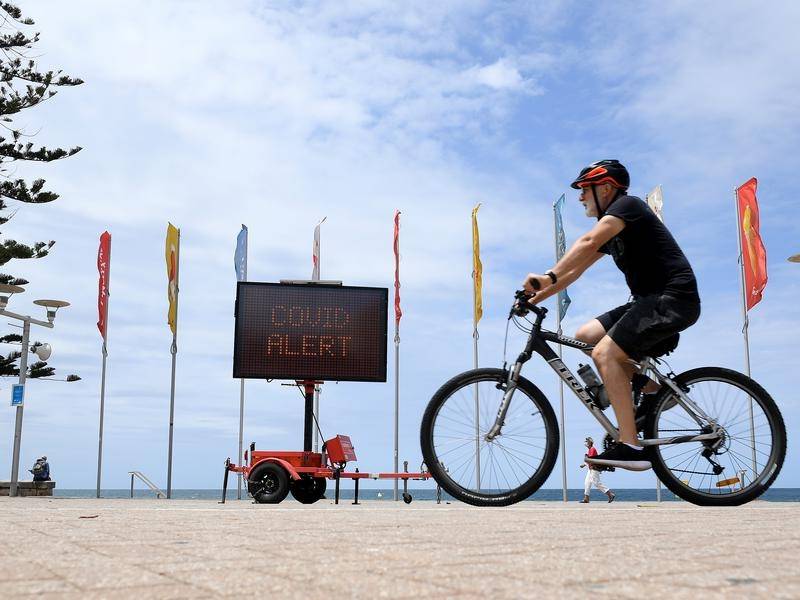 Seven new COVID-19 cases have been recorded in New South Wales (NSW), all linked to Sydney’s northern beaches area. The total in the Avalon cluster is now about 122 cases.

The Avalon cluster in NSW now totals more than 120 coronavirus cases after the discovery of seven new locally-acquired cases.

One of the new local cases in NSW, a firefighter who works at Crows Nest but lives on the northern beaches, is still under investigation.

Three fire stations have been closed for deep cleaning and Fire and Rescue NSW is working with NSW Health to identify all contacts.

Premier Gladys Berejiklian urged residents to keep getting tested to help inform decisions about New Year’s Eve celebrations in the city. More details on how the event will proceed are expected as soon as Monday.

Meanwhile, a woman who posted on social media she would leave hotel quarantine in Perth and was later caught by police after fleeing her accommodation has returned a negative COVID-19 test result.

She has been charged with failing to comply with a direction under the Emergency Management Act and is due back in court in Perth on January 4.

WA Acting Premier Roger Cook on Sunday said D’ubois, who arrived in Perth from Madrid on December 19, faced a maximum penalty of $50,000 or 12 months in prison.

While in hotel quarantine she had regular contact with an on-site medical, health and wellbeing team, he said, and was twice taken to Royal Perth Hospital for medical assistance.

Cook said more than 20,000 travellers had been processed in the state’s hotel quarantine system without an incident until this point.

“Western Australia provided this woman with safe haven from a disease which has killed well over one million people worldwide,” he told reporters.  “So the fact she would take advantage from that hospitality and … put herself and many other people at risk is quite unacceptable.”

Cook also said the state’s current policy of not monitoring the social media accounts of people in hotel quarantine would be reviewed.

“We know there are going to be uncooperative people, we know mistakes are going to be made, but in my job we have to have systems in place that make up for that, otherwise people die,” Miller said on Sunday.

A total of 662 people visited coronavirus clinics in the state on Boxing Day.

Victoria recorded its 58th consecutive day without a locally-acquired COVID-19 case, with one overseas-acquired infection discovered in hotel quarantine.

There are currently 10 active COVID-19 cases in Victoria, nine of which are in hotel quarantine, with the 10th in isolation at home.

The state has recorded 571 cases in total, SA Health says.