Supreme Court to Decide Whether Police Can Enter Your House, Seize Your Guns Without a Warrant 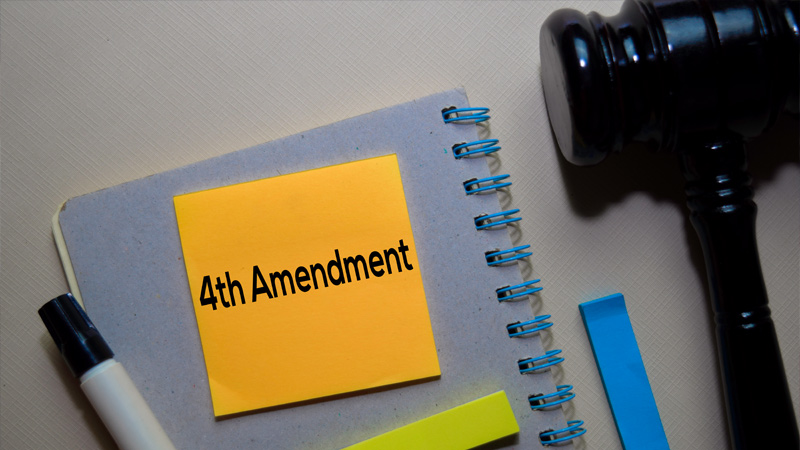 A case before the US Supreme Court Supreme Court will decide whether law enforcement officers have the right, under the 4th Amendment’s “community caretaking” exception, to enter your house and take your legally owned firearm(s) without a warrant.

The High Court has announced it will hear the case of Caniglia v. Storm. This case centers around 68-year-old Edward Caniglia of Cranston Rhode Island who asserts that police officers illegally seized his firearms after a wellness investigation initiated by Caniglia’s wife. These are the type of actions made possible by Red Flag Laws.

In 2015, Mr. and Mrs. Caniglia had an argument, during which Mr. Caniglia dramatically placed an unloaded handgun on the table telling his wife “shoot me now and get it over with.” In the end, Mrs. Caniglia spent the night at a local hotel.

The next morning, when Mrs. Caniglia couldn’t reach her husband, she called police to execute a “wellness check” at their home fearing her husband may have become suicidal.

After interviewing Caniglia, the police officers were able to convince him to go to the hospital for a psychiatric evaluation on the promise that his firearms would not be confiscated or removed from the house by law enforcement. Caniglia was examined by a nurse and a social worker and discharged that same day.

During Caniglia’s psychiatric examination, police officers searched the house on information from Mrs. Caniglia that her husband owned two firearms. Without a warrant – and after promising Mr. Caniglia that his firearms would not be confiscated, police seized Caniglia’s firearms and on several occasions afterward refused to return them to Caniglia.

Caniglia lost his case before the First Circuit Court of Appeals when that court upheld the officers’ actions under the “community caretaking” exception to the 4th Amendment.

“At its core, the community caretaking doctrine is designed to give police elbow room to take appropriate action when unforeseen circumstances present some transient hazard that requires immediate attention. Understanding the core purpose of the doctrine leads inexorably to the conclusion that it should not be limited to the motor vehicle context. Threats to individual and community safety are not confined to the highways,” the court wrote in the ruling.

The 4th Amendment guarantees a citizen’s right against warrantless searches and among the most sacrosanct searches it covers is a search of a person’s home. Before authorities can search a home, they must attain a search warrant showing probable cause they will discover specific evidence of a crime.

There are three exceptions to the 4th Amendment: “exigent circumstances” in which a police officer looks through a home’s window and sees an imminent capital crime about to happen; “emergency aid” where an emergency situation such as a health emergency is witnessed through the same window; and a more malleable exception called “community caretaking”, where potential extreme dangers to the “community” are determined.

The “community caretaking” exception, unlike the “exigent circumstances” and “emergency aid” exceptions, is not limited to situations where there isn’t time to attain a warrant. At the heart of Caniglia’s case is the extremely vague definition of what “caretaking” falls under this exception.

Caniglia has appealed to the US Supreme Court arguing that extending the “community caretaking” exception to the 4th Amendment into a man’s home would effectively give free reign to ideological and politically driven authorities, such as we are seeing in the radically emotion responses by Progressives and Democrats in the aftermath of the events of January 6, 2021, at the US Capitol Building.

Extending the community caretaking exception “into the home – the most protected of all private spaces – would create a loophole in the Fourth Amendment’s warrant requirement wide enough to drive a truck through,” Caniglia and his attorneys argues to the justices. “So long as an officer reasonably claims to be taking care of the community, he can disregard the Fourth Amendment’s protections.”

The Supreme Court has set March 24, 2021 for oral arguments in the case.