Six Reasons For Conservatives To Be Optimistic In 2022 – IOTW Report 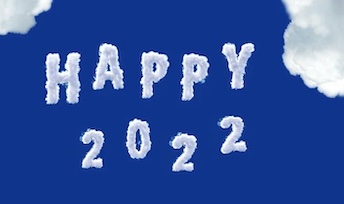 BSC: In this installment of their weekly Sunday Six conversation, PF Whalen and Parker Beauregard of The Blue State Conservative discuss six reasons for those of us on the right to be optimistic as the new year begins.

#6: America’s cultural ‘center’ is shifting to the right.

PF: The future of our country will be decided by one group: the ideological center. The majority of the country is locked in with their ideology. Those on the hard left will vote for anyone and anything with a “D” on the ballot, and conservatives are almost as loyal to the Republicans, even though we sometimes view them as the lesser of two evils. The independent, moderate voters make up approximately 20% of the electorate, and they’re the ones that decide in which direction the country goes.

During their fiery but mostly peaceful social justice riots in 2020, the left thought they had won the culture war, but they didn’t. For Black Lives Matter – the organization, not the sentiment – a recent poll by Civiqs, which is a very left-leaning polling outfit, showed the approval rating for BLM down to just 44%, a significant drop from their highs last year. But it’s not just BLM and the other race-baiters on the left for which public opinion is shifting. more here