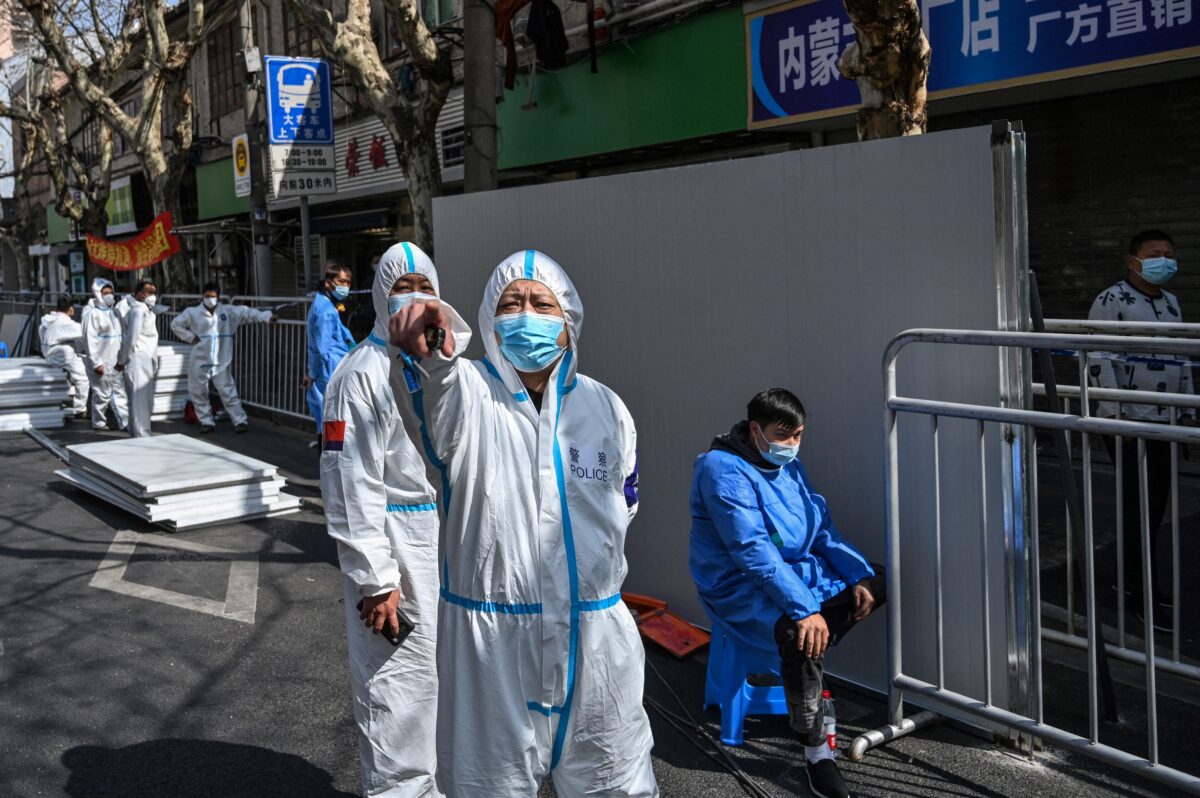 Footage that widely circulated on social media shows residents entered a neighborhood clash with police in Shanghai due to local authorities’ decision to acquire some of their community’s apartment buildings as quarantine centers.

According to the footage, dwellers in the Zhangjiang Nashi neighborhood compound rallied in protest of the local government’s eviction order that forced them to move out. Police in white protective gear pushed back demonstrators while some women were crying desperately for help.

The Zhangjiang Group, which owns the compound, said in an April 14 statement that their quarantine construction “met with resistance from part of residents,” hinting at the clash between police and community dwellers.

Nine additional apartment buildings will be converted into quarantine facilities to battle the fresh outbreak in the city besides five already in use, according to the notice.

Resident Chen Ning (alias) told The Epoch Times that about 40 people tried to block workers from entering the construction site. Soon, scores of police officers arrived and forcibly dispelled them.

Another resident Li Xin (again a pseudonym) told The Epoch Times she was present at the protest scene on April 14.

“The police could take away anyone they wanted to intimidate the rest,” she said. “They arrested altogether a dozen right from the scene.”

Among the detainees was an elderly lady, whose husband was a paralyzed and bedridden patient, according to Li. Her son-in-law bent his knees to the police for her release.

Li said the lady’s building was surrounded by three others, which are about 32 feet away and are required to function as quarantine centers. So, her whole family feel danger, worried that the old couple might be at risk of the virus.

Later, all the detainees were set free, according to Li.

Additionally, Chen said she experienced an internet shutdown and cellphone signal cutoff around the arrival of the police on that day. The telecommunications situation did not improve until the night of the day; and internet service did not resume until the following day, she said.

The Zhangjiang Group claimed the community buildings are state-owned and on a rental housing program. It said it offered compensation for the change of residence to tenants.

However, Chen said she was never told that her building is a public rental housing. Nor did she receive any penny for benefit from the company, she said in the interview.

“My [monthly] rent is 7,055 yuan ($1,107), excluding water, electricity, and gas bills,” she said. Rent in a public rental housing is expected to be lower than that in other apartment buildings.

Chen said residents grew frustrated and helpless after the crackdown and rumors discrediting them for disobeying government COVID-19 policies.

Signs show the local outbreak continues to worsen and the city is building additional mobile cabin hospitals for surging cases or transforming other properties into such facilities.

Frank Yue is a Canada-based journalist for The Epoch Times who covers China-related news. He also holds an M.A. in English language and literature from Tianjin Foreign Studies University, China.