Security At Capitol Being INCREASED Following Warning Of Militia ‘Plot’ 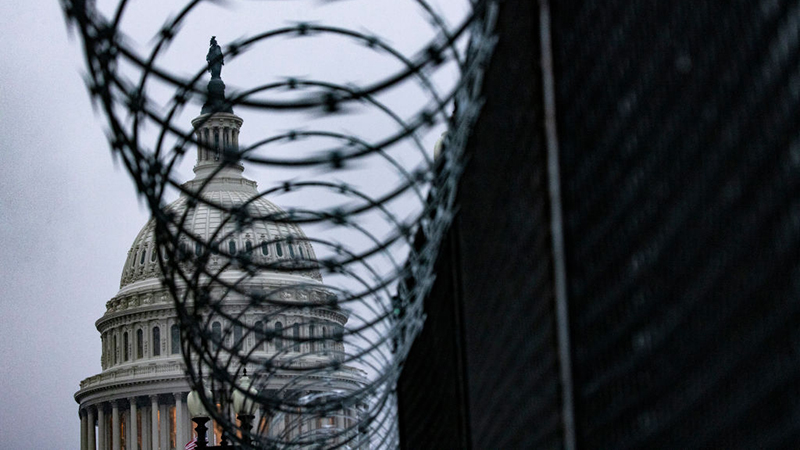 Capitol Police announced Tuesday that security is being increased in DC following an intelligence warning that militias are planning a breach on Thursday March 4th.

Capitol Hill is already surrounded by a huge razor wire topped fence, with thousands of National Guard troops still stationed within its perimeters, but apparently that is not enough.

Fox 5 News reports that Capitol police ‘sources’ warned that the militia group the Three Percenters, who have been accused of involvement in the January 6th riot, is planning to cause another breach this week.

Joe Biden was spotted doing the bare minimum at his job once again in a brief press conference to the public.

Fox News also reported that March 4th is the day that QAnon followers believe President Trump is going to return and be reinstated, as it was historically the day on which presidents were inaugurated.

The report also states that “There is also some chatter about March 20, the day the Republican party came to life in 1834. And, there’s even some noise about April 15: federal income tax day.”

As we previously reported, the Capitol Police Chief has proposed erecting a permanent fence around the centre of government in DC.

Internal documents have also indicated that DC authorities want to keep the National Guard troops in place through the Summer and into Fall.

The January 6th events have been used to implement a military presence around the centre of government, which is now being held in place with fresh ‘threats’ being touted every week as justification.