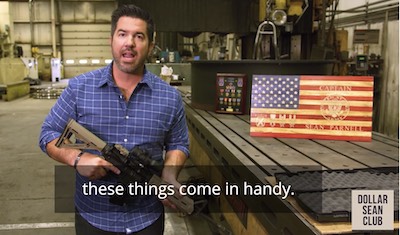 The big crowd of Republicans eyeing a 2022 Senate bid in Pennsylvania could find themselves boxed out by Sean Parnell, who is poised to jump in and would likely immediately receive the endorsement of Donald Trump Jr.

Parnell, 39, won accolades on the Right last year for waging a spirited campaign for a Pittsburgh-area House seat, falling just short to incumbent Democratic Rep. Conor Lamb. With two-term Republican Sen. Pat Toomey choosing retirement over reelection, grassroots Republicans and prominent figures close to former President Donald Trump began urging Parnell to consider another run for Congress, encouragement that has put him on the verge of a Senate campaign.

Of the Republican contenders already in the race, GOP insiders consider real estate developer and 2018 GOP nominee for lieutenant governor Jeff Bartos the most serious. Others running include Trump campaign activist and Army veteran Kathy Barnette, who is black; and attorney Sean Gale, whose campaign declares in a digital ad posted to his website: “His platform is simple: He’s not Pat Toomey or a puppet of the Pennsylvania GOP swamp.” more here