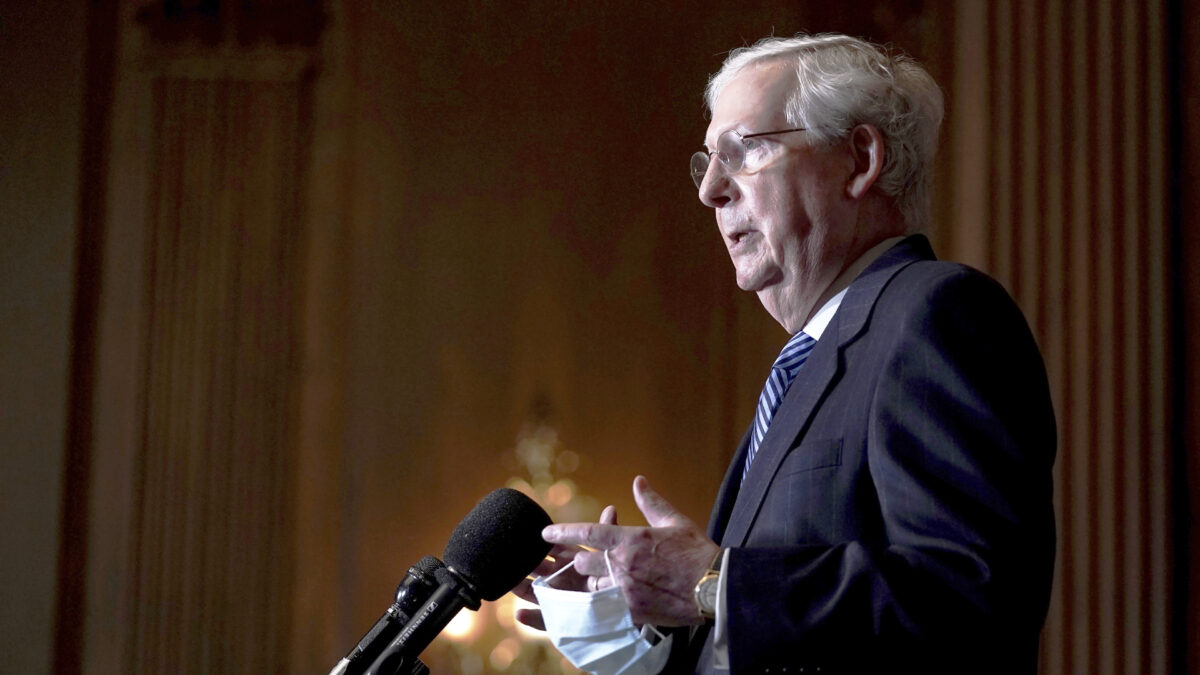 “This week on the Senate floor Mitch McConnell wants to vote to override Trump’s veto of the $740 billion defense funding bill and then head home for the New Year,” Sanders said in a social media statement. “I’m going to object until we get a vote on legislation to provide a $2,000 direct payment to the working class.”

Sanders and Sen. Josh Hawley (R-Mo.) tried unsuccessfully to get unanimous consent from colleagues on higher checks earlier this month. Each were blocked by Sen. Ron Johnson (R-Wis.).

McConnell’s office didn’t respond to a query on whether he plans to bring the amendment to increase stimulus checks to a vote.

McConnell announced last week that he and Senate Minority Leader Chuck Schumer (D-N.Y.) agreed to return to session on Dec. 29 in preparation for Trump’s expected veto and the House’s expected override. He has not commented on the amendment to increase checks, which are part of a fresh COVID-19 relief bill that passed Congress but hasn’t yet been signed by Trump.

Schumer announced Monday night that he will move to pass the act during Tuesday’s session.

“There’s strong support for these $2,000 emergency checks from every corner of the country—Leader McConnell ought to make sure Senate Republicans do not stand in the way of helping to meet the needs of American workers and families who are crying out for help,” he said. Senators can pass bills via unanimous consent, avoiding a recorded vote but allowing legislation to be blocked by a single senator.

Other senators plan on delaying the override vote on the defense bill veto, including Sens. Rand Paul (R-Ky.) and Ed Markey (D-Mass.).

Markey said in a tweet that he would join Sanders’s effort to push for a vote on the direct cash payments.

“That relief passed in the House today with 44 Republicans voting for it. Senate Republicans must do the same and get the American people the help they need,” he said.