RIGGED! EU openly admits they are putting the next round of sanctions on Russia on hold until the French elections are over “to ensure that the impact on prices at the pump doesn’t fuel the populist candidate Marine Le Pen and hurt President Emmanuel Macron’s chances of re-election”. – The Donald 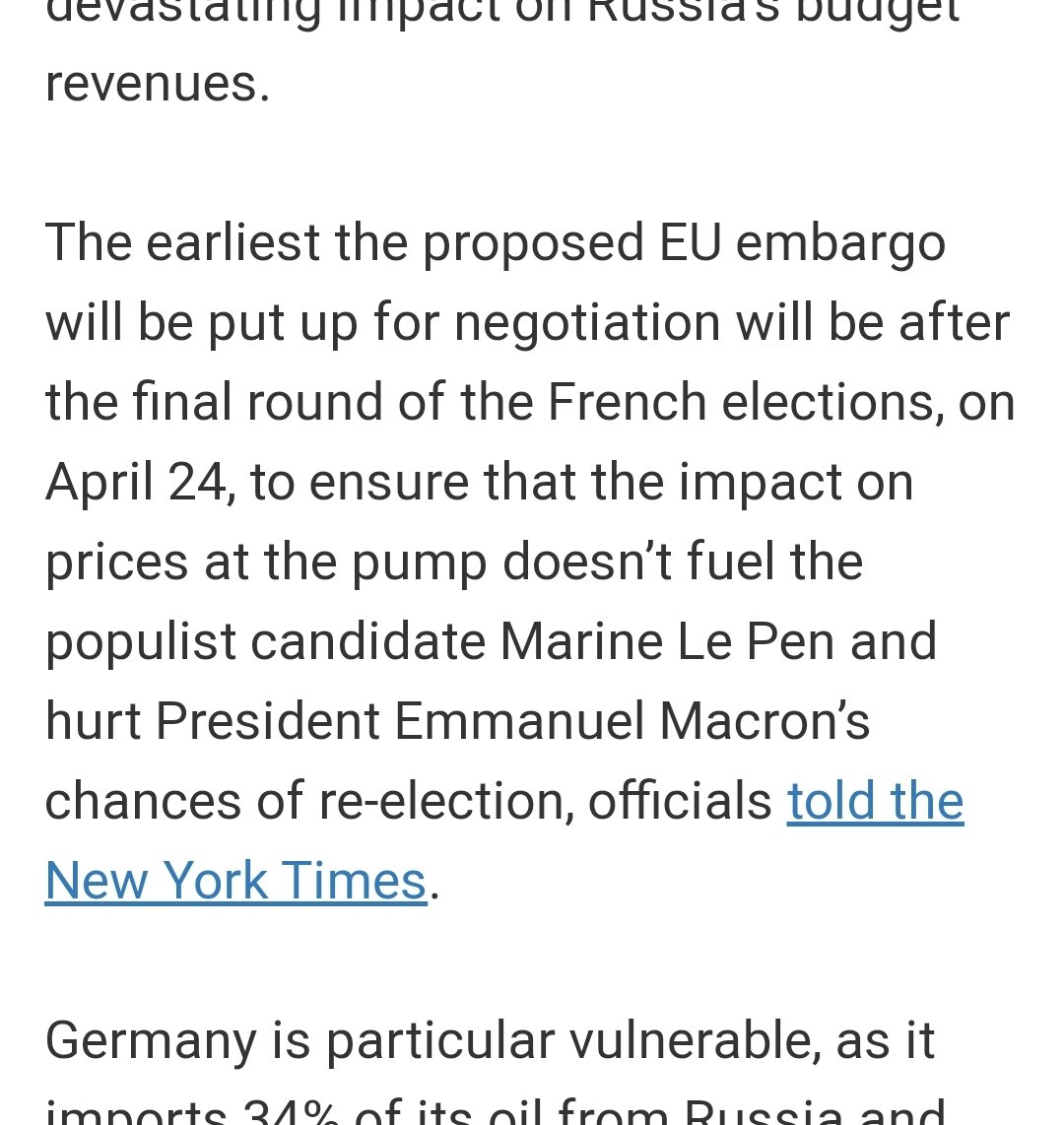 It’s interesting being aware of these things as they happen.

The average person isn’t going to wake up and see this. They’re not even looking. Even if they check “the news” in whatever fashion, the overwhelming majority will still not see this while trying to be aware of important things.

They might see it in a news story 8 months from now and go “Well fuck. That is election interference. How were the allowed to do that?” way after the fact.

Wresting Social Media control away from the elites is mandatory – but beyond that is building a healthy journalism again. We really don’t have much of it at all and what we do have is suppressed and attacked ruthlessly. Citizen journalism is overwhelmingly far superior to mainstream sources, but “war. Russia. Ukraine” and WHAM eyes are back on CNN and ignoring their propaganda, their numerous lies. Even people who know it still go there, because… that’s where they go. CNN as a brand has to be annihilated. It can’t be that “some people call them Fake News” but that “CNN = Fake News” until they’re shut down and selling their physical hardware type of situation.

We really do underestimate the Internet. It’s much more powerful than the printing press ever was. I see news changing in the future. Local news is EASY for anyone to do: we all have access to high quality cameras, voice, etc. This should be where things really start to take off: at the local level. The financial incentive for real news is sky high and affords many opportunities. Can you imagine the war reporting going on now if there was a TRUSTED news organization that could literally drop in twenty well trained journalists with training for war zones and technological capabilities? With the ability not only to film and broadcast, but to place cameras and recording devices in a number of places?

The world is changing. The information lords don’t like it very much.