Ready to Take ‘Full Control’ of Kabul Airport After US Departs 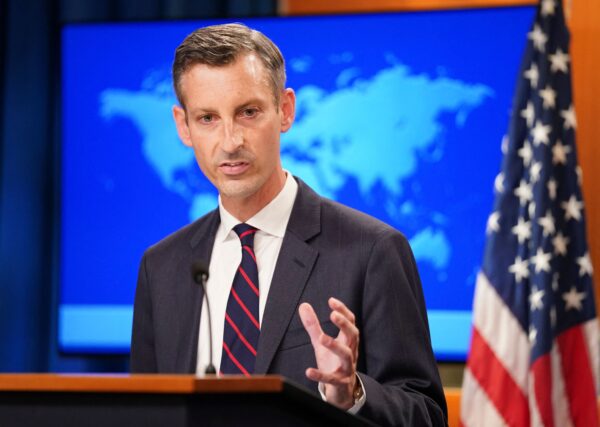 The Taliban terrorist group has taken “full control” of almost every area near the airport in the capital of Afghanistan and is ready to take over as soon as U.S. troops depart, two senior officials from the group claimed on Friday.

One of the seniors said their forces have taken over the area with the exception of “a small part” near Hamid Karzai International Airport in Kabul, as well as “the area where the Americans are stationed.”

“As soon as the Americans leave, they just have to give us the signal and we will then take over,” he said. “This can be done as early as this weekend,” he added.

However, U.S. State Department spokesman Ned Price said that running the airport is “not an uncomplicated piece of business” and doesn’t expect Taliban forces will be able to normally operate starting Sept. 1, the day after U.S. troops officially withdraw.

“I think that it is probably unreasonable to expect that there will be normal airport operations on Sept. 1,” Price said Friday, adding that if U.S. departures from the beleaguered Middle Eastern nation do complete on Aug. 31, the airport will essentially be given “back to the Afghan people.”

An official Taliban spokesperson wasn’t immediately available to provide a statement on the matter.

With the deadline for full withdrawal of all international forces rapidly approaching, it was believed Turkey would continue to provide technical support with operations at the airport in Kabul.

Turkish President Recep Tayyip Erdogan told reporters at a press conference that the Taliban had asked Turkey to help run operations at the airport—where a deadly terror attack on Aug. 26 killed 13 U.S. service members and dozens of Afghan civilians.

“The Taliban have made a request regarding the operation of Kabul airport. They say, ‘We’ll ensure security and you can operate it.’ But we have not made a decision yet because there is always a possibility of death and such things there,” Erdogan said, Hurriyet Daily News reported.

“We must first see the picture in Afghanistan. There is a serious power vacuum in the country now. We will make our decision after the emergence of the new administration,” he added.

Turkey, which is part of the NATO mission, has been responsible for security at the Kabul airport for the last six years.

The United States assumed control of the airport around the time the Taliban took over the country. It’s the only ground U.S. troops control ahead of their planned withdrawal on Aug. 31, a deadline President Joe Biden remains committed to and the Taliban continue to insist on.

Tom Ozimek contributed to this report.