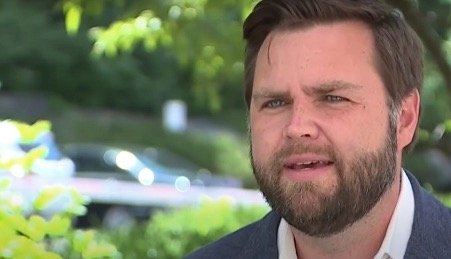 Endorsed by Trump, Carlson, and a Silicon Valley billionaire, this millennial Republican has offered no shortage of opinions about America’s future—but will these ideas work?

To say that Republican Ohio Senate candidate J.D. Vance has been outspoken in recent years would be an understatement. After publishing the best-selling 2016 memoir, “Hillbilly Elegy,” Vance gained widespread recognition in the political arena. The former marine and Yale Law School graduate has since made some bold statements that would appeal to many who hold socially conservative views. Nevertheless, how such ideas resonate with voters across the broader right-wing political spectrum in America might require serious polling.

“We should worry that in America, family formation, our birth rates, a ton of indicators of family health have collapsed,” the Republican candidate declared. The 37-year-old described the falling fertility rates across the United States as a “civilizational crisis” and called for policies that support middle-class families.

Indeed, according to reports from the Centers for Disease Control and Prevention, birth rates in the United States have fallen to a record low in over three decades, with only women in their late 30s and early 40s having more babies than previous generations in their age group. Furthermore, marriage rates have also hit an all-time low across America following a long decline beginning in the mid-1980s. Although millennials with an educational degree are marrying at a higher rate than those with a lower qualification, a growing proportion do not want to have children.

In his speech, Vance was referring to well-known Democrat figures, including Vice President Kamala Harris, Rep. Alexandria Ocasio-Cortez of New York, and Sen. Cory Booker of New Jersey, all three of whom are not known to have children.

From a different standpoint, it would be perfectly plausible for childless or unmarried politicians—say, religious leaders—to be entirely on board with constructing policies or promoting a culture that incentivizes marriage and child-rearing.

Although Vance’s reasoning is understandable, in that influential figures on the Left “don’t have a personal indirect stake in it via their own offspring,” one might conversely judge previous leaders with children who supported policies detrimental to the social fabric of this great nation.

At the Intercollegiate Studies Institute’s conference, Vance suggested that the votes of Americans who have children should carry more weight; he reasoned that parents had made more of an ‘investment’ in the country’s future by raising a family. The father-of-three said:

Although Vance’s viewpoint is understandable, how will hard-working, patriotic American taxpayers who happen to be childless make sense of this proposal? Moreover, the U.S. currently has the highest rate of children living in single-parent households globally. What is the likelihood of a subset of single mothers having a child after child to take advantage of government handouts?

Furthermore, Vance has also spoken in favor of economic policies encouraging married couples to raise families. To this end, he praised Hungary’s policies, stating, “they offer loans to newly married couples that are forgiven at some point later if those couples have actually stayed together and had kids.”

It is a plausible suggestion. Given that America has witnessed a surge in single mothers entering the workforce, many separated or divorced, implementing a pro-family government program would be an interesting socio-cultural experiment.

The question would be: how effectively can a government policy override the driving societal culture where the number of babies conceived out of wedlock has soared since 1990, and moreover, marriage rates have plummeted, hitting record-low numbers since 1963?

An outright ban on pornography

According to an interview with the Catholic based CRISIS magazine in August 2021, Vance “admitted he wants to outright ban pornography.” At the Intercollegiate Studies Institute’s conference, he went on to say:

To date, Vance hasn’t explicitly stated any measures he would take to restrict access to pornography as a senator. Given that Americans reportedly spend roughly $10 billion a year on erotica material, any mission to crack down on X-rated production might require miraculous intervention. Enacting laws that could bolster married working and middle-class couples’ ability to raise a family is a meaningful goal. Still, it would serve as a singular force against a culture that shamelessly commercializes and promotes sexual pleasure as a commodity, stripped of personal intimacy and responsibility.

Vance’s best aim is to inspire cultural change, such that young people learn to appreciate the complementary differences between the opposite sex, are more likely to date with the intent of marriage, and, in many cases, will choose parenthood over seeing babies as “carbon legacy.” In any case, given Vance’s growing appeal on the Right, who is backing this well-spoken Catholic convert, husband and father of three children?

Vance has been endorsed by Fox News star host Tucker Carlson. Before the GOP primary earlier this year, Carlson revealed his thoughts about the Yale Law School graduate:

“We don’t endorse a lot of candidates on the show…They say they’re going to do one thing, they do another. But occasionally you run into somebody who could actually change things, and you know that person could change things because all the right people are hysterical…about the idea of him advancing to the United States Senate. That’d be J.D. Vance, and he’s running for Senate from Ohio.”

Vance has also previously worked for venture capitalist Peter Thiel, who reportedly pumped $15 million into backing the Republican Senate candidate. Thiel, a Silicon Valley billionaire, and PayPal co-founder has described himself as a “conservative libertarianism.” For instance, in 2019, Thiel urged a government investigation into Google after accusing the company of being “seemingly treasonous” and asked whether its senior management had been “infiltrated” by foreign intelligence agencies.

Although Vance had previously denounced the 45th President Donald J. Trump as “an idiot,” the millennial Ohioan has since said he regrets his past statements. Trump, who won Ohio by eight points in the 2020 election, endorsed Vance in the GOP primary; this arguably advanced the 37-year-old’s campaign toward defeating six other candidates to win the Ohio Republican Senate primary in early May this year.

On a closing note, it would be interesting to know Vance’s financial backers’ opinion about their candidate’s support for social conservatism, particularly Thiel as a major donor.

Only time will reveal.

Cameron Keegan is a researcher and writer on U.S. politics, education, faith, and culture affecting young people through a conservative disposition. To learn more about Cameron’s work, visit https://ckeeganan.substack.com, and for comments or questions, send an email to ckeeganan@substack.com.

If you found this article informative, please consider a small donation to our coffee cup to help support Conservative Journalism – or spread the word. Thank you.