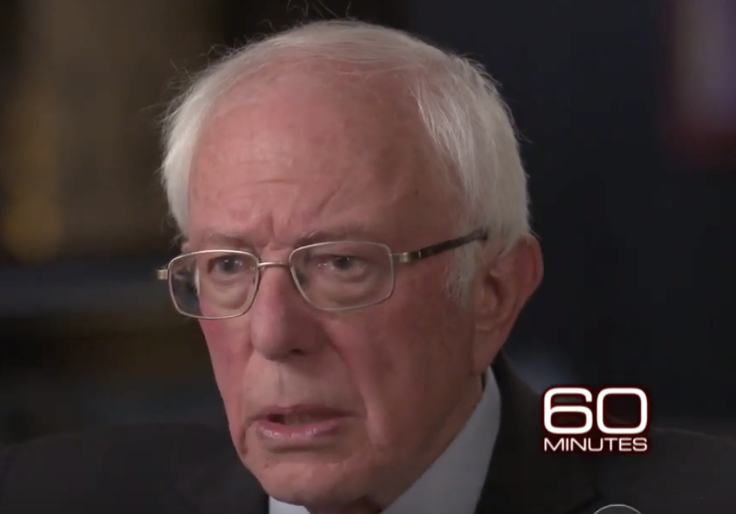 Presidential ally, on the check amount issue, Socialist Senator Bernie Sanders of Vermont is holding the National Defense Authorization Act, the bill that pays and funds the military, hostage to getting what he and the president want on the stimulus bill: a $2000 check amount to each qualifying American.

But on Wednesday McConnell introduced his own bill that would raise the check amount to $2000 and address presidential priorities such as Section 230 and election integrity. It has little chance of passage but is a tactical move by McConnell to gain advantage.

The White House reportedly signaled back it doesn’t put much emphasis on 230 or on the election integrity issue when it comes to this bill. It is determined to get that check amount as a first priority, even if a Sanders filibuster on NDAA drags Georgia GOP candidates Senators Loeffler and Perdue back to DC to break the logjam. It all works out for Sanders. Republican candidates hurt and the check amount the Socialist Senator wants. And the president going along with it all. Well played, comrade.

FNC: “Sen. Bernie Sanders, I-Vt., took to Twitter late Monday to suggest that he may engage in stall tactics to support legislation that would increase the direct payment amounts to many Americans from $600 to $2,000.

Sanders tweeted that McConnell wants to vote to override Trump’s veto ‘and then head home for the New Year,’ but he wrote, ‘I’m going to object until we get a vote on legislation to provide a $2,000 direct payment to the working class.’

This week on the Senate floor Mitch McConnell wants to vote to override Trump’s veto of the $740 billion defense funding bill and then head home for the New Year.

I’m going to object until we get a vote on legislation to provide a $2,000 direct payment to the working class.

And his best offense seems to be a focus on defense — the defense funding bill.

MORE NEWS: Portland Police Forced To Beg For Help From Community As Violence Gets Out Of Control

Sanders posted that Senate Majority Leader Mitch McConnell has made it clear he wants to pass the defense bill despite President Trump’s veto, and an override attempt is slated for later Tuesday. The House took the first step to override the president’s veto of the $740 billion National Defense Authorization Act on Monday in a 322-87 vote…’McConnell and the Senate want to expedite the override vote and I understand that,’ Sanders told Politico. ‘But I’m not going to allow that to happen unless there is a vote, no matter how long that takes, on the $2,000 direct payment.’ ”

Warren Gunnels, Sanders aide, said that McConnell will ask for “unanimous consent” to vote on the veto override and his boss will object until “we get a vote on $2,000 direct payments…We can force the Senate to stay in session until the New Year. This is no bluff,” he posted.

Trump doubled down on the $2000, regardless of the effect on the Georgia runoffs. “As President, I have told Congress that I want far less wasteful spending and more money going to the American people in the form of $2,000 checks per adult and $600 per child. Much more money is coming. I will never give up my fight for the American people!” That fight, if we lose in Georgia, could cost the American people the US Senate and hand it over to temporary Trump ally Bernie Sanders and other leftists. Apparently it is a price the president is willing to pay for the greater check amount. History may decide he chose poorly.