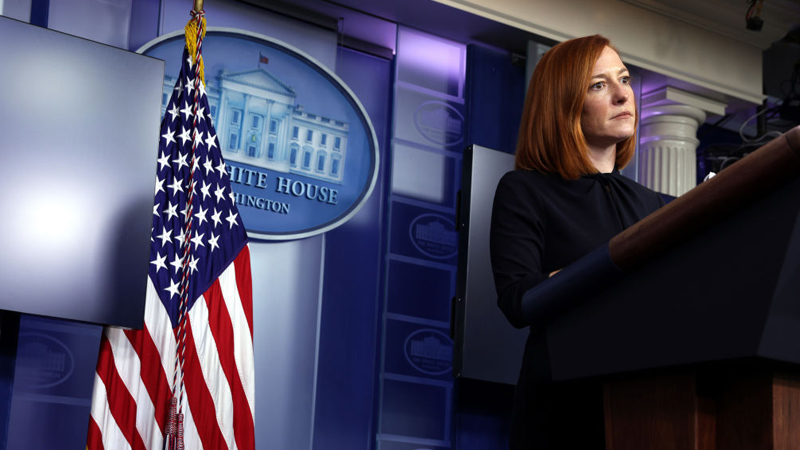 In a statement to Politico, Deputy Press Secretary T.J. Ducklo said the administration is working with the White House Correspondents Association to figure out what to do with problematic outlets that might try to “traffic in conspiracy theories.”

“We expect reporters covering the White House to operate in good faith and tell their audience the truth, and this White House will do the same. We are moving forward with that mutual understanding,” said T.J. Ducklo, the deputy White House press secretary. “Organizations or individuals who traffic in conspiracy theories, propaganda and lies to spread disinformation will not be tolerated, and we’ll work with the WHCA to decide how to handle those instances moving forward.”

Since liberals consider reports on election irregularities and voter fraud to be “conspiracy theories,” such a move could affect many conservative outlets, including NewsMax and Fox News.

The comments raised the eyebrows of CNN censorship czar Oliver Darcy, who salivated at the thought of blood in the water:

A ban on conservative-leaning outlets would no doubt eliminate tough inquiries from press briefings, leaving Press Sec. Jen Psaki plenty of time to field questions about Biden’s favorite ice cream, or the color of his plane.

One example of Psaki struggling to answer a mildly tough question came last week when Fox News’ Peter Doocy asked why Biden, after passing an Executive Order mandating mask-wearing on federal property, neglected to wear a mask at the Lincoln Monument, to which she replied he was “celebrating an evening of a historic day in our country,” adding, “We have bigger issues to worry about.”

As mentioned by The GateWay Pundit’s Jim Hoft, the left’s definition of “conspiracy theories” is very broad when it comes to the right:

Of course, it should be noted that anything to the right of Joseph Stalin is considered “conspiracy” by today’s far-left gatekeepers.

Questioning climate science, reporting on election fraud, or exposing flawed COVID science will get you banned and silenced by the elites.