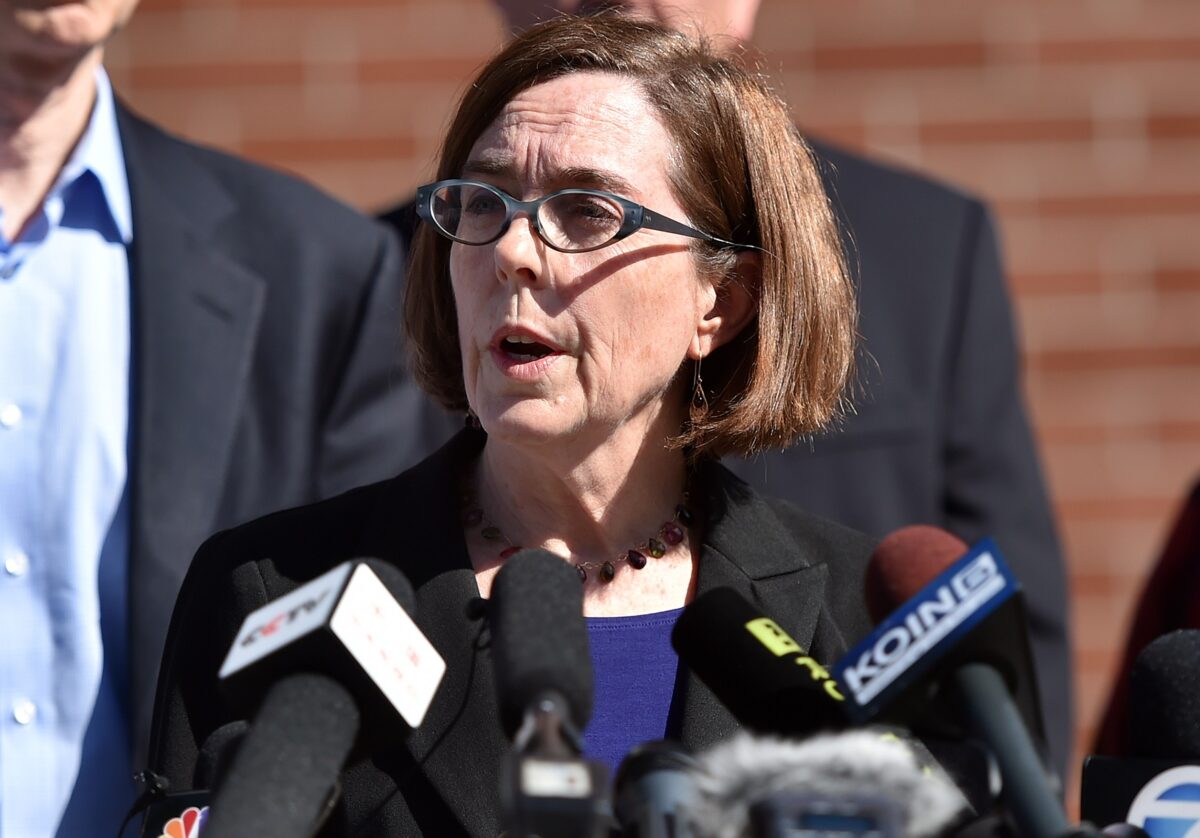 An Oregon salon owner who reopened her business in defiance of the state’s stay-at-home order earlier this year has filed a civil rights lawsuit against Gov. Kate Brown, documents show.

Lindsey Graham, who runs the Glamour Salon in downtown Salem, was fined $14,000 in May after she continued to operate her business despite an executive order from Brown that forced businesses such as salons to close amid the CCP (Chinese Communist Party) virus pandemic, commonly known as the novel coronavirus.

“By shutting down private businesses, which in turn caused Oregonians to lose their jobs and their ability to support their families, caused greater negative health effects on Oregonians in the form of increased stress, anxiety and depression,” Graham said, according to the suit.

The documents show that the salon owner is seeking $100,000 in damages as a result of her business that was forced to close and the $14,000 fine that was issued against her by the Oregon Occupational Safety and Health Division (OSHA).

“OSHA finally decided that my case was closed and decided my disciplinary action is as follows: That I would received [sic] a $14,000 fine for operating a ‘hazardous facility for my employees’ which I do not have,” Graham said at a press conference, KATU reported.

“I have independent contractors who are choosing to work at this facility,” she continued.

Graham previously said in May her decision to reopen the salon was necessary to pay her bills and provide for her family.

“At this point, I’m deciding that it’s more important for me to feed my family and pay the bills that are going to keep our home and our family alive than take the risk to remain being shut down for an undisclosed amount of time,” the salon owner said.

In the court documents, Graham claims Brown does not have the authority to close private businesses that are able to operate safely without causing a disruption in the public’s health.

“Graham followed appropriate health protocols, wiping down surfaces with anti-bacterial cleaner, cleaning floors, making sure proper mask hygiene protocols were in place, and other steps to ensure the Salon would be safe to the next day’s customers,” said Ross Day, Graham’s attorney.

“The conduct of the Defendants represents the absolute worst abuses of power one could possibly imagine,” he added.

Brown issued an executive order and public health emergency on March 23 to slow the spread of the CCP virus, forcing many businesses like Glamour Salon to close.

Graham announced on May 3 in a semi-private manner on Facebook she was reopening her business again to provide the services to her clientele, six weeks after the governor’s order, according to the lawsuit.

She filed another lawsuit earlier this year in July against the State of Oregon and Brown, alleging OSHA fined her for $14,000 “illegally and improperly,” The Register-Guard reported.

“It was an act of retribution when Governor Brown sent Oregon OSHA to improperly and illegally issue my business a $14,000 fine,” Graham said.

A spokeswoman for OSHA said earlier this year the penalty reflects “both the nature of the violation and the employer’s willful decision to violate the law.”

“She is unquestionably operating in violation of the governor’s executive order, designed to protect workers and the public,” the spokesperson wrote in an email to CNN.

A GoFundMe account that was set up in support of Graham to pay fines issued by the Oregon government and pay her attorney’s helping her with the case quickly garnered tens of thousands of dollars. As of Dec. 24, the fundraisers totaled nearly $75,000.