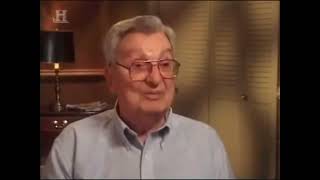 Japanese Imperial Navy Admiral Isoroku Yamamoto was the mastermind behind the attack on Pearl Harbor, December 7, 1941. Revenge for the thousands of American deaths that day came to fruition on April 18, 1943, with a mission known as Operation Vengeance.

The US hit Tokyo on April 18, 1942 with an air attack, an action known as the “Doolittle Raid.” It was the first attack of the war on the Japanese homeland. Exactly one year later, the US took out their top military strategist in a devastating blow. Yamamoto’s desire was to dictate peace terms to America from the White House, yet he knew that his attack on Pearl Harbor had “awakened the sleeping giant.”

On April 14, American code breakers intercepted a message that stated Yamamoto would be in the Solomon Islands to inspect Japanese air units and perhaps boost the morale of the troops after the disastrous Guadalcanal campaign.

The original message, NTF131755, addressed to the commanders of Base Unit No. 1, the 11th Air Flotilla, and the 26th Air Flotilla, was encoded in the Japanese Naval Cipher JN-25D (Naval Operations Code Book of the third version of RO), and was picked up by three stations of the “Magic” apparatus, including Fleet Radio Unit Pacific Fleet. The message was then deciphered by Navy cryptographers (among them future Supreme Court Justice John Paul Stevens[1]); it contained time and location details of Yamamoto’s itinerary, as well as the number and types of planes that would transport and accompany him on the journey.

His entourage would be guarded by 2 “bettys” and 6 “zeroes.” [The Japanese G4M, nicknamed the “betty”, was a light-weight bomber that could only carry a single torpedo or single, large bomb (800 kg) or 4 medium-sized bombs (4 X 250 kg). The Imperial Navy A6M or “zero” was highly maneuverable, and armed with 2 machine guns and 2 cannons. Neither plane had sealed fuel tanks or armor. Yamamoto was to be in one of the “bettys.”]

President Franklin Roosevelt gave the order to “get Yamamoto.” So P-38 Lightnings were dispatched to intercept the Japanese planes from Kukum field on Guadalcanal. The Japanese Admiral hadsor been warned by his officials that he could be flying into an ambush. He ignored those warnings.

The P-38s of the 339th Fighter Squadron, 347th Air Group were equipped with with extra fuel drop tanks – and the only planes with a range far enough to make the journey of 1000 miles required to avoid Japanese detection.

Four pilots from the 347th were chosen as the kill group: Capt. Thomas G. Lanphier, Jr., Lt. Rex T. Barber with alternates Lt. Besby F. Holmes, and Lt. Raymond K. Hine. The other pilots would be “top cover” against retaliatory attacks. Out of the 18 P-38s originally chosen, two of the Lightnings had to drop out of the flight at the start due to mechanical failures.

The tanks on Holmes’s P-38 did not detach and his element turned back toward the sea. [Commander of the mission Major John W.] Mitchell radioed Lanphier and Barber to engage, and they climbed toward the eight aircraft. The nearest escort fighters dropped their own tanks and dived toward the pair of P-38s. Lanphier, in a sound tactical move, immediately turned head-on and climbed towards the escorts while Barber chased the diving bomber transports. Barber banked steeply to turn in behind the bombers and momentarily lost sight of them, but when he regained contact, he was immediately behind one and began firing into its right engine, rear fuselage, and empennage. When Barber hit its left engine, the bomber began to trail heavy black smoke. The Betty rolled violently to the left and Barber narrowly avoided a mid-air collision. Looking back, he saw a column of black smoke and assumed the Betty had crashed into the jungle. Barber headed towards the coast at treetop level, searching for the second bomber, not knowing which one carried the targeted high-ranking officer…

Barber spotted the second bomber, carrying Chief of Staff Vice Admiral Matome Ugaki and part of Yamamoto’s staff, low over the water off Moila Point, trying to evade an attack by Holmes, whose wing tanks had finally come off. Holmes damaged the right engine of the Betty, which emitted a white vapor trail, but his closure speed carried him and his wingman Hine past the damaged bomber. Barber attacked the crippled bomber and his bullet strikes caused it to shed metal debris that damaged his own aircraft. The bomber descended and crash-landed in the water…

As he approached Henderson Field, Lanphier radioed the fighter director on Guadalcanal that “That son of a bitch will not be dictating any peace terms in the White House”, breaching security. Immediately on landing (his plane was so short on fuel that one engine quit during landing rollout) he put in a claim for shooting down Yamamoto.

Yamamoto’s body was found in the jungle amid the wreckage of his plane the next day. Both Barber and Lanphier claimed to have shot down Yamamoto’s aircraft, though historians say that Barber may have been the one to shoot it down. The Air Force ruled to give each pilot 1/2 credit for the kill. Every pilot participating in the operation received the Navy Cross. Only one pilot was lost in the mission, Lt Raymond K Hine.

The loss of Yamamoto devastated the Japanese Imperial Navy. Ironically, Yamamoto was not particularly in favor of fighting the United States. Pearl Harbor was irreversible, and he knew it. Operation vengeance sealed his fate.