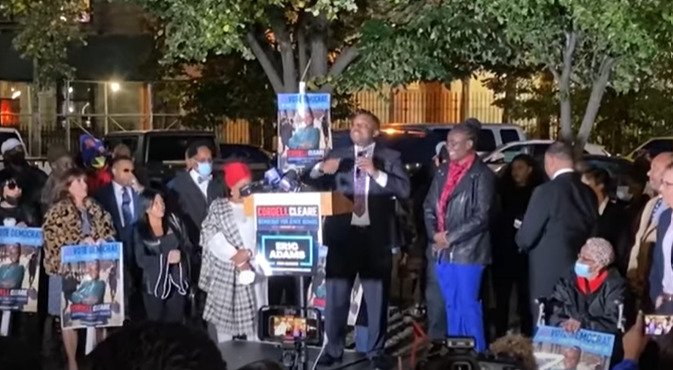 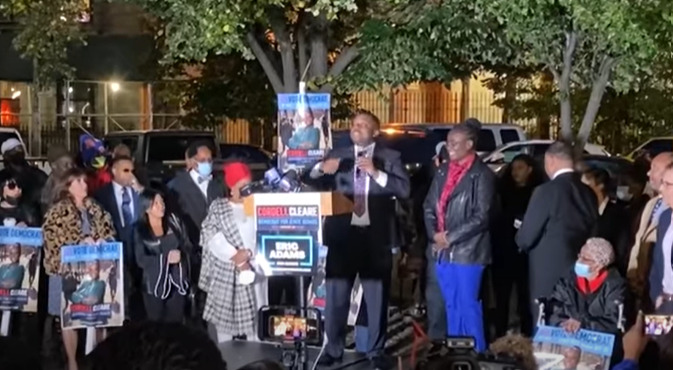 ALBANY, NY – According to reports, Democrat New York Lt. Governor Brian Benjamin was arrested on April 12th in connection with an alleged campaign finance scheme involving a sort of quid pro quo involving himself and a real estate developer.

The Department of Justice revealed that Benjamin has been charged with “bribery, honest services wire fraud, and conspiracy to commit those offenses,” alleging that he used his position as a state senator “to direct a state-funded grant to an organization controlled by a real estate developer…in exchange for campaign contributions.”

These allegedly tainted campaign contributions occurred during Benjamin’s failed run for New York City comptroller. The real estate developer, identified as Gerald Migdol, was arrested back in November 2021 in connection with the scheme.

However, at the time of Migdol’s arrest last November, the Associated Press reported that authorities hadn’t “publicly alleged that Benjamin had any knowledge of the scheme,” nor was Benjamin’s name featured on the November 2021 indictment.

Yet, despite Benjamin’s campaign releasing a statement back in November of 2021 claiming that he “nor his campaign are being accused of any wrongdoing,” clearly things have changed with the Justice Department arresting Benjamin on April 12th.

Prosecutors claim that the scheme occurred between 2019 and 2021, where Benjamin allegedly conspired with this real estate developer to secure campaign contributions in exchange for a state-funded $50,000 grant that would be handed over to a non-profit reportedly controlled by the developer.

Per the indictment, Benjamin had “engaged in a series of lies and deceptions to cover up his scheme, including by falsifying campaign donor forms, misleading city regulators, and providing false information on vetting forms he completed while seeking to be the Lieutenant Governor of New York State.”

U.S. Attorney Damian Williams issued a statement regarding Benjamin’s arrest and charges, accusing Benjamin of having “abused his power,” and that his office will fervently pursue “politicians who put themselves over the public interest.”

“As alleged, Brian Benjamin used his power as a New York state senator to secure a state-funded grant in exchange for contributions to his own political campaigns. By doing so, Benjamin abused his power and effectively used state funds to support his political campaigns. My Office and our partners at the FBI and DOI will continue to ensure that politicians who put themselves over the public interest will be prosecuted.”

New York Governor Kathy Hochul, who took office following former Governor Andrew Cuomo’s sexual harassment scandal that led to him resigning from office, had tapped Benjamin to serve as her second-in-command this past September – which his arrest now serves as another proverbial black mark for the office of the governor in New York.

Benjamin has since pleaded not guilty to the charges after appearing in a Manhattan federal court on April 12th, where he was reportedly released from custody on a $250,000 bail.

Governor Hochul has yet to afford an official statement on the arrest of her lieutenant governor, but stated she will be “addressing it very shortly,” as she has not had an opportunity to speak with Benjamin regarding the matter.