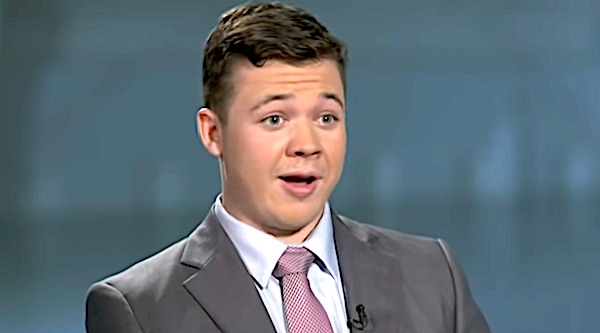 A recent Rasmussen survey of likely U.S. voters revealed that nearly half of survey respondents “believe media coverage of the trial (of Kyle Rittenhouse in Kenosha, Wis.) was unfair to the teenager.”

Rittenhouse was cleared last month of murder charges by a jury of seven women and five men. The verdict infuriated the far left, which contended the teen had not been held accountable, when the jury trial says different. He was held to account, and he was vindicated.

Rasmussen’s survey breaks down as follows: 47 percent of likely voters believe media coverage of the Rittenhouse trial was unfair, and that includes 28 percent who think coverage was not fair at all.

Thirty-six percent think coverage was fair, including 14 percent who believe it was “very fair.”

A majority of Democrats (54%) say trial coverage was fair, while only 27 percent of Republicans think that.

Interestingly, 15 percent of those surveyed think coverage was “prejudiced in Rittenhouse’s favor.”

Meanwhile, 59 percent of Republicans and 54 percent of Independents think media coverage of the trial was unfair, as do 27 percent of Democrats.

One revelation that may not be surprising is that 76 percent of voters said “they closely followed news reports about the trial in Kenosha, including 36% who followed the news Very Closely.”

How could they not? After all, this was a trial by media, which probably will not happen with the case of Darrell Brooks, the suspect in the now-infamous Waukesha, Wisconsin Christmas Parade mayhem that left several people dead. He is accused of deliberately driving an SUV through parade participants and onlookers, and he is now complaining about being “demonized” and “dehumanized.”

There are differences between the two cases. Rittenhouse was charged with two murders while Brooks is accused in six murders. Rittenhouse was able to successfully argue self-defense because he shot three people, killing two of them, with video evidence and testimony backing his claim. Brooks couldn’t possibly claim self-defense because he allegedly plowed into a parade.

If Rasmussen does a survey about the Brooks case, it will be interesting to see how closely Republicans, Democrats and Independents follow developments.

A third challenge will be the amount of media attention given to the legal case building against the accused shooter at Oxford High School in Michigan. Four students were killed, seven other people were wounded and as more details emerge about the suspect and his parents, this clearly was not a spontaneous incident, and it is already giving rise to talk of new gun control laws. Ammoland News is already reporting on this.