National Guard en Route to Capitol on Orders From Trump 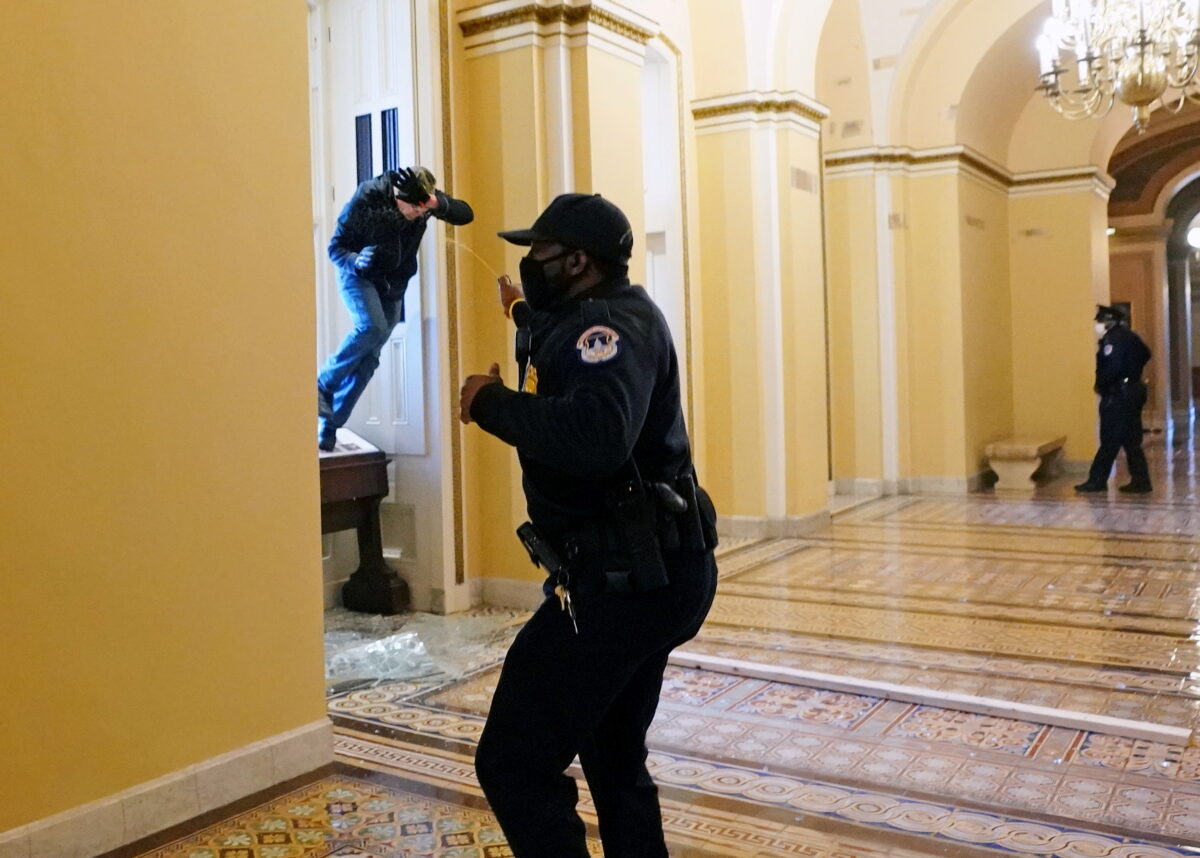 The National Guard and other forces are on their way to the U.S. Capitol after people dressed in pro-Trump apparel stormed the building on Wednesday, interrupting a joint session of Congress.

At President Donald Trump’s direction, “the National Guard is on the way along with other federal protective services,” White House press secretary Kayleigh McEnany said in a statement.

“We reiterate President Trump’s call against violence and to remain peaceful,” she added.

After the protesters entered the building, triggering the evacuation of members of Congress, at least one person appeared to have been shot.

U.S. Capitol police were making arrests but appeared overwhelmed. They had barricaded the House chambers, and some were pointing guns at the doors as Trump supporters peered in.

At the request of Washington Mayor Muriel Bowser, a Democrat, approximately 340 D.C. National Guard personnel were activated this week to support police officers as protests in support of Trump carried on in the city.

The personnel were not armed, officials stressed.

The number of National Guard forces on their way wasn’t clear. A Department of Homeland Security spokesperson told the Associated Press that officers from the Federal Protective Service and the Secret Service were being deployed to the Capitol, per a request from the U.S. Capitol Police.

Virginia Gov. Ralph Northam, a Democrat, said he was sending members of Virginia’s National Guard to Washington, along with 200 state troopers.

Jonathan Hoffman, a Pentagon spokesman, said the law enforcement response to the situation was being led by the Department of Justice. Acting Defense Secretary Christopher Miller has been in touch with congressional leadership.

A huge crowd gathered to protest the results of the 2020 election. Trump and his supporters believe the election was stolen from him, and pressured lawmakers to object to results from states that Democratic presidential nominee Joe Biden won.

The joint session was to count electoral votes. Dozens of GOP legislators objected to votes from Arizona, triggering a separate two-hour debate in each chamber. That was interrupted by protesters entering the building.

Allen Zhong contributed to this report.