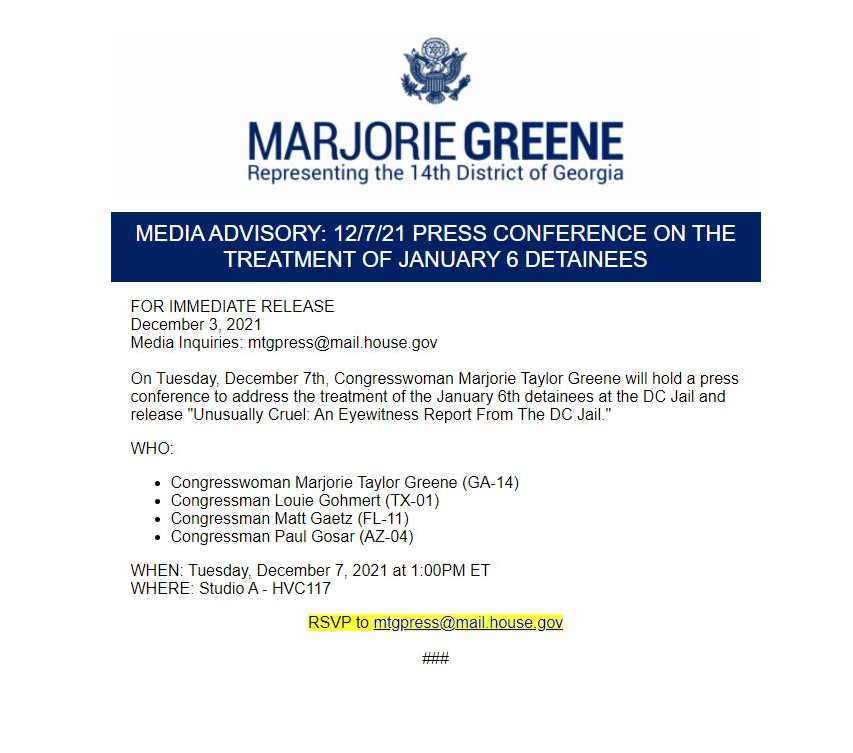 It was a demonstration, NOT an “insurrection” or even an “attack”.

The protesters were unarmed, had no plans of attack, and were not arranged in a combat formation.

The protesters never attempted to seriously harm or detain the people in the building or outside it, and what violence occurred was virtually all scuffling at barriers and thoughtlessly throwing small found objects, activities that are normal occurrences at any large crowd protest. No deaths or serious injury resulted from this behavior, and it was not widespread or pervasive.

Even the property damage was limited to that associated with any large uncontrolled crowd. Some broken windows, some petty theft, and some vandalism — and much of that was at the hands of infiltrating agitators whom members of the crowd identified to police and in some cases even intervened to stop.

Threats and rhetoric were of a taunting and brash, rebellious, and disrespectful nature, not calculated messages of incitement, calls to commit immediate bodily harm, or intimidation beyond the type common to any protest.

Protesters had good reason to believe that they were granted access to the building and grounds, both by precedent of previous ‘occupying’ protests, and by observing the actions and words of Capitol Police ‘waving them in’. Instances where trespassing might be more obvious consisted of staged symbolic acts, petty souvenir-taking, and in a few instances, seemingly genuine if misguided attempts to locate evidence of a national security crime to deliver to authorities.

These facts are known and provable with video footage. Less established are the connections, motivations and coordination behind suspicious actions by authorities and infiltrating agitators:

The certification itself is likely to soon be proved based upon fraud and criminal activity. Certainly the protesters had good reason to believe the very security of the country was at stake, which mitigates any judgement of the appropriateness of their actions.

Congressional leadership purposefully under-resourced and under-utilized available crowd control assets. They have already cited optics as a reason for doing so, but the way they were seemingly pre-staged and prepared with a narrative message is suspicious, especially since the actions they justified using their messaging narrative is disconnected from common sense and flies in the face of both their own precedent behavior, expressed rhetoric, and common congressional representative responses to protests.

Capital police waved people into the building, gave instructions on allowed behavior, but at the same time also engaged in needless provocation by discharged tear gas into a non-violent crowd and other actions, while also suspiciously acting with indifference to the most obvious instigators.

We are finding out that instigators and planners of the most aggressive and provocative actions were government agents, federal collaborators, and known leftists often connected to BLM and/or Antifa. Yet of all those arrested, these have gone uncharged, quickly released on bail (in one case despite already being charged in another case where a protest led to a roadside shooting), or allowed to plea down their case.

The other prisoners seem to be political prisoners held for narrative and intimidation purposes more than actual threat they represent (a tactic allowed to occur before by some of the same judges and other actors). Their treatment is inhumane, capricious, and excessive, and does not conform with equal protection under the law.

Finally a word on the Congressmen, Senators, and Coward Pence:

One thing that was real was the fear and panic of an entire branch of government when they were presented with even a small chance of facing a public who might hold them accountable for their actions.

Their cowering on the floor, covering their heads in plastic bags, and self-published photos displaying weakness as virtue, their inability to speak against the accusations or evidence, and their dodgy and treasonous dereliction of duty to hurriedly install one of their own over the rightful winner of a landslide victory will be a lasting tribute to their personal shame, a historical marker of the worst congress to ever inhabit that institution, and a story-lesson about abject failure taught to children of future generations.

Those that stood up to demand honest elections are heroes, and they have reaped the rewards that all true heroes get for their service: injustice, lies, and suffering. Nevertheless it is thanks to their sacrifice that the whole world knows we are still in this fight — that America has not rolled over, no matter how corrupt and feckless our installed office-holders weakly attempt to hold their grasp on power by abuse and fraud.