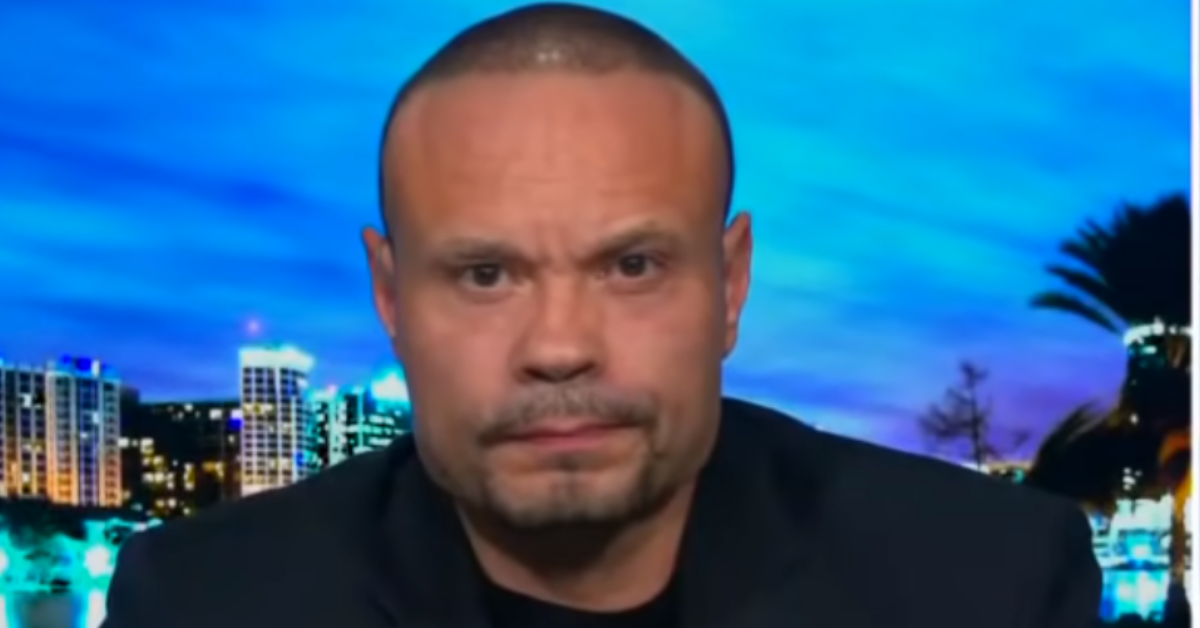 Someone just asked me yesterday if I thought Parler would ever come back and my answer was “it doesn’t look good”.

Not just hope, but a date….how does Monday work out for you?

Yeah, as in just two days away?

Parler, the social media platform that was forced offline by Amazon following the deadly Jan. 6 riot at the U.S. Capitol, could be up and running again early next week, co-owner Dan Bongino told “Hannity” Thursday.

Bongino joined host Sean Hannity one day after Fox News obtained a memo to employees from ex-CEO John Matze explaining why he was terminated by the company’s board of directors last week.

Matze alleged that he had been met with “constant resistance” to his original vision for Parler following Amazon Web Services’ decision to shut the platform down for failure to moderate “egregious content” related to the Capitol riot.

“For example, I advocated for more product stability and what I believe is a more effective approach to content moderation,” Matze wrote.

“I have no personal gripe against John, the CEO, at all, I want to be crystal clear,” he said, “but John decided to make this public, not us. We were handling it like gentlemen.

“We were the ones, in fact, fighting to get Parler back up. There was some really bad decisions made from people on the inside, and listen, this isn’t us airing dirty laundry. This is protecting a company that is absolutely committed to free speech, that I put the last year of my life into. Do you actually believe that someone else was on the side of free speech?”

“”The relationship with Parler and the CEO did not work out because the CEO’s vision was not ours,” Bongino added later in the video. “Everybody clear on that? Our vision was crystal clear. We needed to get up and fight back, some terrible decisions were made in the past, that led us to getting put down by Amazon and others.”

A Parler insider told Fox News Thursday the delay was caused by new branding and changes occurring within the company for the sake of stability.

For the record, we are also having a ball on Telegram and we will continue to be active on Telegram even after Parler returns.

If you haven’t found us on there, here’s what you need to do….

First, create an account at Telegram.org (note the .org).

Now, back to Parler.

Here’s a really interesting new turn in the story…..

According to Buzzfeed, President Trump was considering joining Parler but wanted an ownership stake, take a look:

The Trump Organization negotiated on behalf of then-president Donald Trump to make Parler his primary social network, but it had a condition: an ownership stake in return for joining, according to documents and four people familiar with the conversations. The deal was never finalized, but legal experts said the discussions alone, which occurred while Trump was still in office, raise legal concerns with regards to anti-bribery laws.

Talks between members of Trump’s campaign and Parler about Trump’s potential involvement began last summer, and were revisited in November by the Trump Organization after Trump lost the 2020 election to the Democratic nominee and current president, Joe Biden. Documents seen by BuzzFeed News show that Parler offered the Trump Organization a 40% stake in the company. It is unclear as to what extent the former president was involved with the discussions.

The never-before-reported talks between Trump’s business organization and Parler, a social media network that promises less moderation than mainstream sites and is embraced by the far right, provide more insight into the frantic last weeks of Trump’s presidency. Until the Jan. 6 insurrection, after which Facebook and Twitter suspended or banned him for continuing to sow discord about the election, Trump used those internet platforms to peddle baseless conspiracy theories. While doing so, his representatives actively negotiated to bring him to Parler, which sought to make the president a business partner who would help it compete with Twitter and Facebook by getting him to post his content on its platform first.

Former Trump campaign manager Brad Parscale raised the idea to Trump of taking an ownership stake in Parler during a meeting last year at the White House, according to a source familiar with the negotiations. Parscale had taken an early interest in Parler, and reportedly considered creating an account for Trump on the site in 2019 as a bulwark against Twitter and Facebook.

Four sources told BuzzFeed News that Parscale and Trump campaign lawyer Alex Cannon met with Parler CEO John Matze and shareholders Dan Bongino and Jeffrey Wernick at Trump’s Florida club Mar-a-Lago in June 2020 to discuss the idea. But the White House counsel’s office soon put a stop to the talks, one person with knowledge of the discussions said, ruling that such a deal while Trump was president would violate ethics rules.

“The president was never part of the discussions,” Parscale told BuzzFeed News. “The discussions were never that substantive. And this was just one of many things the campaign was looking into to deal with the cancel culture of Silicon Valley.”

Parscale was replaced as the Trump campaign manager in July.

Discussions were revived in the weeks following the election, according to two people involved, but the deal fell apart after the Capitol invasion. Following that event, Apple and Google removed Parler from their app stores, and Amazon kicked the company off its cloud hosting service, forcing the site offline. The tech giants determined that Parler had not done enough to moderate hate speech and calls for violence on its platform before, during, and after the Jan. 6 insurrection.

When reached by phone on Friday, Wernick, who called himself an adviser to the company, said that there had been discussions with the Trump Organization about bringing Trump onto the platform, but that the former president had not been involved in those conversations. He also said there were inaccuracies in what BuzzFeed News was reporting, but did not provide specifics on what, if anything, was inaccurate.

“We have spoken to several people about potential stakes in the company for producing certain things,” Wernick said. He declined to get into the specifics of negotiations citing nondisclosure agreements he said were in place between Parler and the Trump Organization.

Cannon and Matze declined to comment. Bongino and a Parler spokesperson did not respond to emailed requests for comment.

A Trump Organization spokesperson did not respond to a request for comment.

Founded in 2018 by former college roommates John Matze and Jared Thomson, and Rebekah Mercer, the right-wing political donor and daughter of hedge fund magnate Robert Mercer, Parler focused on building a social network that would serve as an alternative to Facebook and Twitter by taking a more lax approach to content moderation. It billed itself as a site that allowed “free expression.”

While it struggled to gain traction in its early months, it soon became a home for conservative and far-right personalities who had been suspended or banned from mainstream social media. By late 2020, it had become a go-to online gathering place for hate groups, conspiracy theorists, and believers in the QAnon mass delusion, as well as prominent Republican lawmakers, including Sen. Ted Cruz and Rep. Devin Nunes.

NATIONAL POLL: Should President Trump Fire All Obama Holdovers? YES or NO

Interesting story, not sure I buy it.

But we will see!

I do believe Bongino about the site coming back and I can’t wait!

See you over there!