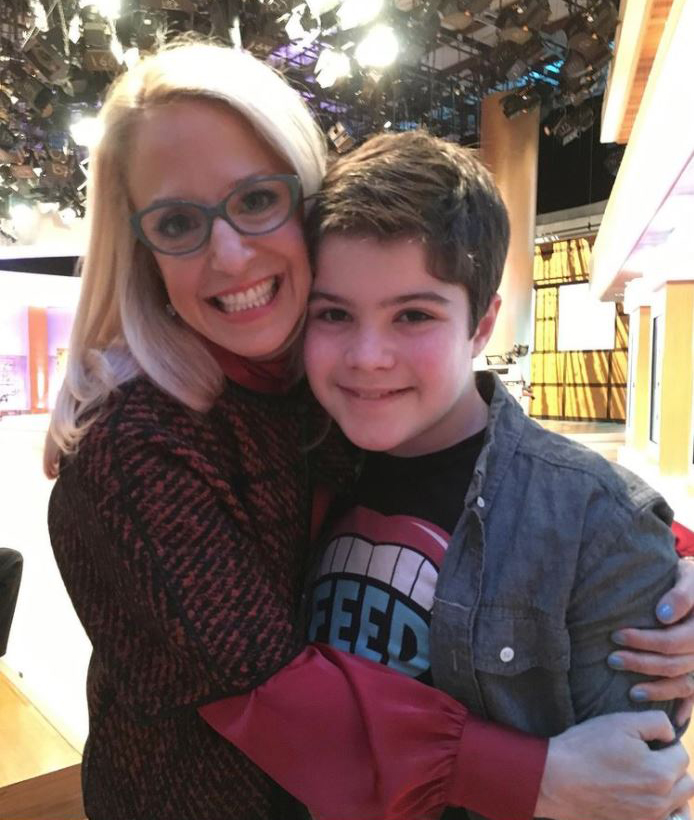 Celebrity therapist and relationship expert Dr. Laura Berman has shared a public warning about social media for parents after her son died in what appears to be a tragic accidental drug overdose.

Her son was lured into drug use through social media, she says.

“My beautiful boy is gone,” she wrote on Instagram on Feb. 7. “16 years old. Sheltering at home. A drug dealer connected with him on Snapchat and gave him fentanyl-laced Xanax or Percocet (toxicology will tell) and he overdosed in his room.”

The therapist warns parents to monitor their teens’ social media use to keep them safe.

“We watched him so closely,” she said in the post. “Straight A student. Getting ready for college … Please watch your kids and WATCH SNAPCHAT especially. That’s how they get them.”

According to CBS, Berman has asked Snapchat to cooperate with the police investigation into her son’s sudden death.

The social media company said not only will they cooperate, but they have a “zero tolerance” policy and prohibit users from exploiting the platform for “illegal purposes.”

Still, their policies did not manage to prevent the tragic, unexpected death of young Sammy Berman.

“My heart is completely shattered and I am not sure how to keep breathing,” the mother shared on Instagram. “I post this now only so that not one more kid dies.”

She later revealed to Good Morning America that she believes Sammy “thought he’d experiment with something and had no idea it would kill him.”

“He was playing video games with his friends, he was totally fine,” she added. “And then an hour later, I went in to talk to him about this internship that he wanted to do, and he was unconscious on the floor, not breathing.”

The grieving mom is still waiting on a toxicology report, which will reveal the exact drugs her son took before overdosing.

By sharing her story, Berman hopes more parents will become aware of the dangers social media can pose to children.

She explained she thought her son should have social media time to “at least stay connected” during lockdown and “feel less isolated.”

“I had no idea that there were dealers on there,” she said.

The Santa Monica Police Department stated, “A preliminary investigation leads us to believe prescription drug use may have been involved.” But they did not comment on the Snapchat platform or the role it played in Sammy’s tragic accident.

The social media app said in a public statement that they are “heartbroken by his passing.”

“We have no higher priority than keeping Snapchat a safe environment,” they shared. “We will continue to invest in protecting our community.”

According to ACT for Youth, 9 out of 10 teens utilize social media, with Snapchat ranking third in preferred apps, following YouTube and Instagram.

Researchers report that the internet poses a plethora of risks for teens; by age 18, 1 in 5 teens have already been exposed to unwanted sexual material online.

Monitoring apps such as Bark and Norton Family enable parents to keep tabs on their children’s mobile activity while still allowing them to stay connected with friends.