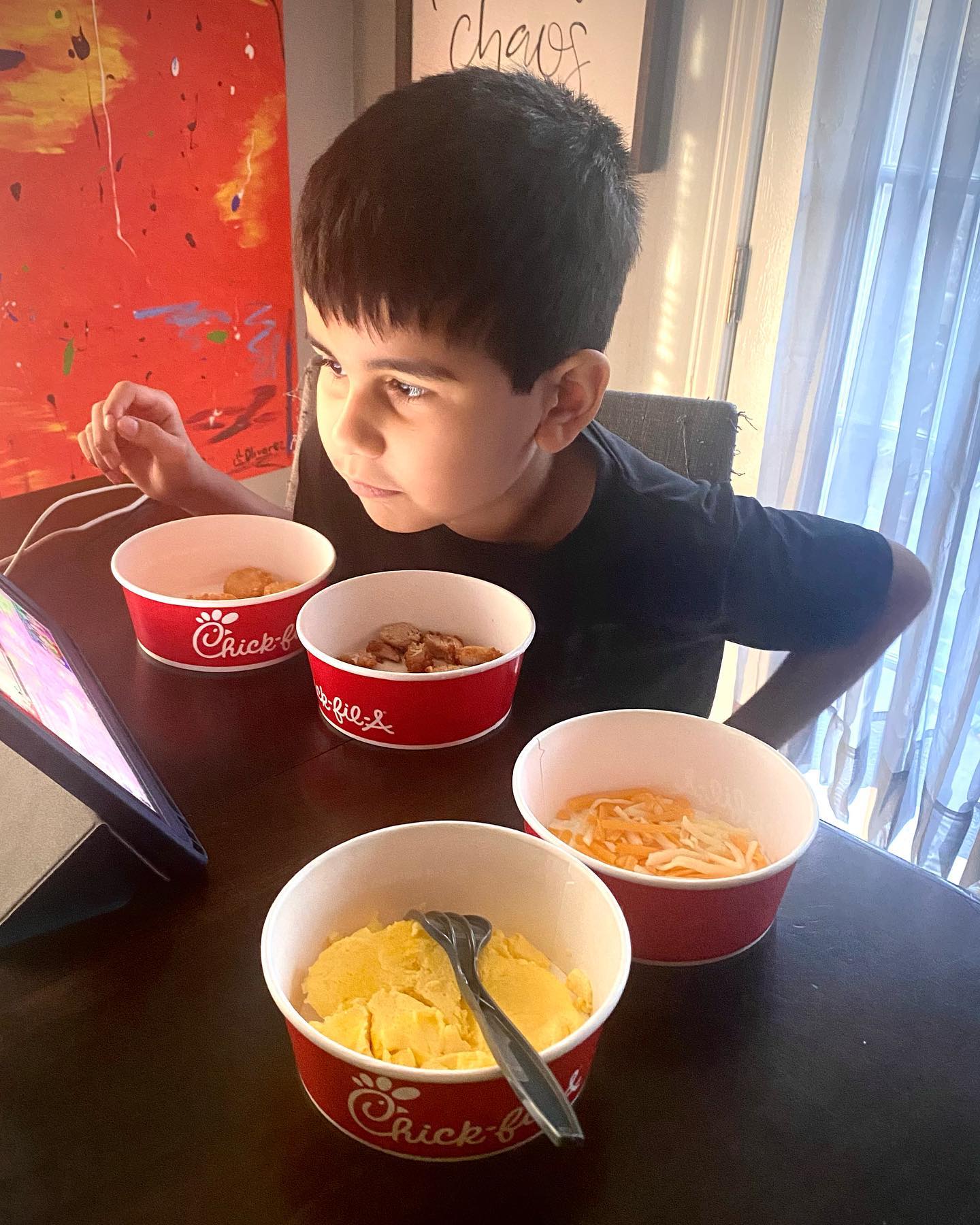 A Texas mom received such a kind response to her son’s unusual breakfast order at Chick-fil-A that she shared the story on social media. The incident touched thousands, as well as giving the mom a chance to spread awareness of her son’s diagnosis: autism spectrum disorder (ASD).

After visiting a Chick-fil-A drive-thru, mom Marlee Olivarez, of Edinburg, shared on Facebook a photo of her 8-year-old son, Matthew, happily tucking into his breakfast. Matthew’s hash browns, eggs, cheese, and chicken were placed in four separate cardboard takeaway bowls.

“Matthew wanted a breakfast bowl that has everything mixed together,” she wrote. “With the different textures, he asked if they can separate the ingredients … because he doesn’t like his food to touch each other.”

“Of course, Chick-fil-A gladly did it,” she wrote.

The grateful mom thanked the staffers for “understanding something someone might see as annoying or inconvenient.”

Olivarez told KVEO that mixing food textures is “pretty much a sensory overload” for Matthew, a fact that she was happy to explain when Chick-fil-A Hospitality Director Sam Guardiola approached to ask about Matthew’s order.

She wrote: “When getting to the window to pay, we waited a bit because they had to take the time to separate everything. The manager comes up and says ‘Out of the many years I’ve been working for Chick-fil-A, I have never heard or seen anyone ask for this item separated. I’m curious, is there a reason why?’”

Grateful for the chance to explain the ASD, the mom obliged.

“That was a perfect time to spread awareness and share how the mind and preferences of an individual with ASD work,” she wrote.

Guardiola, himself a father of three, told KVEO: “[Olivarez] informed me that it was because of her son who’s autistic, and he wanted to feel the texture of each individual item.”

“I understood her completely … it was more of a pleasure,” he said. “When she was so grateful for it, well, it just encouraged the whole team to do an even better job.”

Matthew was diagnosed with ASD in 2019. Olivarez remembered being in denial before her son’s official diagnosis, reported KVEO.

On the high-functioning end of the autism spectrum, Matthew was placing his Cheerios cereal in a straight line, color-coordinating his race cars, and getting picky with foods by the time he was a toddler.

“He preferred things to be separated from each other,” Olivarez told the news outlet.

Still judged by others with little knowledge of ASD and its behaviors, Olivarez is now on a mission to raise awareness and champion people living with autism in the Rio Grande Valley. The family’s impromptu teaching moment at Chick-fil-A was a great chance for Olivarez to spread her message, and the message caught on.

“All it takes is one person to start raising awareness,” she wrote on her social media page. “Together, we can create a community that has compassion, understanding, inclusivity, and awareness.”