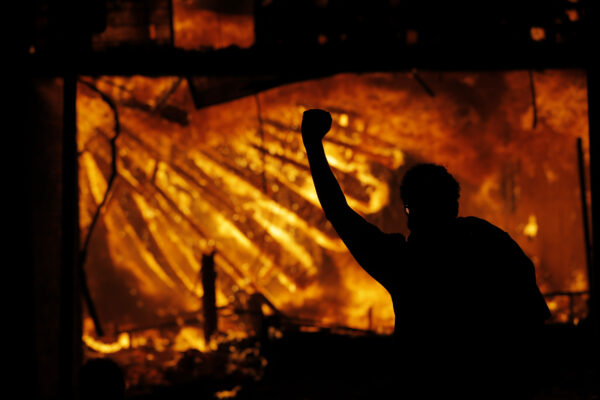 Minnesota Gov. Tim Walz activated the National Guard ahead of a trial for the officer who was charged in the death of George Floyd last year.

“There are some public safety events for which you cannot plan, and there are some for which you can. The upcoming trials of the former officers involved in the death of George Floyd have raised the potential of civil unrest in Minneapolis, St. Paul, and nearby communities,” Walz said in a statement on Feb. 5.

The trial for former Minneapolis officer Derek Chauvin is scheduled for March. Chauvin was charged with second-degree murder and manslaughter in Floyd’s death.

Walz’s executive order allows the National Guard to begin preparing and coordinating to assist with the trial. The Guard, according to Walz’s office, will be deployed at the request of the cities of Minneapolis and St. Paul—where rioters and looters ran amok last year, doing millions of dollars in damage to various businesses and public spaces.

According to the Star Tribune, Minnesota state officials have prepared for the trial for months in anticipation of more protests and riots. Three other former officers who were charged in Floyd’s death are scheduled to go on trial in August.

Walz previously activated the National Guard during riots and violence following Floyd’s death last summer—as well as when Chauvin was released from jail on bond.

Department of Public Safety Commissioner John Harrington said Minnesota’s plan for the upcoming trials will be different from how officials handled the riots last year.

Separately, Minneapolis Police Department Chief Medaria Arradondo said on Feb. 4 that the police force is down about 200 officers from where it was about two years ago. He said that 105 officers left the law enforcement agency, went on leave, or retired last year, reported CBS Local.

Arradondo predicted that some 660 sworn active officers will be on duty.

Chauvin’s trial is scheduled for March 8, while the trial of Tou Thao, Thomas Lane, and J. Alexander Kueng is slated for Aug. 23.