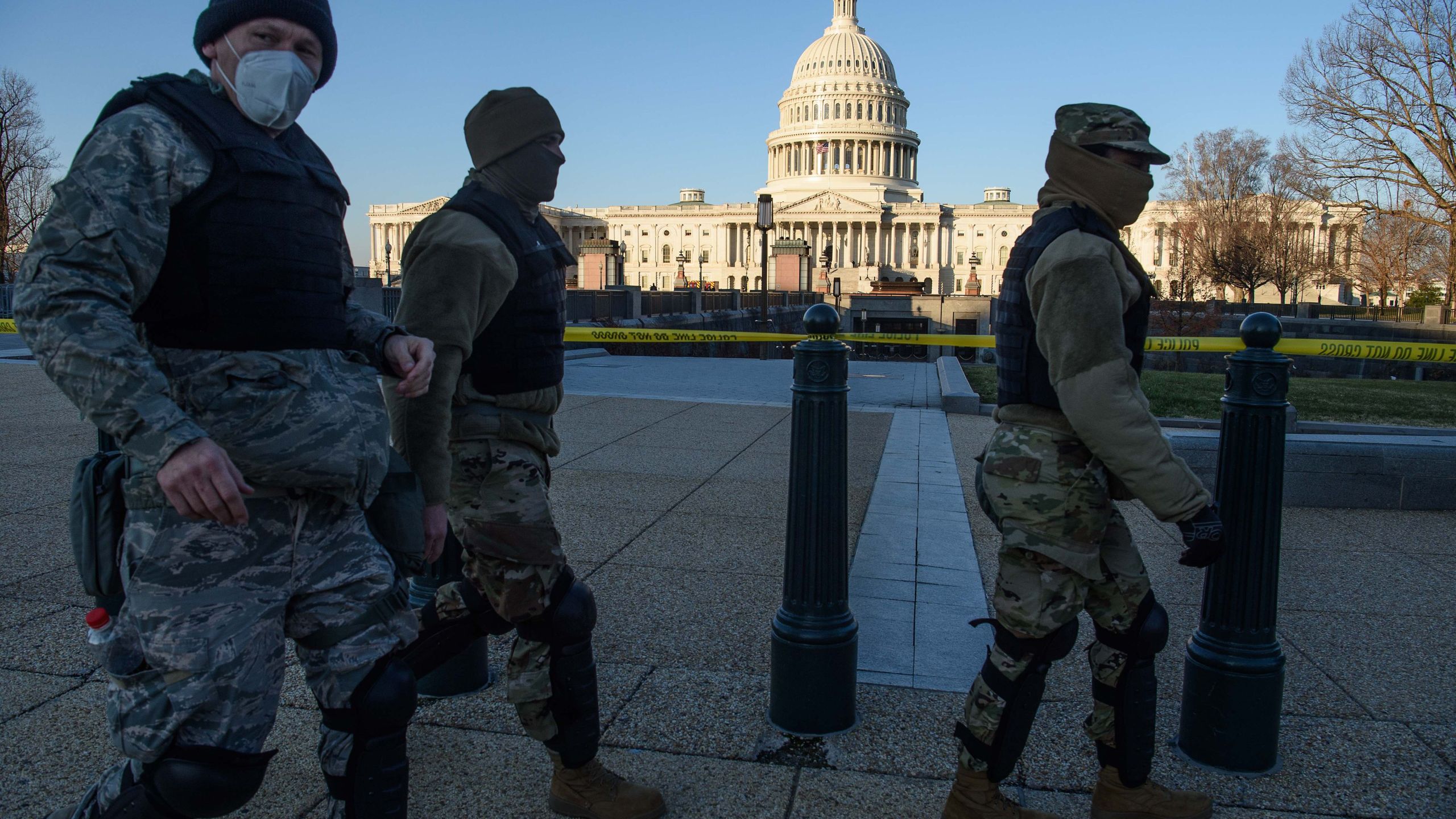 Rep. Jeff Van Drew (R-N.J.) has called the deployment of tens of thousands of National Guard troops on inauguration day hypocrisy and “overkill.”

Democrat-turned-Republican Van Drew, who serves as a member of the House Homeland Security Committee, told Newsmax on Saturday that he thought it was hypocritical of Democrats to send tens of thousands of National Guard troops to defend President Joe Biden’s inauguration when they thought it was unnecessary to deploy the same troops to protect public safety in several cities attacked by rioters over the summer.

“We didn’t need as many National Guard as we had in D.C.,” Van Drew said. “It looked like, literally, you were getting sworn in in Venezuela, as opposed to the United States of America. It was pretty crazy, and it was overkill.”

“Back then, they didn’t want any to come in, it would look to militaristic,” he said of the situations in Democrat-run cities like Portland. “So, which is it? I don’t know. I think there’s a moderation point,” he added.

He noted that most of the recent attention about domestic terrorism has been focused on the Jan. 6 U.S. Capitol breach, while rioting and violence by Antifa and other leftist advocates did not receive the same attention.

“We don’t talk about that and that was really violent,” Van Drew said. “We’ve had situations in the summer where cars were blown up, police officers were shot, buildings were completely destroyed, business areas were completely decimated.”

Van Drew’s comments came at a time of intense scrutiny over the decision to force National Guard members to rest in an underground parking garage after being sent to protect Washington. Lawmakers from both sides of the aisle expressed outrage and dismay over the decision, including Van Drew.

“What I am so tired of is politicians who love to give fancy speeches about how great our military is, but that’s the way they get treated,” he said. “That was unconscionable. It was unbelievable, it was unacceptable.”

The U.S. Capitol Police denied telling the guard to leave the U.S. Capitol. The incident is now being investigated by the Senate Rules Committee and the troops have since been relocated back into the Capitol complex.

A spokesperson for the National Guard told The Epoch Times on Saturday that at least 5,000 National Guard members will remain in Washington through until mid-March.

“As we continue to work to meet the final post-inauguration requirements, the National Guard has been requested to continue supporting federal law enforcement agencies with 7,000 members and will draw down to 5,000 through mid-March,” Maj. Matt Murphy told The Epoch Times via email.

“We are providing assistance such as security, communications, medical evacuation, logistics, and safety support to state, district, and federal agencies,” he added.

In the lead up to Jan. 20, tens of thousands of National Guard troops were sent to Washington to support inauguration day operations. The troops’ presence, as well as ramped up support from other security agencies, created a sense of heavy militarization in the nation’s capital.

Zack Stieber contributed to this report.