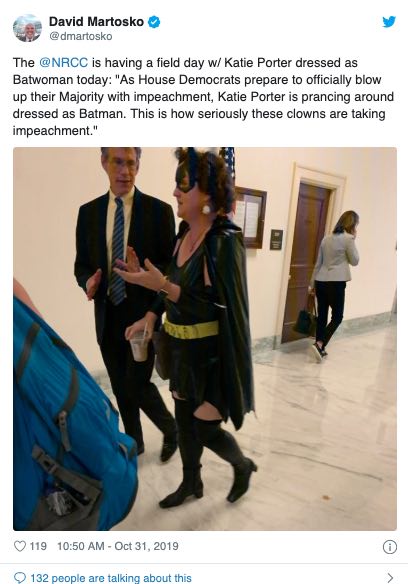 The friction began when the powerful and secretive House Steering Committee–run by the Speaker and her allies–removed Porter from the Financial Services Committee this year. Porter’s removal by the Steering Committee was, according to a report from the Los Angeles Times, for a simple reason: Porter flowered into a force of her own, overshadowing Waters while garnering praise from House progressive stars such as “squad” member Rep. Alexandria Ocasio-Cortez (D-NY), for attempting to “change the system that her colleagues have been operating under for years,” which particularly undermines committee leadership.