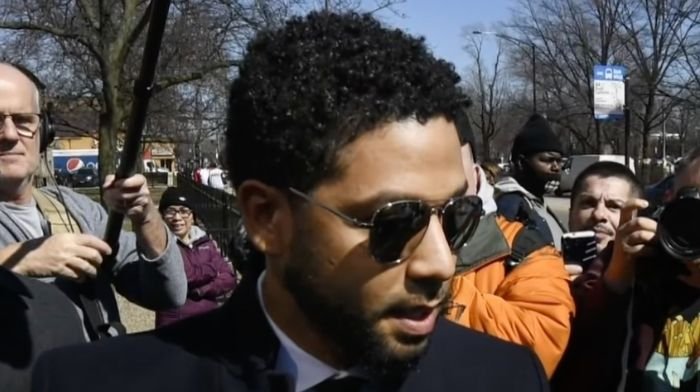 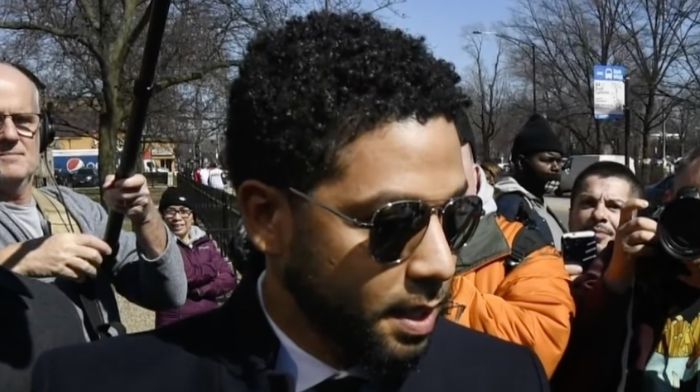 At one time, actor Jussie Smollett had a promising career in Hollywood. He was a regular on the hit show Empire up until the point he was supposedly attacked by a group of racist, homophobic Trump supporters who beat him and even placed a noose around his neck. With it being such a heinous alleged hate crime, Smollett catapulted into the spotlight as news organizations couldn’t pay enough to get an interview.

But as time went on, the truth came to the surface that Smollett wasn’t a victim of a hate crime, but was actually the one who orchestrated it. Having been found guilty of creating a hoax, the former actor recently released a song about how innocent he is.

The song, entitled “Thank You God” showcased Smollett dealing with the emotional toll of his arrest, trial, and claiming his innocence. He sings, “It’s like they’re hell-bent on not solving the crime, taking out the elements of race and trans and homophobia that’s straight taking lives, but turn around and act like I’m the one that killed the strides.”

The criminal who is now apparently a singer added, “Some people searching for fame, some people chasing that clout. Just remember this. This ain’t that situation. You think I’m stupid enough to kill my reputation? Just simply to look like a victim. Like it’s something fun. Y’all better look at someone else. You got the wrong one.”

Smollett also target CNN and hosts like Don Lemon, saying, “They had my own people, thoughts going off the wall. That’s why from L.D. to Don, I still got love for ya’ll. I know we’ll meet again, talk like real men. Instead of sharing shade in rooms and up on CNN.”

Although Smollett was found guilty and sentenced to 150 days in jail, he was surprisingly released only after serving six days. He was also ordered to pay the city of Chicago $120,106 and a fine of $25,000. But instead, it seems the former actor is too busy making singles and trying to propel himself back into the spotlight to worry about serving time in jail.

At the end of the video of the song, which features the lyrics, Smollett indicates that “every single cent of artist profits will be donated to Rainbow Pu$h Coalition, the Illinois Innocence Project, and Secure the Bag Safety.”

This piece was written by Jeremy Porter on April 11, 2022. It originally appeared in DrewBerquist.com and is used by permission.