“Journalists” from MSM demand Rumble to censor dissidents, particularly those who have different views from government on Ukraine – The Donald 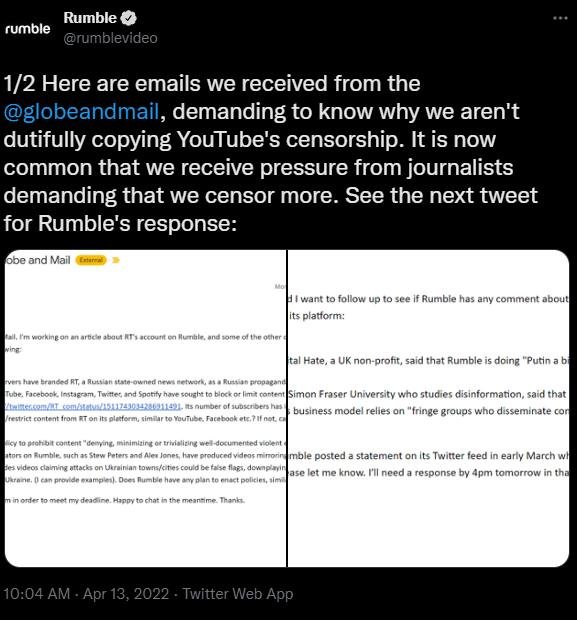 journalists are the enemy of the people

they are the lowest form of scum

even below politicians and lawyers..

they no longer report the news. they are simply partisan agents who push for things that would benefit there party

multiple outlets called for violent riots whenever milo would speak..

they are not newsmen. they are corrupt activists fighting to PROTECT the people they should be reporting on..

they are the Enemy of the people and need to be brought to heel.