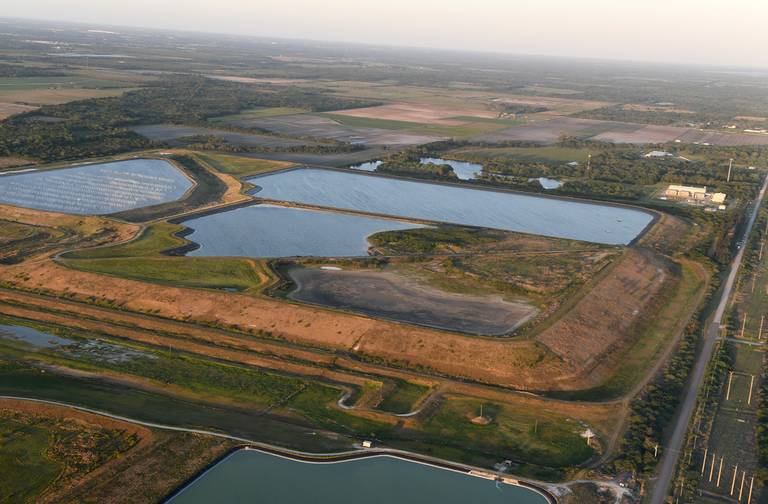 Cross Posted from The Free Press.

In 2003, Bob Hugli of the Florida Phosphate Council labeled Piney Point as “one of the biggest environmental threats in Florida history.”

During a press conference on Sunday morning, Florida Gov. Ron DeSantis and Manatee County Administrator Scott Hopes, named HRK Holdings as the group responsible for the breach at the former phosphate plant at Piney Point.

Today, in a press release issued exclusively to The Free Press, HRK Holdings is speaking out, and saying not so fast.

The release from HRK Holdings in it’s entirety:

To the Community of Piney Point:

HRK Holdings is working side by side with our partners at federal, state and county levels to safely manage the off-site discharge of water from one of the reservoirs at the Piney Point site. This emergency temporary discharge of mixed sea water under authority of an Florida Department of Environmental Protection (FDEP) emergency final order (March 29, 2021) became necessary in recent days due to an apparent leak caused by the degradation of the already defective lining system designed and installed within the reservoir by a third party engineering firm prior to HRK’s ownership.

We are grateful to the Manatee County Legislative Delegation for making the Piney Point Site Cleanup their top legislative priority this year.

It is important to note that the defective lining at Piney Point had already been installed before HRK Holdings acquired the property in 2006. Even though we inherited this problem, we have been determined to find a solution for the benefit of the community.   Since the original breach of the liner in 2011, HRK has operated the Piney Point site in cooperation with the FDEP.  The defective liner was continuously monitored and repaired by HRK with regular reports given to the relevant authorities.  Over the ensuing 10 years after the original liner breach, HRK has proposed numerous solutions to empty the cell and repair the liner.  These have included various water treatment solutions, a number of injection-well proposals, large-volume evaporation alternatives, and a reverse osmosis project.  All of these proposals were resisted by various constituents, and ultimately rejected.

HRK remains in civil litigation in Orange County Circuit Court against the responsible parties, including Ardaman & Associates, over the causes, damages and liabilities regarding the 2011 liner failure event at the site.  HRK believes the original design and installation of the liner prior to its taking ownership in 2006 was defective, and HRK believes the record will fully support this.  HRK is exploring further claims against these parties for the current breach.  FDEP, Manatee County, and Port Manatee are not parties to that litigation.

HRK considers itself a responsible member of the Manatee County community as well as a company charged with protecting Florida’s environment under applicable Florida laws and FDEP programs, policies, and rules, which is why it is working so hard to contain, control and ultimately resolve these present circumstances.  We promise to continue to offer our full cooperation and assistance in stabilizing the site and responsibly discharging the mixed sea water at Piney Point during the period in which the FDEP emergency final order remains in effect.