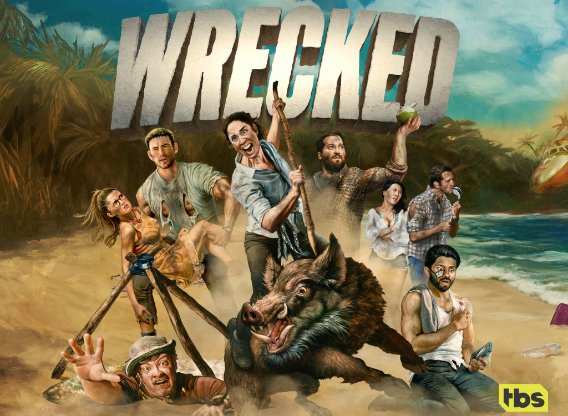 You don’t have to be Emile Zola to say “J’accuse!”

I accuse—in no particular order—Time’s ‘Person of the Year’ nominee and frequent Wuhan, China visitor/collaborator Dr. Anthony Fauci; the Democrat Party (aka the “party of science”) and their nauseating, self-congratulatory leadership; the mainstream media and all their pompous, even more self-congratulatory “ships at sea” from the New York Times to CNN; Dr. Birx and whatever bureaucrat from the CDC was showing his/her face this week; the endless echo chamber in practically every health department in all fifty states; the foreign health departments that largely echoed that echo chamber; Governor Andrew Cuomo of New York (more of him in a moment); Governor Whitmer of Michigan; that atrocious governor of Nevada whose name I can’t remember or bother to look up…. I could go on… all of whom participated in what has emerged to be what is indisputably the greatest national, no, international, health disaster of our time—the Hydroxychloroquine Scandal.

This shameful distortion of medical science was emblematic of how politics not only crept into the treatment of the CCP virus, it bludgeoned that treatment and resulted in untold thousands, perhaps millions, of deaths while simultaneously making life unbearable for an even greater number across the globe—in fact, for practically everyone.

All of those mentioned above either dismissed or heavily downplayed “hydroxy”—a cheap anti-malarial drug, also used for lupus, that had been around for decades and is known to have minimal side effects—for the treatment of COVID-19.

Why? As most of us are aware, a man they thought an ogre, whom they despised, who knew nothing of science, recommended it—President Donald J. Trump—so it had to be disdained.

And yet hydroxychloroquine (HCQ) apparently did and does work in many instances, if taken early in the illness.

This was known way back in June 2020 when the esteemed British medical journal Lancet retracted its support of a dubious study it had published opposing the use of HCQ.

“We all entered this collaboration to contribute in good faith and at a time of great need during the COVID-19 pandemic. We deeply apologise to you, the editors, and the journal readership for any embarrassment or inconvenience that this may have caused.”

This apology, made eight months ago, was largely ignored by the mainstream media because it didn’t fit their narrative. And, worse yet, it might have benefited the nefarious Trump.

At the same time, many independent doctors were insisting that HCQ was working for them with real patients. They were similarly dismissed by a rabid press that had neither the inclination nor skills to investigate. (Laura Ingraham, to her credit, featured several of these doctors on her cable show.)

Meanwhile, thousands, if not millions, died across the globe who needn’t have.

How many we will never know but it’s a safe assumption a good number could have been spared.

The pervasive use of this drug might not have entirely saved us from COVID, but it could arguably have reduced the pandemic to the level of a bad year of flu.

Whatever the truth, an apposite description for what happened might be outrageous.

And now the equally-esteemed American Journal of Medicine in its January 2021 edition has finally admitted the same thing. HCQ often worked. Immediate administration of the drug while the patient was still at home showed significant benefits, they said.

Where were they during the Year of the Pandemic?

Oh, never mind. Politics is more important. So what if there’s a little collateral damage like a country, a world actually, being locked down with children being kept out of school, economies failing, myriad businesses closing never to return, mass unemployment, and, not surprisingly, a spike in suicides, not to mention illnesses, some terminal, being untreated that normally were?

And, needless to say, when it comes to medical science, what is declared true in the United States has serious ramifications across the globe because “the whole world is watching,” and often imitating, what happens here. Everyone pays attention, unfortunately, in this case, too much attention.

After all, they got to hear quarantine faker Chris Cuomo set things to right, ridiculing the idiocy of hydroxychloroquine on CNN International.

Speaking of which, and speaking of politics bludgeoning medical science, we have new disturbing (to put it mildly) information about his brother, Governor Andrew Cuomo, the man who paraded himself daily and endlessly, with constant media fawning, on television as the savior of New York, possibly the nation.

We now learn this mega-narcissist was all the while underplaying—by roughly fifty percent—the nursing home deaths for which he was at least partly responsible. And we were so informed by a Democrat New York State Attorney General, of all people. (Unlike the MSM, she should be applauded for having the guts to tell the truth.)

Being a fake must be the family business.

It’s a classic case of “what did he know and when did he know it,” but don’t expect to have an answer to that question any time soon. (Gov. Cuomo, dismisses his AG’s report, pointing his finger, you may be shocked to hear, at the previous administration.)

So where are we? Not in a happy place, I’m afraid, though, thanks to the “election” of Joe Biden, political leaders who previously instituted the most onerous of lockdowns are suddenly lightening up. Your favorite corner Thai place may actually survive. Be pleased about that and try to enjoy the benefits of hypocrisy.

But be extra careful when that so-called “party of science” continues to sell you its bill of science goods as the new administration’s “climate envoy” John Kerry just did, asserting this year’s climate summit in Scotland is the world’s “last best chance” to avert climate catastrophe.

I have a suspicion, as cartoonist Josh wittily observes (check it out here), that there will be many more “last best chances” to come.

Roger L. Simon is an award-winning novelist, Oscar-nominated screenwriter, co-founder of PJMedia, and now, editor-at-large for The Epoch Times. His most recent books are “The GOAT” (fiction) and “I Know Best: How Moral Narcissism Is Destroying Our Republic, If It Hasn’t Already” (nonfiction). Find him on Parler (he hopes again, soon) @rogerlsimon