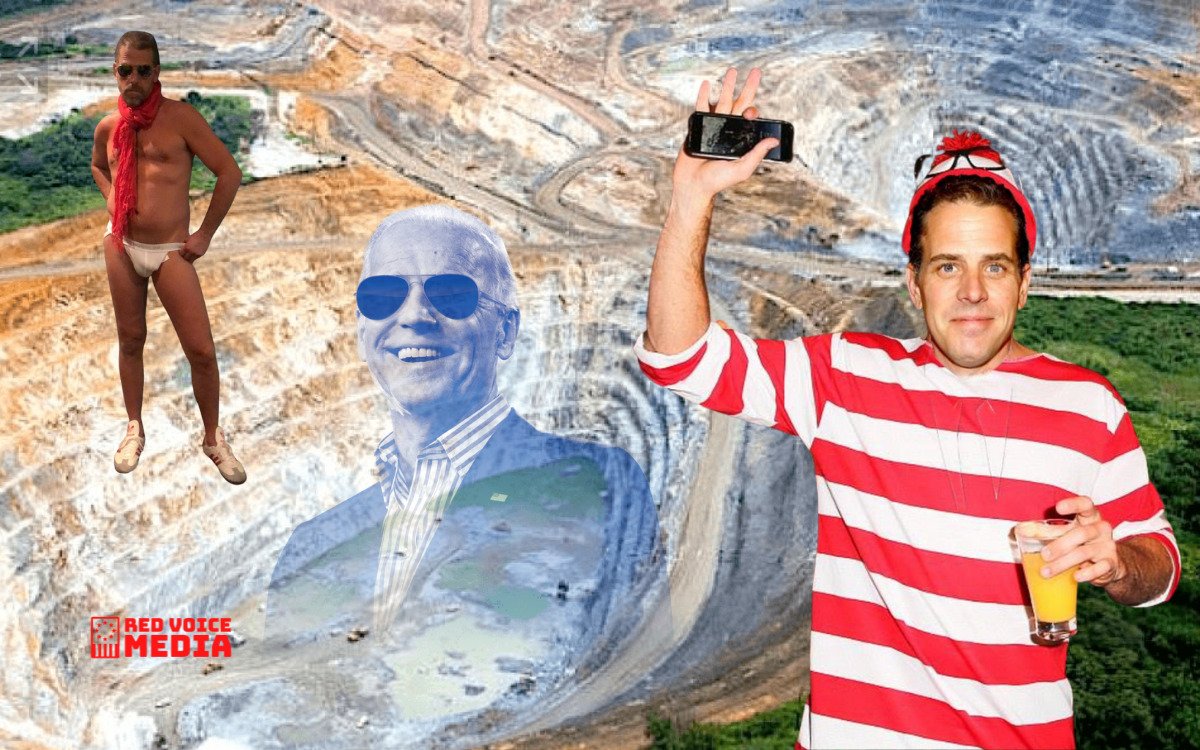 WASHINGTON, DC – It appears that House Republicans want to tap into the “expertise” of Hunter Biden regarding cobalt mining at an upcoming hearing on electric vehicles, citing that Hunter is “well-positioned” to speak on the matter.

On April 1st, the GOP’s Committee on Oversight and Reform’s ranking member, Rep. James Comer, sent Democratic Rep. Carolyn Maloney – who serves as the chairwoman of the committee – a letter formally requesting that Hunter testify at the electric vehicle hearing slated for April 5th.

“House Committee on Oversight and Reform Republicans request the attendance and testimony of Hunter Biden at the April 5, 2022, hearing titled ‘It’s Electric: Developing the Postal Service Fleet of the Future.’ Mr. Biden is well positioned to inform the Committee about issues pertaining to African cobalt mines – a metal which is essential in the manufacturing of electric vehicles.

“An attorney representing Mr. Biden in connection with the FBI’s investigation of his taxes and foreign dealings is copied on this correspondence for your convenience. Please confirm Mr. Biden’s invitation as soon as possible.”

On the same day, the letter was sent to Rep. Maloney, the official Twitter account of the Oversight Committee Republicans shared a copy of the correspondence, captioning the post with an obvious quip aimed at Hunter being an “expert” in the field of cobalt mining.

“It’s time for Hunter Biden to appear before Congress. [Rep. James Comer] is calling for the President’s son to testify at an upcoming hearing on EVs. Since Hunter is an “expert” in cobalt mining operations, his testimony could shine a light on the importance of the metal.”

Rep. Comer has been wanting to scratch the proverbial itch that relates to Hunter’s alleged involvement in the sale of an African cobalt mine to a Chinese company that occurred back in 2016, as Rep. Comer this past January sought any and all documents regarding the matter from the National Archives.

Back in November of 2021, the New York Times even covered the history of this unusual transaction in an article aptly titled “How Hunter Biden’s Firm Helped Secure Cobalt for the Chinese.”

Per the New York Times report, Hunter and two others established Bohai Harvest RST Equity Investment Fund Management Company, also known as BHR, which was a private equity firm registered in Shanghai that would make various investments and then “flips them for a profit.”

Reportedly 30% of the firm is controlled by Hunter and his two other American associates, while the remaining 70% is “owned or controlled by Chinese investors that include the Bank of China.”

Come 2016, BHR had what the New York Times called “one of its most successful investments,” with the purchase and later selling of CATL – a Chinese company that now serves as one of the largest manufacturers of batteries for electric vehicles.

In the same year as the CATL deal, BHR was also tied to a deal with a Chinese mining company called China Molybdenum, where China Molybdenum wanted to purchase the cobalt and copper mine Tenke Fungurume – located in Congo – from the American company Freeport-McMoRan for $2.65 billion.

Where BHR became involved in this endeavor was when China Molybdenum sought a partner to buy out a minority stakeholder in the Congo mine, Canadian company Lundin Mining, and BHR was the vehicle to facilitate this purchase.

Records reportedly show that the $1.14 billion BHR forked over to Lundin Mining all came from “Chinese state-backed companies.” Even the leftist-outlet New York Times conceded that they couldn’t understand why BHR “was chosen by China Molybdenum,” to aid in this deal.