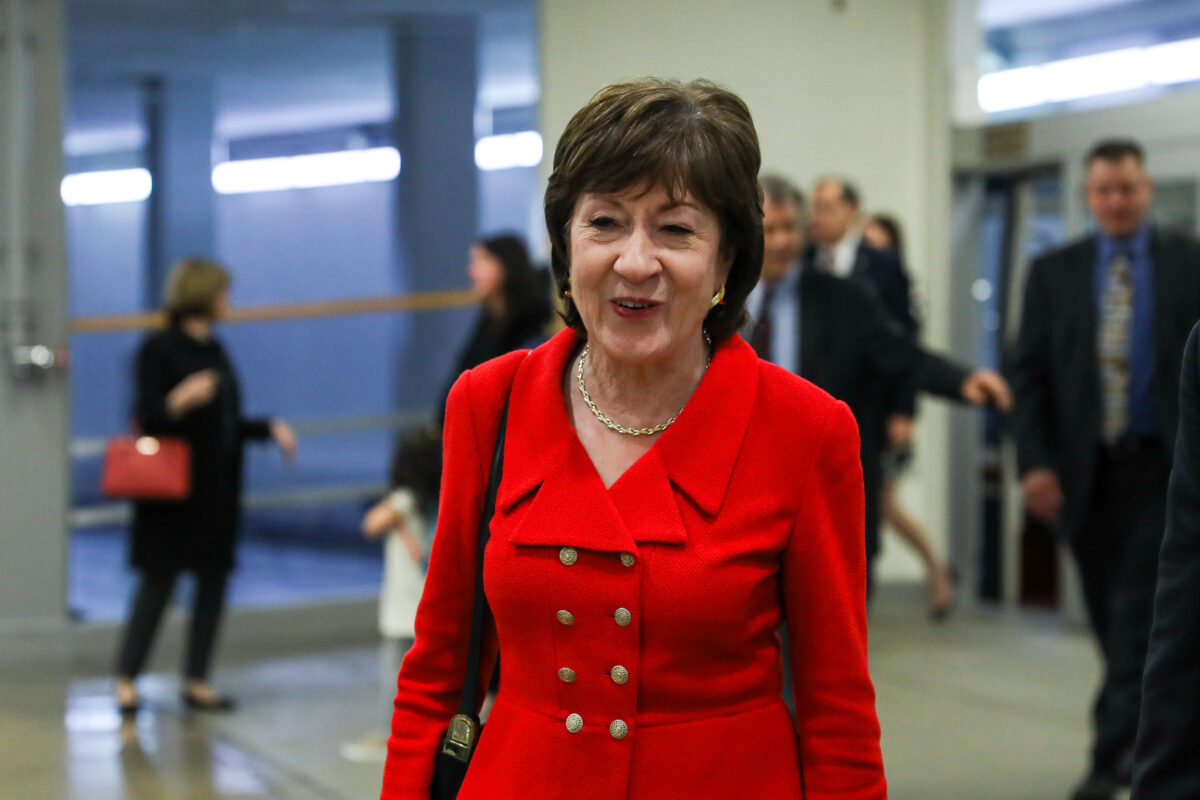 A group of GOP senators will meet with President Joe Biden at the White House on Monday after he invited them to the White House following their request for a meeting to propose an alternative CCP (Chinese Communist Party) virus stimulus package.

“We appreciate the President’s quick response to our letter, and we are pleased to accept his invitation to the White House tomorrow afternoon to discuss the path forward for the sixth bipartisan Covid-19 relief package,” the GOP senators said in a joint statement.

Biden on Sunday invited the group of 10 senators to meet with him “for a full exchange of views” after receiving their letter, according to White House Press Secretary Jen Psaki.

The lawmakers said they had developed their own framework for a COVID-19 relief package, which they say builds on previous relief bills that had passed with bipartisan support.

“Our proposal reflects many of your stated priorities, and with your support, we believe that this plan could be approved quickly by Congress with bipartisan support.  We request the opportunity to meet with you to discuss our proposal in greater detail and how we can work together to meet the needs of the American people during this persistent pandemic,” they wrote.

Their proposal came after Biden said he’s open to passing portions of his $1.9 trillion COVID-19 relief proposal via reconciliation if Republicans reject the measure. That includes $1,400 stimulus checks, unemployment assistance, and funding for local and state governments.

The senators said in their letter that while parts of the proposal mirror Biden’s plan, their proposal includes more targeted assistance.

“We propose an additional round of economic impact payments for those families who need assistance the most, including their dependent children and adults. Our plan also includes extending enhanced federal unemployment benefits at the current level and fully funding your request for nutrition assistance to help struggling families,” the letter states.

Biden said on Friday that he would like to receive support from Republicans for his proposal but indicated that it would pass even without their support.

“I support passing COVID relief with support from Republicans if we can get it. But the COVID relief has to pass—no ifs, ands, or buts,” he said.

It is not clear whether Biden is open to alternative proposals despite extending an invitation to the Republican senators. Psaki reiterated in her statement that the scope and size of Biden’s proposal are necessary to counter the pandemic.

“With the virus posing a grave threat to the country, and economic conditions grim for so many, the need for action is urgent, and the scale of what must be done is large,” she said.

Senate Majority Leader Charles Schumer (D-N.Y.) indicated last week that Democrats were willing to move forward with the next CCP virus relief package without Republicans and would potentially start the process next week.

“The dangers of undershooting our response are far greater than overshooting,” he said, adding that “the Senate as early as next week will begin the process of considering a very strong COVID relief bill.”

The new CCP virus relief bill comes just one month after Congress passed a $900 billion COVID-19 relief bill, which includes a $600 direct stimulus payment to most Americans making up to $75,000 per year, and $1,200 to couples making up to $150,000, with payments phased out for higher incomes.

Some Republicans are questioning the need for a large spending package just a month after the $900 billion relief package.

Article updated to include a response by the group of 10 senators.