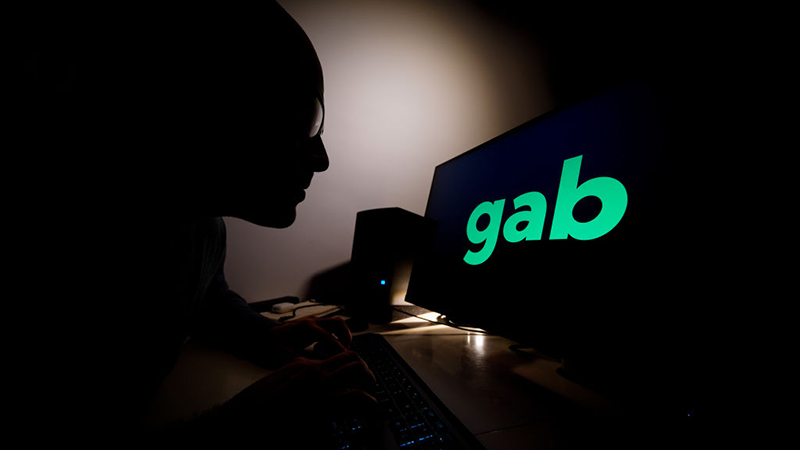 The free speech alternative to Twitter, Gab has been hacked, with those behind the action promising to release a treasure trove of information including passwords, private posts, and messages.

The hacking group calling itself ‘DDoSecrets’ says it has obtained 70-gigabytes of data, and has dubbed it “Gableaks”.

Among the “private posts, user profiles, hashed passwords for users, DMs, and plaintext passwords for groups,” is data for an account supposedly belonging to President Trump, as well as an account owned by Gab’s own CEO, Andrew Torba.

DDoSecrets cofounder Emma Best told Wired that the data “contains pretty much everything on Gab, including user data and private posts, everything someone needs to run a nearly complete analysis on Gab users and content.”

“It’s another gold mine of research for people looking at militias, neo-Nazis, the far right, QAnon and everything surrounding January 6,” Best claims.

Gab released a statement Gab announcing that it is “aware of a vulnerability” on its platform, claiming it has fixed it.

Torba charged that Wired is “in direct contact with the hacker and [was] essentially assisting the hacker in his efforts to smear our business and hurt you, our users.”

The Gab CEO labelled those behind the action “mentally ill tranny demon hackers”, further suggesting that they are “The same people” who “targeted law enforcement officers and their family members last summer.”

In addition to Trump, the hackers also claim that they have obtained the passwords of Infowars’ Alex Jones, Republican congresswoman Marjorie Taylor Greene, and MyPillow CEO Mike Lindell.

It is claimed that so far neither Wired nor DDoSecrets has attempted to decrypt the passwords, or gain access to the accounts.