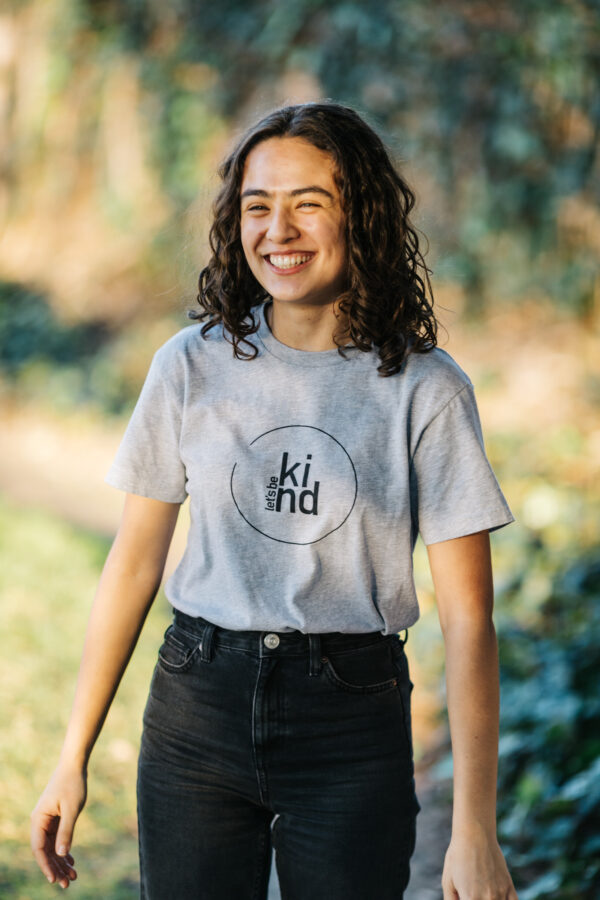 For Costa Mesa High School junior, Rebekah Robeck, kindness is more than a concept, it’s a way of living each day, and she’s made it her mission to spread her good-natured message to schools all over the state.

As on-campus classes resume in the Newport-Mesa Unified School District April 26, plans are being set to kick things off with an official “Let’s Be Kind” day.

Through her “Let’s Be Kind” campaign, 16-year-old Rebekah has shared the concept that being kind to oneself, and to others, creates an atmosphere that is welcoming and inclusive. It offers a chance for better communication devoid of assumptions or biases among students, teachers and parents, she said.

Kindness, Rebekah said, is something that “can be spread by anyone, anywhere, and it can be as simple as smiling at someone.”

After a frustrating year during the ongoing pandemic—attending school remotely and often stuck at home— the message will have special meaning for students, she said.

“Kindness, to me, is the way you treat not only the people you know, but also the people you don’t know with the most respect, making that person feel like they matter,” Rebekah said.  “I feel like people need this now more than ever.”

In 2018, during her Grade 8 year at Costa Mesa Middle School, Rebekah began to notice a lack of compassion and kindness surrounding her. She witnessed fellow classmates who were shy or lacking social skills being teased, which only caused them to recoil further both socially and verbally.

Her observations motivated Rebekah, who herself had been carelessly taunted, to take matters into her own hands.

Her concept was simple, she wanted to spread a message of kindness at a “Let’s Be Kind Day” at her school and show how being kind could spread and change lives. She explained her concept to her parents, who wholeheartedly encouraged the idea.

Soon after, Rebekah and her mom bought pizzas to hand out at her school.  They taped signs on the boxes that read simply “Let’s be kind to each other” and gave each student a slice and a smile. They were met with return smiles; kids who didn’t know each other began to chat over a shared slice.

As that message resonated, the Robeck family decided to take the next step in spreading Rebekah’s concept of kindness by printing t-shirts that read “Let’s Be Kind” and giving one to every student at her school.

To date, they’ve handed out more than 6,500 shirts to students throughout Costa Mesa and Newport Beach. Both cities now declare April as “Let’s Be Kind” Month.

In 2019, Rebekah was honored by Costa Mesa’s then-mayor Katrina Foley with the Costa Mesa Mayor’s Award.

“I see ‘Let’s Be Kind’ growing into an organization that reaches all students. I like telling people that my long-term goal is to have [the message] all over the world,” Rebekah said. “I know this is ambitious, but I truly believe it’s a message that will change our culture.  For now, I would like to see this movement spread to all schools in California.”